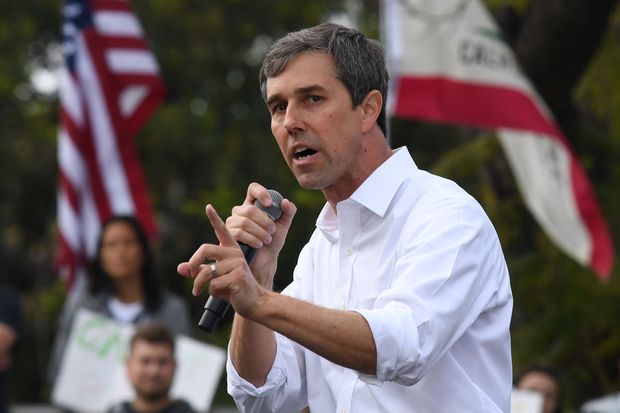 The proposal, the Medicare for America Act, first appeared as a 2018 paper by the Center for American Progress. It was a plan to expand government-run health care. It’s been called “the Democratic establishment’s alternative” to Sen. Bernie Sanders’s single-payer scheme. In March, Democratic presidential hopeful Beto O’Rourke endorsed Medicare for America in lieu of the Sanders plan.

Liberals might claim this prohibition is more innocuous than it sounds, because Americans can still use private insurance under Medicare for America in some circumstances. But the legislation squeezes out the private insurance market in short order.

For starters, the law would automatically enroll babies in the new government program at birth. The Center for American Progress’s original paper admitted that the auto-enrollment language would ensure the government-run plan “would continue to grow in enrollment over time.” The bill would permit people to opt out of the government program only if they have “qualified health coverage” from an employer. And even employer-provided health insurance would soon disappear.

Under the bill, employees would be able to enroll in the government program without penalty, but their employers would have to pay an 8% payroll tax as soon as even one employee opts into the government insurance. It makes little sense to keep paying to provide private health coverage if you already have to pay for the public option. Small employers would be exempt from this fee, but that simply means they could choose between paying nothing for health care or shelling out enough for “qualified health coverage.” The migration of workers and firms into Medicare for America would be a flood more than a trickle, creating a de facto single-payer system.

With everyone enrolled in Medicare for America, truly private health care would cease to exist. You could obtain heavily regulated coverage from private insurers, similar to the Medicare Advantage plans currently available to seniors. But going to a doctor and paying $ 50 or $ 100 cash for a visit? That would be illegal.

Doctors would no longer be permitted to treat patients without the involvement of government bureaucrats. The thousands of direct primary-care physicians currently operating on a “cash and carry” basis would either have to change their business model entirely and join the government program or disappear.

Medicare for America is unique in this particular provision. Under current law, seniors in Medicare can privately contract with physicians, albeit with significant restrictions. Doctors who see Medicare patients privately must agree not to charge any patients through Medicare for two years. The House and Senate single-payer bills, while banning private health insurance entirely, would retain something approaching these current restrictions for people seeking private health care.

Rather than empowering Americans to get the health care they want, Democrats are intent on forcing them to buy what liberals say is best. They would give the government massive power over medicine—but patients would have none of their own.

Mr. Jacobs is Founder and CEO of Juniper Research Group, and author of the forthcoming book “The Case Against Single Payer.”