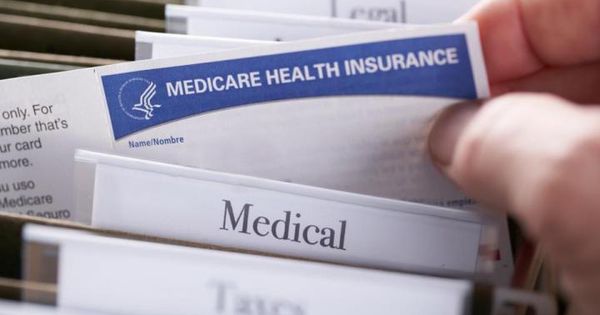 Shopping for a Medicare policy and even just understanding what Medicare covers can be maddeningly difficult. But the new United Income’s Medicare Advice free personalized shopping service and the new free What’s Covered mobile app from Medicare itself could help make things easier. That  app, sadly, has some serious limitations, though.

Making smart choices can mean saving serious money for people 65 and older, the age for the program’s beneficiaries.

“Out-of-pocket medical expenses for Americans over 65 average $ 4,300 a year,” according to a recent study by the Center for Retirement Research, said Elizabeth Kelly, senior vice president of operations at United Income, which is a financial services firm for boomers. “So it’s incredibly important to make the right choices. Unfortunately, the Medicare program is incredibly complex.”

Worse, if you don’t enroll in Medicare on time, you can get socked with steep financial penalties. That means higher costs for the rest of your life.

Here’s a look at each of the two new tools:

The United Income Service to Find the Right Medicare Coverage

First, the Medicare service released yesterday by United Income, a financial services firm geared to boomers: After spending about five to 10 minutes answering a few questions online about your health care preferences and needs, you then get United Income’s suggestions for coverage that’s most appropriate. To get there, the company reviews more than 300 options.

The first thing United Income determines is whether a user is eligible for the program or if Medicare is the best choice. “If you have access to retiree coverage through the military or a union, that may be a better option than Medicare,” Vincent notes.

Then, the service gets into trade-offs. Things like lower premiums versus the breadth of doctor networks and the need for pre-approvals for treatment.

Next, you’re asked to estimate your health expenses and your tax filing status.

United Income then tells you which types of Medicare and supplemental Medicare plans would be most suitable, why, and an estimate of your monthly premium. (United Income doesn’t have premium figures for Medigap policies yet, though.)

Medicare’s What’s Covered app, available on Apple’s App Store and on Google Play, came out in late January. It has one goal: to tell you whether Medicare Part A or Part B (treatment in hospitals and doctors offices) would cover your medical test or service, as well as basic cost information. The app is part of the government’s eMedicare initiative for computers, phones and tablets.

You don’t need to be a Medicare beneficiary to download or use the app.

“We’ve seen over the last couple of years an increase in mobile usage,” says Jon Booth, web and new media director for the Centers for Medicare and Medicaid services, ”so we thought the What’s Covered app would be a good opportunity to address what people are looking for on the Medicare.gov site.”

And, Booth added, “the app makes the information available to users if they’re offline or have spotty internet coverage in a doctor’s office. You can browse through it without needing an online connection at that minute.”

Put another way, the information in the What’s Covered app is the same as what you’ll find on the government’s Medicare.gov, just more accessible.

A Work in Progress

The What’s Covered app can be quite helpful, but it’s a work in progress.

For one thing, your search for what’s covered may turn up nothing because you didn’t enter the word or phrase Medicare is looking for. I found that when I tried out the app and typed in “heart scan” and got no results. A recent Kaiser Health News story  had a similar search problem.

“We recommend to users if the term you enter is not returning results, look at the A to Z list we provide of all items and services at the bottom of the screen,” says Booth. “We encourage using the most generic term you can. If you had searched ‘scan,’ you would have seen what’s covered for diagnostic, non-laboratory tests.”

The staffers behind What’s Covered, Booth says, are constantly updating and improving the app’s search results based on user experiences.

It’s also worth remembering that What’s Covered won’t help you learn whether a treatment or procedure is covered by Medicare Advantage plans, because their coverage differs so much.

“This is primarily targeted to people with original Medicare and maybe Medicare Part D (the prescription drug plan) and their caregivers,” says Booth. “That’s a substantial number of users.”