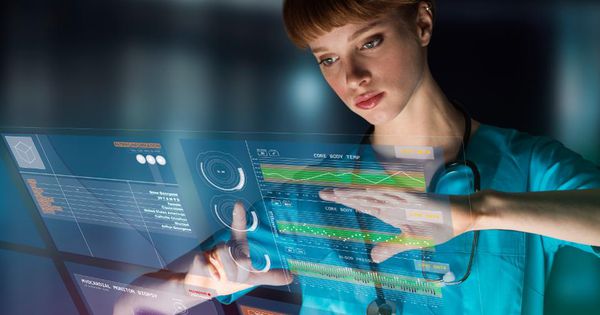 In July 2013, I signed on to become a Forbes contributor, wanting to teach doctors, politicians and anyone with an internet connection how to fix healthcare. After 170 articles, which have been read over 5 million times, I’ve learned at least as much from readers as I’ve explained.

Through mouse clicks and finger taps, Forbes readers tell me in real-time which healthcare topics matter to them and, through the absence of clicks and comments, which ones don’t. Over the past five years, the tone and substance of readers’ feedback has revealed major shifts in how they perceive the politics, business, technology and delivery of healthcare.

This sizable data set—millions of readers and thousands of opinions—opens a window into the future of American healthcare, allowing for educated predictions on the next five years.

1. The Politics Of Healthcare: Fatigue Setting In, But Polarization Grows

When the Obamacare exchanges launched in the fall of 2013, with the majority of ACA provisions rolling out a few months later, Forbes readers were hungry for information and analysis. In particular, they wanted specifics: How would this 1,000-page law actually work?

In the years that followed, reader interest evolved from what the ACA covered and required (i.e., pre-existing conditions and the individual mandate, respectively) to what would be lost if lawmakers “repealed and replaced” it.

Fast-forward to fall of 2018. Although voters named healthcare the No. 1 issue heading into the midterms, most readers had grown sick and tired of the “politics.” Years of partisan bickering left them uninterested in healthcare headlines referencing Republicans, Democrats or President Trump.

As usual, Forbes readers were voting with their clicks on what mattered most. Out were stories about political mudslinging. In were stories about how to make healthcare affordable and accessible. Out: “Fine-tuning the ACA,” as political moderates had once hoped. In: “Medicare for All,” which is riding a wave of reader interest, and points to a growing divide in America’s political alliances.

Prediction: If you’re familiar with the “Overton Window,” you know the more exposure we have to extreme viewpoints, the more “normal” they appear. It helps explain why Medicare for All went from a far-left talking point to an idea with a 70% public approval rating. Regardless of who’s in political control, big policy changes will happen over the next five years. An overwhelming Democratic victory in 2020 will move us toward universal coverage. Some variant of Medicare for All will become a reality. If Republicans return to full strength, economic control of healthcare will shift to the states and businesses, further eroding the ACA. Even without an overwhelming victory by one party, the trend of polarization and radicalization will continue, marginalizing any politician who dares attempt a healthcare compromise.

Read More:  How to Clean Your Penis After Sex – Sexual Hygiene for Men

Forbes readers love technology stories, but the past five years have taught us all to limit our expectations when it comes to healthcare innovations. In my first-ever Forbes article, I quoted a venture capitalist who predicted “technology can and should replace 80% of what doctors do.” He and others implied that it wouldn’t be long before healthcare benefited from the digital revolution in the same way other industries have.

Five-plus years later and we’re still waiting for artificial intelligence and smart wearables to transform care delivery. So far, every “too good to be true” technology claim in healthcare has been just that.

As readers grew leery of high-tech with low utility, articles like “Artificial Intelligence In Healthcare: Separating Reality From Hype” and “Can Your Wearable Device Really Help You Lose Weight?” attracted an increasingly skeptical Forbes readership.

Years of hype and hyperbole are now running head-first into reality. Inventors, entrepreneurs and venture capitalists once looked at the $ 3 trillion healthcare industry with dollar signs in their eyes. But physicians and consumers now see products like IBM’s Watson and the Apple Watch’s a-fib detection feature as “technologies in search of a problem.”

Prediction: Doctors don’t want or need the reams of data that today’s consumer-health products generate. Instead, they want devices that (a) reduce unnecessary care/visits by reassuring patients when they’re doing well, and (b) enable more immediate intervention when actual problems arise. Unfortunately, neither solution is coming soon. Such a device would come with medical liability, which no major tech company has the willingness or courage to accept. So, over the next five years, the VC world will become more skeptical, too, slowly reducing funding for healthcare startups while channeling a greater percentage of capital into other industries.

3. The Business Of Healthcare: Searching For A Worthy Disruptor

Forbes, the self-described “Capitalist Tool,” is a business publication. Its readers, therefore, remain captivated by stories about healthcare: the industry.

Recognizing that healthcare disruption is inevitable, Forbes readers have flocked to profiles on emerging powers, such as “Why Atul Gawande Will Soon Be The Most Feared CEO In Healthcare” and “Why Did Google Hire Geisinger CEO Dr. David Feinberg?” They’re also interested in knowing more about healthcare’s emerging disruptors (like CareMore), along with its fascinating failed experiments (like Turntable Health).

Prediction: The disruption of U.S. healthcare will begin within the next five years, either from here in America or just offshore. Corporations are tired of shouldering the rising cost of medical care. Amazon, part of a much-discussed nonprofit healthcare venture, wants to be the solution. A recent court battle between UnitedHealth Group and the online retailer reveals that healthcare’s legacy players are deeply afraid of what’s to come.

Read More:  The COVID-19 coronavirus is changing. What's not clear is what it means

It wasn’t that long ago that drug companies were the media darlings of healthcare with industry-friendly political connections. In recent years, however, sentiment has shifted from lauding “miracle drug” makers to condemning the way pharmaceutical companies and their execs manipulate prices—often at the expense of American families.

With strong evidence the drug industry puts profits before people, even during the ongoing opioid crisis, Big Pharma finds itself on the defensive. Congressional calls for greater transparency and accountability reflect the nation’s exhaustion and impatience. In response, drug companies continue to ratchet up political donations, hoping to again smother any legislation that would harm profits.

Prediction: Rather than Congress expanding drug company patents and protections, as it has for decades, lawmakers will impose new regulations in the next five years. Unfortunately, they won’t be the types of stringent rules needed to make life-essential medications affordable for patients.

5. Violence And Abuse: Coming To Grips With The Consequences

Today, Forbes readers are aware that what takes place in our homes and communities has a far greater impact on health than what occurs inside an exam room or local hospital. That might explain readers’ growing interest in intimate partner violence (domestic abuse) and adverse childhood events (ACEs), both of which result in higher rates of chronic disease, lower life expectancy, and a wide range of mental-health issues. Concern over the health consequences experienced by victims grew during the #metoo movement of 2017, as a whole new audience clicked on these previously published articles.

The magnitude of interest in these topics bodes well for victims of abuse and the curative role medicine can play in the future. As society’s long-kept secrets emerge from the shadows, healthcare professionals are being trained to identify signs of abuse and inquire proactively.

Prediction: These topics, once taboo, will become increasingly prevalent in healthcare conversations over the next five years. Physicians will step forward, asking all patients about their personal safety as a routine part of taking a medical history.

In the past five years, the “anti-vaccination” movement has gained steam, spreading from the quiet hills of Marin County, Calif., to towns throughout the country. We’re currently seeing outbreaks of diseases once hoped to be eradicated.

As a result, two stories on this topic, “A Doctor’s Take On The Anti-Vaccine Movement” (2014) and “Why Measles Vaccination Must Be Mandatory” (2015) resonate just as strongly with readers today and have generated thousands of comments across Forbes and social media.

Prediction: What’s keeping the anti-vaccine movement alive is the passion of its adherents and their success in influencing elected officials in various states to pass facilitating legislation. Doctors and health experts will exert increasing pressure to protect vulnerable individuals by eliminating “personal exemption” laws in the next five years. Unfortunately, it will probably take the death of an innocent child for common sense to prevail everywhere.

You might assume Forbes readers would view healthcare from a financial, not personal, standpoint. Like me, you might also presume that corporate executives wouldn’t go for stories on mundane topics like wellness and preventive medicine.

That’s why I was pleasantly surprised by the popularity of a 2016 article titled “A Prescription For Longer Life, Better Sex And Increased Happiness,” which told of a breakthrough discovery proven to “lower your risks of chronic illness, increase your life expectancy, improve your sex life, minimize your stress and expand your happiness.” The powerful solution, it turns out, isn’t an expensive new medication. It’s exercise.

Over the years, readers were taken by other “unsexy” cures, including: (a) the adoption of rigorous sepsis protocols in hospitals to save 70,000 lives each year, (b) a simple at-home colon cancer screening that could prevent 14,000 deaths annually, and (c) proven steps to prevent the hundreds of thousands of deaths that occur each year from medical error.

As a physician, I have been pleased by the positive response, but worry that article clicks don’t always lead to action. Readers remain interested in personal health and what they can do to avoid medical problems. But given continued increases in obesity and Type 2 diabetes, along with declining life expectancy, people aren’t doing enough about it.

Prediction: The psychological literature demonstrates that we are predisposed to making choices that deliver short-term reward over long-term benefit. We all know that walking 10,000 steps/day and eliminating sugary sodas from our diets would benefit our health greatly over time, but the short-term rewards of inaction are much sweeter. As a nation, we will continue to exercise our mouths over the next five years, talking big about self-improvement, while our waistlines continue to expand.

Conclusion: Our Surprising Fascination With Doctors

We conclude with what was the most surprising reader response of all over the past five years. At the end of my interview with Malcolm Gladwell in 2014, he urged me to “Tell People What It’s Really Like To Be A Doctor.” Nearly 650,000 individuals read the article.

The ability to battle illness has made doctors “the most godlike figures in our society today,” according to bestselling author Chip Heath. Even so, I didn’t expect so many people to care about “a day in the life” of a doctor.

Something about the fulfillment and frustrations of medical practice speaks to all of us. As a result of this article and reader feedback, the one prediction I make with total certainty is that no matter how much healthcare changes over the next five years, the practice (and even the business) of medicine will remain incredibly personal.