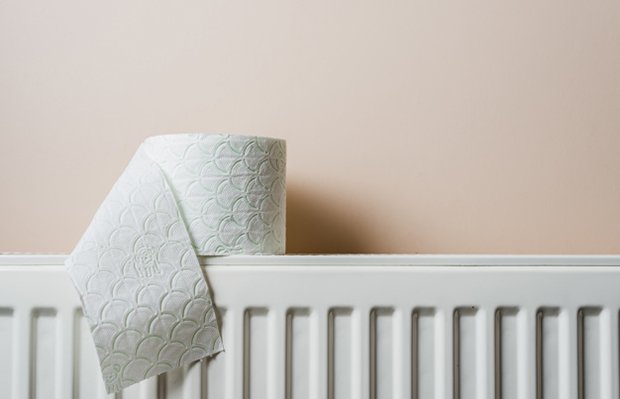 Here’s the thing about pee: It doesn’t really beg to be looked at on the TP.

Still, it’s wise to take a peek in the toilet after relieving yourself every once in a while. Most of the time, pee’s going to look exactly how it should: clear and pale yellow. But…what if it looks a little cloudy—opaque, even?

First, I know I say this all the time, but don’t freak. While, yes, cloudy pee is a sign that something is off, it’s likely nothing serious—there are several (totally NBD) reasons why your pee might be looking a little hazy, says urologist Dr Hajar Ayoub. Take stock of the following reasons why your urine might be a little off—and if things don’t clear up (literally) in a few pees, it might be time to see your doc.

Dehydration is a common culprit for cloudy pee, says Ayoub—but drinking more Diet Coke or iced coffee isn’t necessarily going to help you out. You need good old-fashioned H20, she says. That’s because any kind of caffeinated beverage can make dehydration worse. “When we don’t consume enough water, urine becomes more concentrated and crystallised,” says Ayoub. “This will cause irritation in the bladder and can lead to cloudy urine.” It’s recommended that the average adult drink about two litres a day (barring any fluid restrictions for medical reasons, such as heart and kidney diseases), she says.

2. You have a urinary tract infection.

Yes, every woman’s favourite thing—a UTI—can definitely cause your pee to look a bit cloudy. That’s because UTIs happen when bacteria infects any part of the urinary system (your kidneys, bladder, and urethra), but UTIs typically only infect your bladder or urethra, and can be caused by dehydration, constipation, or just not emptying your bladder all the way, says Ayoub.

That bacteria is what makes your pee look opaque: “Urine will sediment, stagnate and become a milieu for bacteria,” says Ayoub. A UTI can be treated with a round of antibiotics to crush the infection, and it’s definitely a “the-sooner-the-better” type of situation.

READ MORE: Uh, How Can I Make Myself Pee?

3. You have something called vaginitis.

Vaginitis is basically inflammation of the vagina, and it can also bring about murky urine along with abnormal vaginal discharge and an unpleasant odour, plus itching, and possibly even pain during sex, says Ayoub.

Vaginitis can also develop as a result of an allergic reaction to certain irritants and chemicals in personal care products like soaps or perfumed feminine products. If you think you might have vaginitis, see a doc—they’ll likely prescribe you an antibiotic or antifungal medication and things should clear up in a week or two

4. You have a sexually transmitted infection.

The tricky thing is, you if you’re not paying close attention to your urine and discharge, you might miss an STI—aside from a change in appearance or amount of discharge, many STIs are asymptomatic, she says. Check with your doctor if you notice abnormal discharge, experience any itching or pain along with cloudy urine, and ask for an STI test.

READ MORE: Let’s Clear This Up: Can You Pee With A Tampon In?

Kidney stones are literally good for nothing–and those sharp, spiky, painful-to-pass suckers, could be the reason for the fog in your pee.

“When moving, the stones might cause tiny scratches that result in blood in urine which then shows up as cloudiness,” says Ayoub. If the stones contain bacteria, they might bring on a UTI too, which again results in cloudy urine. “Also, if the stones break up, some pieces will make urine look cloudy as well,” she says. There’s literally nothing fun about kidney stones, so check in with your doctor and pray for a swift exit.

So, yeah, blood is red—but if it shows up microscopically in your urine, it could make your pee look more cloudy than pinkish, says Ayoub.

“Causes of blood in urine include UTIs, kidney and bladder stones, enlarged prostate, and—rarely—urinary tract tumours.” It’s important to note that not every cloudy pee contains blood, she says, but you should get your urine tested and see a urologist to be sure.

7. You have chronic kidney disease.

Just so you know, this one is highly unlikely in an otherwise healthy person, but chronic kidney disease (CKD) is still a possibility with cloudy urine.

CKD is a progressive decline in the kidneys’ ability to perform one of its main functions: filtering metabolic waste products from the blood. “This can lead to the excretion of protein, which makes the urine look cloudy,” says Ayoub. Other symptoms include nausea, fatigue, difficulty breathing, muscle cramps, and yellowing of the skin. The kidney damage is usually permanent, but treatment can help ease progression.

Diabetes is a chronic disease that develops when your blood glucose (or blood sugar) is too high. Insulin, a hormone produced by the pancreas, helps regulate that sugar and use it as energy. But when your body doesn’t make enough insulin or doesn’t use it properly, the sugar stays put in the blood instead of going to other cells.

There are two main types of diabetes: Type 1 occurs when the body isn’t producing insulin, and Type 2 (the more common of the two) occurs when the body isn’t responding to insulin properly. According to Ayoub, both types 1 and 2 can result in cloudy urine, “as they can cause sugar to appear in the urine when the blood sugar levels are elevated.” If you’ve had cloudy urine for a while—along with other common diabetes symptoms like urinating often and feeling extremely thirsty—check in with your doctor.

This article was originally published on www.womenshealthmag.com