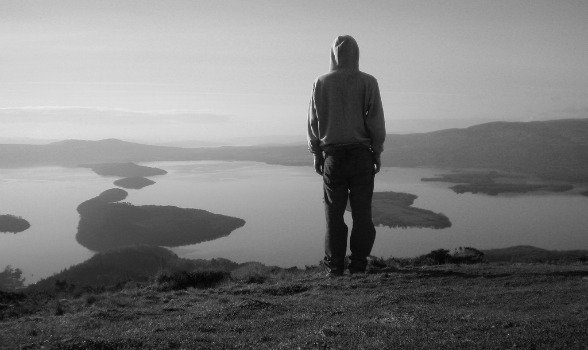 Danny Baker points out that teaching our kids about depression is as important as teaching them about sex and drunk driving.

Adolescents need to be educated about depression.

Adolescents need to be educated about depression so that if they find themselves experiencing the symptoms, they can realize that they’re suffering from an illness, and can then go about seeking treatment from there.

What happens if they’re not?

Looking back, a horrendously messy break-up and battling to juggle studying full-time Commerce/Law and writing my first novel is what brought on my first bout of depression when I was 19. Around that time, I found myself feeling miserable, almost every day. Almost every day, I felt overwhelmed by my life. Everything was such a struggle. Even writing—the thing I loved most—failed to give me any joy. I was always so anxious, always so on edge. I started feeling worthless, and I began to hate myself.

If I’d realized I may’ve had depression, then I would’ve told my parents, seen a doctor, gotten a diagnosis, and moved forward from there. But I didn’t have a clue what depression was. I thought I was just going through a rough patch. I had no idea I was suffering from an illness.

As a result, instead of getting professional help, I just spiraled further and further downwards. I tried to drown my misery in booze, which led me to become an alcoholic. Six months later I was still drinking like a fish, and also snorting coke five nights a week. A month after that, I started getting frequent suicidal thoughts. Then just after I turned 20—nine months after my symptoms first began making their way to fore—I found myself standing on the edge of a bridge, fantasizing about ending it all and finally being “free”.

Read More:  Being happier will help you live longer, so learn how to be happier

I didn’t end up jumping. At long last realizing that something was wrong, I called my mum and told her everything that had been happening. She took me to see a doctor right away, after which I was finally able to start crawling up the tall, steep, rocky mountain that eventually led to recovery.

But that’ll never happen to my kid!

You may think that what happened to me is atypical. You may think it’s a freak occurrence that only happens to “other peoples’ children.” My kid will never get depressed, you may be convinced, so why would I want to expose his innocent mind to something so dark?

If you feel this way, then let me give you some stats.

At the time of writing, in the US, the UK and Australia, as many as 20% of teens will experience depression before they reach adulthood.

Measuring rates of self-harm has proved difficult for a variety of reasons, but there have been studies that estimate that 6-7% of 15-24 year olds intentionally hurt themselves, and other studies that suggest the figures are as high as 12-20%.

For youths aged 15-24, suicide is the third leading cause of death in America.

For the same age group, it is the second leading cause of death in the UK.

And for the same age group in Australia, it is the leading cause.

Depression is persecuting youths all over the globe. It’s a worldwide epidemic that’s everywhere you turn—even if you don’t know it, even if the sufferer themself doesn’t know it. Regardless of age, gender, sexuality, religion, color or creed, teens are at risk for a myriad of reasons. Isn’t it best that they’re educated to spot the warning signs if they do fall victim?

Read More:  New vaccine for malaria developed at IME could be more effective

We’re always stressing the importance of safe sex and not driving under the influence—and rightly so. But given its rampant prevalence and the terrifyingly high youth suicide rate, it’s paramount that we add depression to that list of “must have” conversations.

So if you have a teenage kid, it’s time to have a chat. Just like with safe sex and drunk driving, it may not be directly applicable to them now, or next year, or even in five years. But one day, it could save their life.

Get the best stories from The Good Men Project delivered straight to your inbox, here.

Sign up for our Writing Prompts email to receive writing inspiration in your inbox twice per week.
—