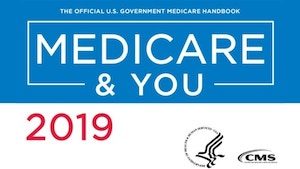 The annual Medicare open enrollment period ends soon.  America’s seniors have faced a blizzard of dismaying news about the program. Here are some excerpts from newsworthy stories that you should be aware of.

While the previous story unveils how the Medicare program has flopped in communicating reliable cost information to seniors this year, Politico shows how the program made plans to promote the image of its top administrator, Seema Verma.  For example, a plan “to have Verma profiled as one of CNN’s ‘Badass Women of Washington.’ ” The story reminds readers: “Federal officials are prohibited from spending taxpayer dollars for publicity purposes, or using their public office for private gain.”

The story delivers a lot of unquestioning PR gibberish – as with this line: “We are expanding access to UnitedHealthcare Medicare resources to better serve our members, providing them … the customer service and information they desire locally within Walgreens,” Readers appeared skeptical. Excerpts from comments left online:

Lieberman writes: “Medicare reporting, once a staple of health care journalism, has disappeared from the health and political beats, leaving the public to get its Medicare news via advocacy group press releases and sponsored content or ‘submitted news,’ once known as advertising.”

These four stories do not paint a picture that inspires confidence in the quality of information that seniors receive as they try to make important – and costly choices. The fact that people hate shopping for health insurance gets some news coverage; the reasons why need more attention.

A year ago, as I was shopping to enroll in Medicare for the first time, I wrote this piece – “Making Medicare choices in a marketplace mess:  emperor wears no clothes”  – about what I had experienced. The goal of that piece – the same goal as with this piece – is to nudge journalists to tell real peoples’ stories about the Medicare maze.  But enrolling in Medicare is just one thing; finding your way through the coding and the billing is much worse.

And after you’ve made your insurance choice, wait till the reality hits when you seek medical care and then hold your breath to see what will be covered. These are the stories that journalists could tell – stories from real people who feel blindsided when the bills come in and they discover what isn’t covered.

Dunn, 69, called the doctor’s office assuming there was a billing error. But it was no mistake, she was told. Medicare does not cover an annual physical exam.

The story explains that Medicare will pay for an “annual wellness visit” – a checklist visit that sounds like it pays for much more than it really does. One doctor told me, “It’s not much more than running through a checklist.”  KHN reported:

And Medicare will pay for a one-time “Welcome to Medicare” visit.  Like the annual wellness visit, it’s quite limited in what it covers.

I don’t like first person reporting. But I’m trying to educate readers about the Medicare maze.  I certainly didn’t appreciate the depth of this problem until I was thrust into the system at the beginning of 2019.

Like Beverly Dunn, I changed primary care physicians this Fall. After 15 years with my former MD, I chose one who lived much closer to my home.

I read the Medicare information and knew that physicals and most preventive care wouldn’t be covered.  I wanted only two things from my initial visit:  the chance to meet my new physician and the need to get three prescriptions refilled.  That’s what I told the clinic scheduler when I called to make my appointment.  As clear and simple as those two reasons were, I remember that the scheduler seemed confused about how to label the appointment.  She wanted to call it a physical.  I told her that was wrong and again repeated the two simple reasons for the visit.

One month later, I received the only written communication I ever received from my new clinic prior to my first visit.  It arrived only one business day before my appointment.  The entire point of the note was to emphasize – someone even used a blue highlighter – that preventive exams would NOT be covered by Medicare. I was surprised, and thought, “What the….? Do they think I scheduled a physical?” So I immediately called the clinic and clarified why I had made the appointment.  The phone records show that I was transferred twice.  On one of these calls, a clinic staffer said, “Well, don’t worry.  You can always re-emphasize the reason for the visit when you come in – regardless of what the scheduler wrote when you made the appointment.”

The next day, I arrived for my appointment and told the nurse who checked me in and the doctor – clearly and emphatically – about my concerns about how this would be coded and billed.  They both nodded and voiced understanding and agreement.

Cut to the chase:  I was hit with a $ 319 for a preventive physical exam that I didn’t want, need, nor ask for.

Over the last three weeks I have made at least 20 contacts (email and phone calls) with the clinic, the doctor, Medicare, my Medicare supplement insurer, and a state agency that helps seniors with Medicare and other questions (Senior LinkAge Line).

In the end, I discovered that the clinic applied the wrong Medicare payment code to my visit. (A state agency staffer told me, “Billing departments are clueless about coding.”)  But finally, after three weeks and dozens of calls and emails, I learned that “because you are a new patient, in order for the clinic to get paid by Medicare you would need to have a physical for the doctor to have a complete understanding of your needs. So going forward, your visits can be coded according to why you came in, but the initial visit could not.”

No one had ever explained that to me – or at least not clearly and definitively.

This whole thing was so stressful for me. I lost sleep for nights. It’s not that I couldn’t afford it, but it didn’t seem right.

That is exactly what I am feeling.  Although $ 319 isn’t going to break the bank, nobody can afford to throw $ 319 out the window for something you didn’t need, want, nor request. I know this dollar amount is peanuts compared to some of the ripoffs that occur in our health care system.

Read More:  Why you need a bushfire plan for COVID-19

What is very difficult for me to accept is that all parties seem to agree: I did all the right things and there’s nothing I could have done differently.

I’d like to say this is a lesson for others but the only lesson is this: Don’t switch doctors while you’re on Medicare.  You’re going to lose at least a couple hundred dollars. And nobody tells you that until you get the bill.

The person who helped me the most at a state agency said:

The medical system is failing us miserably on these matters.  You believe you did everything right but then you get the bill. This is fraud.

Both federal and state agency staffers urged me to consider filing a Medicare fraud-waste-abuse complaint. Right now I’m tired of pursuing this and my appeal would probably go nowhere because the clinic erroneously entered in my chart – right at the top – “Patient is here for a complete physical exam.” And what’s in the chart is apparently irrefutable, even though totally inaccurate.

I don’t know if that’s fraud.  But it certainly isn’t right.

Mine is just one story based on one year of experience with Medicare. I found many similar stories online.

I don’t want this to be construed as an anti-Medicare piece.  Indeed, read Trudy Lieberman’s account of her catastrophic illness.  She writes: “Medicare and a good supplemental policy from my long-time employer whittled (a $ 3 million bill) total down to about $ 2,500 in out-of-pocket costs. Medicare’s prohibitions on surprise or balance billing saved us from bankruptcy.” She shudders to think what her out of pocket costs may have been on a Medicare Advantage plan, and encourages journalists to spend much more time explaining the important differences between traditional Medicare (with a supplement plan) and the Medicare Advantage plans.

Journalists should get away from their computer screens and talk to people on Medicare. Their stories are waiting to be told – to help others.

Right now, a great deal of the nation’s journalism bandwidth is devoted to reporting presidential candidates’ pie-in-the-sky health care reform proposals. Why not transfer some of that energy to reporting on the problems – even just the communication issues outlined in this piece – that exist with the current program?

Cheryl Clark published this piece later today for MedPage Today: Medicare Advantage enrollees discover dirty little secret – Getting out is a lot harder than getting in.