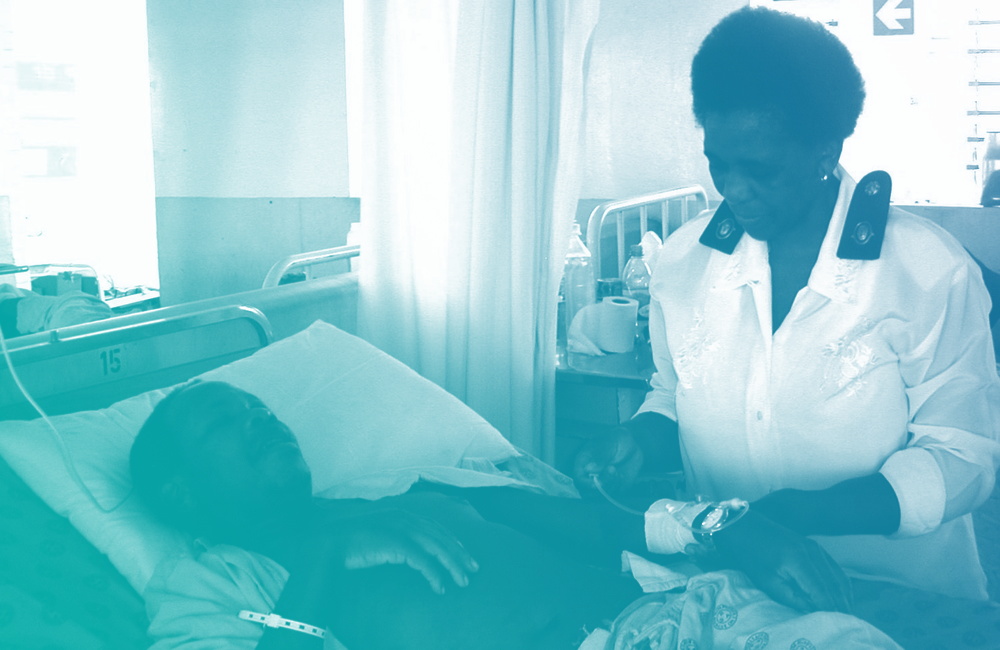 A study from South Africa and Malawi published online ahead of print in Clinical Infectious Diseases highlights the urgent need for better management of people with TB and HIV co-infection. It shows how suboptimal implementation of TB and HIV standards of care is causing unnecessary human suffering and untimely deaths in people living with co-infection. This study reinforces the necessity of due diligence in ensuring that every component of the evidence-based model of care for TB and HIV is taken care of.

The study reported an alarmingly high mortality of 31% at the end of two months. One-third of these deaths took place within one week of hospitalisation, while another third occurred after the patient was discharged.

The outcomes of the study put the spotlight on the fault-lines of HIV and TB programme implementation. On the one hand the study found that the majority of the study participants (83%) knew their HIV status, 80% of them were on antiretroviral therapy (ART) and the median duration of ART was over one year. Also, within two days of TB diagnosis half the participants had started anti-TB treatment.

A shortage or change in the size or function of red blood cells. These cells carry oxygen to organs of the body. Symptoms can include shortness of breath, fatigue and lack of concentration.

A unit of heredity, that determines a specific feature of the shape of a living organism. This genetic element is a sequence of DNA (or RNA, for viruses), located in a very specific place (locus) of a chromosome.

A test used to measure something.

The second preferred therapy for a particular condition, used after first-line treatment fails or if a person cannot tolerate first-line drugs.

Read More:  What are the different kinds of migraine

But on the other hand, it is alarming to note that 93% had advanced HIV as defined by the World Health Organization (WHO). The median CD4 count was 75, and even in those who had been on ART for more than six months (58%), the median CD4 was very low at 96. The median HIV viral load of those on ART for over six months was very high at 557,000, which is highly suggestive of ART failure. One-third of ART-naive patients were not initiated on ART even after two months of anti-TB therapy.

This study not only points towards our failure to put into practice scientifically robust ways of managing TB and HIV, but also suggests interventions which can potentially improve TB and HIV programme outcomes.

Dr Ankur Gupta-Wright and colleagues conducted a prospective cohort study, nested within the STAMP randomised controlled trial, in 322 hospitalised TB-HIV co-infected patients in two hospitals in Malawi and South Africa, between October 2015 and September 2017. The study aimed to describe clinical phenotypes of these patients so as to triage them for intensified care and/or specific interventions to reduce their risk of death.

Every study participant had a HIV test (if status was not known) and sputum test for TB through Gene Xpert. In the control group of the study (standard of care arm), urine samples of patients were frozen and stored, and tested retrospectively for disseminated TB using TB-LAM Ag Assay (TB-LAM) and Gene Xpert. In the study group (intervention arm), urine samples of patients were tested for disseminated TB using TB-LAM as well as Gene Xpert. TB-LAM is a urine-based TB test which, unlike other TB diagnostic methods, has improved sensitivity in seriously ill HIV-positive people, especially those with low CD4 counts.

A positive TB-LAM urine test is indicative of disseminated TB in people living with HIV and advanced immunodeficiency. (Disseminated TB is when TB has spread from the lungs to other parts of the body through blood and lymph system). A majority (78%) of the study participants tested positive for disseminated TB. They also had more functional impairment (bedbound and unable to perform usual activities thus increasing likelihood of hospitalisation), poorer nutritional status, lower CD4 cell counts, and were more likely to have WHO danger signs, sepsis and severe anaemia.

The study authors note: “This strong relationship between disseminated TB and immuno-suppression in patients taking ART prior to admission suggests that urine-positive TB [disseminated TB] could be an indicator of ART treatment failure.” They rightly point out the importance of TB-LAM test (on urine samples) for early and accurate diagnosis of disseminated TB. Disseminated TB often does not manifest usual pulmonary TB symptoms such as cough and fever. As disseminated TB can be a possible indicator of virologic failure, the opportunity to diagnose and treat it early should not be missed.

Moreover, anaemia was very common with only 9% of study participants having normal haemoglobin. In fact, almost one-fifth had life-threatening anaemia.

The data suggest that the viral load testing capacity has to be scaled up to meet the need of virologic monitoring of every person living with HIV and on ART. Viral load reports should inform ART regimen change without delay.

The study authors also hope that “the impending roll-out of dolutegravir in the region may impact the degree of ART failure seen amongst inpatients.”

The study describes clinical phenotypes of TB-HIV co-infected hospitalised patients based on their baseline risk-profiles. The risk of death in these four groups varied from 10% to 53%. The two groups with the highest risk included predominantly male patients having problems with usual activities, WHO danger signs, severe anaemia, low CD4 count (median CD4 of 78 and 38 in the two groups), and disseminated TB (over 80% in both groups). Timely intensified interventions could potentially improve outcomes for these groups, including survival.

Gupta-Wright and colleagues suggest possible interventions to improve the outcomes of HIV and TB programmes, such as:

With about 131 months left to meet the end TB and AIDS targets by 2030, it is imperative to optimise programme effectiveness.