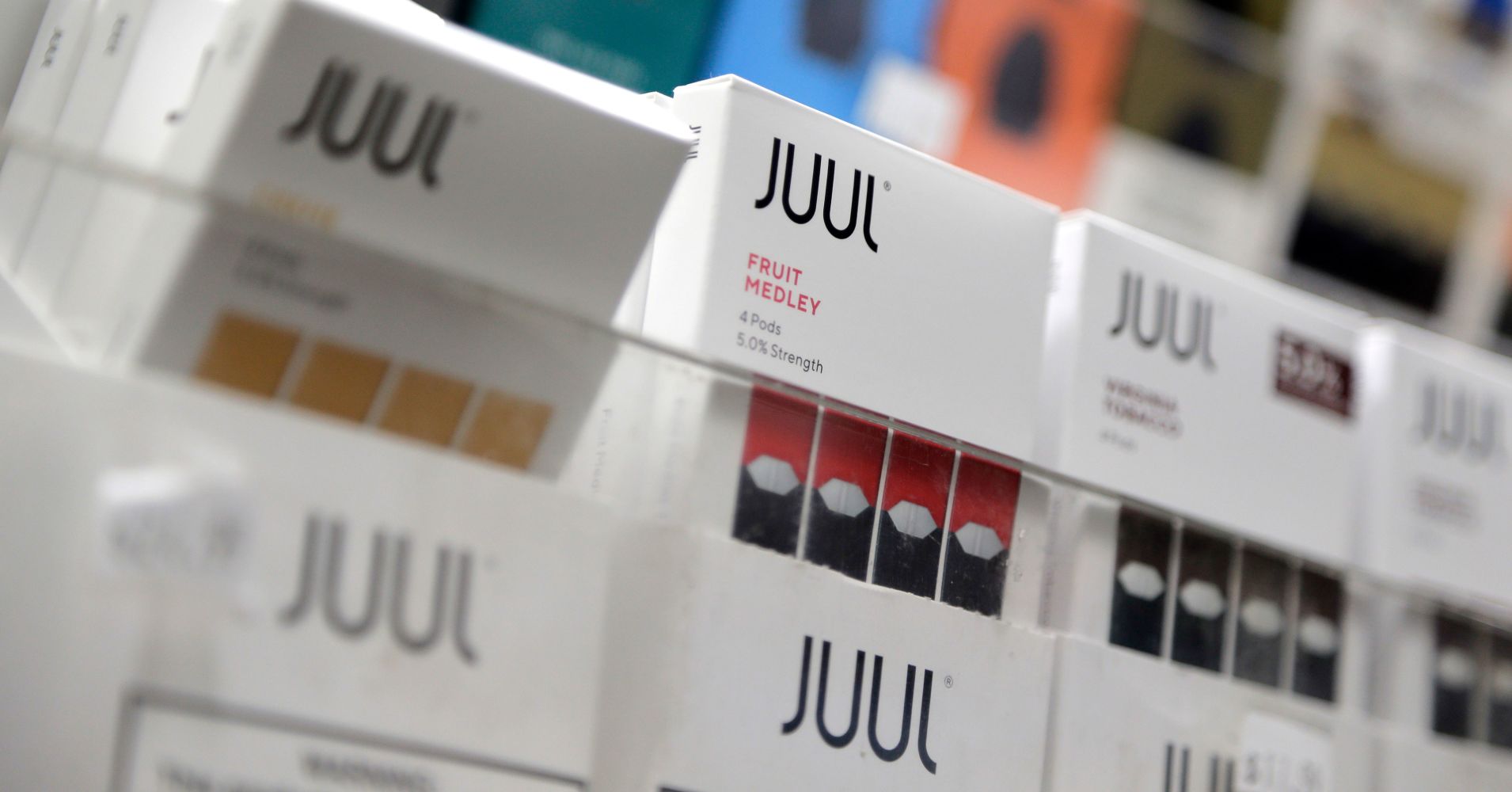 It’s getting harder to be a cigarette company. Altria knows that.

a 45 percent share of cannabis company Cronos and 35 percent stake in e-cigarette maker Juul. The latter, which valued Juul at $ 38 billion, prohibits Altria from taking a controlling interest for at least six years.

Juul made it clear from the beginning that a full sale was never on the table, a person familiar tells CNBC. The two deals — and terms that Altria was willing to accept — highlight the corner the company is in.

Altria’s core business, selling cigarettes, is shrinking faster than expected. Smokers are dying, quitting or switching to e-cigarettes — and not the ones Altria makes. The company shuttered its MarkTen and Green Smoke brands earlier this month, citing financial performance and tightening regulations.

Juul and Altria courted each other for 14 months, people familiar with the negotiations said. In that time, Altria watched Juul’s sales grow to about $ 1.5 billion annually.

“We’ve been modeling [Juul’s] financials for quite some time, and modeling their expected growth path,” Altria CEO Howard Willard said Thursday on a call with investors and the media. “And I have to tell you what continually happened was they exceeded our optimistic growth projections.”

Both deals have the potential to transform Altria’s business, or at least give it the kind of growth it’s unlikely to see in its existing cigarette business.

But it’s hardly won investors over. Altria’s stock hit a 52-week low Thursday after announcing the deal. Shares fell another 3 percent Friday, setting a new floor of $ 48.75, and bringing the stock down 31 percent this year. It’s market value sits at $ 91.5 billion.

Selling cigarettes has been a shrinking business for decades, but Altria has been able to manage.

Read More:  Olive oil or coconut oil: Which is worthy of kitchen-staple status?

And Altria currently makes the bulk of its money selling cigarettes. Of the $ 25.58 billion in total revenue the company generated last year, $ 22.64 billion — or 89 percent — came from its smokeable products business segment, which contains cigarettes and cigars.

Since Altria operates largely in the United States, it can’t rely on other markets for growth as sales in the U.S. slump. That puts Altria in a tougher spot than peers like British American Tobacco, Philip Morris International and Japan Tobacco. It also makes Juul and Cronos’ intended international growth all the more attractive to it.

Juul is available in eight markets overseas, including Canada and the U.K., with plans for even more international expansion to countries like Indonesia and other Asian markets, where smoking rates are high.

Juul has “significant opportunities for further growth, both domestically and in international markets,” Willard told analysts Thursday morning. Meantime, he noted the company believes the global cannabis sector is poised for “rapid growth.”

Over the past 17 years, Altria’s U.S. cigarette volume has decreased 3 percent every year, according to a review of the company’s financial statements. The company has managed to offset these declines through price increases. However, the declines have started accelerating, worrying some analysts and investors that this strategy may be unsustainable.

Altria has been adding new tobacco products to its portfolio, including its 2007 acquisition of cigar marker John Middleton and its 2008 acquisition of smokeless tobacco manufacturer UST. It also signed a deal with Philip Morris International to sell its heated tobacco product, IQOS, in the U.S. should the Food and Drug Administration allow it to be sold here.The companies are still awaiting a decision from the agency.

Altria on Thursday reiterated its support for the product, saying its investment in Juul doesn’t change any of its plans around IQOS. PMI has pitched IQOS as something that is more likely to appeal to adult smokers who enjoy cigarettes and aren’t interested in fruity e-cigarette flavors.

“We’re excited about what we believe will be the most compelling offering for adult tobacco consumers and investors with ownership or exposure to the leading brands in each of our categories, including Marlboro, Black & Mild, Copenhagen, Juul, and IQOS,” Willard said.

Juul has captured 75 percent of the e-cigarette market since entering it in 2015, according to Nielsen. Its sleek devices deliver more potent nicotine hits than most other e-cigarettes on the market. Linked with Altria, it’s poised to grow even faster.

Altria’s top-selling Marlboro cigarettes command prime shelf space in stores. The company will now yield a portion of this coveted placement to Juul pods. It is throwing behind it its marketing and distribution might.

Even if some Juul’s growth comes at the expense of Altria’s cigarette sales, it will still serve to support its bottom line. Juul pods are more profitable than cigarettes, because they aren’t subject to the same taxes or costs associated with the Master Settlement Agreement (MSA), a deal negotiated in 1998 between tobacco manufacturers and state attorneys general to stop a wave of ongoing lawsuits.

But some of Juul’s U.S. growth — critics would say too much — has come from teens. Juul has attracted the younger generation with its fruity flavors and sleek appearance. Those sales have prompted scrutiny from regulators, who have said there is an “epidemic” of youth e-cigarette use.

Altria maintains that with its investment in Juul, it gives the e-cigarette maker access to a team of regulatory experts that will make sure it abides by FDA standards.

“There certainly may be some disruption here as Juul works to address with the rest of the industry and with the FDA huge usage of the product, but we do expect there to be continuing long-term growth of the e-vapor category,” Willard said.

Read More:  Can you cut tramadol pills in half

In the nine U.S. states and the District of Columbia where recreational and medical cannabis is legal, the total addressable market could reach $ 22 billion by 2030, Cowen analyst Vivien Azer estimated. When including Michigan, which recently legalized recreational cannabis, and four states that may soon pass similar laws, that total could reach $ 33.7 billion, Azer estimated.

“As we got engaged in really understanding the investment opportunity investing — understanding the potential future growth rate and assessing the likelihood that the U.S. market may become federally legal, we became quite convinced that this was an attractive global opportunity that had rapid growth potential,” Willard said.

Altria only pursued companies who were operating legally under federal rules, taking any U.S.-based companies off the table, he said. The U.S. company met with “most, if not all” the major players and decided Cronos was the right company.

“We like their management team,” Willard said. “We like the work they’ve done around investing in intellectual property. We like their branding strategy. We like their position in the Canadian market and also some of the distribution they’ve built in other medically legal cannabis markets, like Germany and Poland.”

Though the company boasts the second-highest gross margin of the many young cannabis companies in the last 12 months, Cronos has taken a more modest approach to overseas expansion compared with rivals likes Canopy.

Despite predictions that Big Tobacco would get into the cannabis space, Altria is the only one to have signed such a deal.