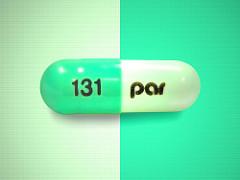 My 7-ADCA production this year could mark a breakthrough 4,000 tons to 5,000 tons of march, will in the international Pharmaceutical market Occupy a leading position

Recent note, Shandong Lunan Pharmaceutical Group built an annual output of 3,000 tons of 7-ADCA new production lines, making it the world’s largest manufacturer of 7-ADCA. This will completely reverse the long-standing dependence on imported Chinese cephalosporin intermediate situation, and make our country into the ranks of cephalosporin-producing countries, the output can be overwhelming, Italy, the Netherlands, the United States and other developed countries.

Dependent on imports over the past 20 years

7-ADCA than the price directly from the fermentation broth of actinomycetes to extract preparation of cephalosporin C into 7-ACA and then much lower. From the current marketing situation, to 7-ADCA were synthesized from the sales of cephalosporins to 7-ACA significantly more than was synthesized in the cephalosporin drugs. As our country to 6-APA as the starting material processing technology 7-ADCA of immature, so low yield and high cost, has long been unable to meet the domestic pharmaceutical industry on demand for 7-ADCA. Over the past 20 years ,7-ACA and 7-ADCA basically Antibioticos companies from Italy, Austria and the Netherlands, DSM Biochemie company monopoly companies.

Currently the world’s largest manufacturer of 7-ADCA is a Dutch company DSM, the company has been in the country and Portugal, India and other places were built 7-ADCA production base. It is understood, DSM’s 7-ADCA annual output reached 1,000 tons. 2006, Global 7-ADCA production has more than 6000 tons, of which the Netherlands, Italy, Austria, the United States, Spain, South Korea and India, the 7-ADCA as the main producer and exporter.

Total capacity of up to 56 tonnes of

As cephalosporin intermediate raw materials in China has long been developing very slowly, so domestic production of cephalosporins required for 7-ACA and 7-ADCA has been imported. This situation until the late 90s of last century began to change. Harbin Pharmaceutical Factory to build a lead can also produce 6-APA ,7-ACA and 7-ADCA important class of intermediate raw materials, workshop as an opportunity, including the North China Pharmaceutical Factory, Fuzhou Antibiotic Factory, Shandong and other domestic anti-drug companies have built their own pharmaceutical company 7-ADCA production. In addition, Sichuan Changzheng Pharmaceutical Factory was built with the cooperation with the Institute of Sichuan antibiotics on an annual output of 100 tons of 7-ADCA production line, by 2006, China’s annual output of 7-ADCA has been developed to 1000 tons.

Other domestic companies are trying to have launched a number of penicillin industrial salt and 6-APA ,7-ADCA production project. According to the authorities speculated that if all these businesses all 7-ADCA production line put into operation, the total capacity of 7-ADCA in China is expected to reach 5,000 ~ 6,000 tons. 3rd quarter of 2007, the international penicillin strong rebound in the market price trend. At the same time, to penicillin as the starting material of 6-APA and 7-ADCA and other downstream product prices also will rise. The industry believes that our antibiotics API About to enter a new round of business cycle, thus wiping out the past few years has been shrouded in the antibiotics industry price slump the haze.

I am an expert from China Manufacturers, usually analyzes all kind of industries situation, such as rx3000 ipaq , slim external drive.