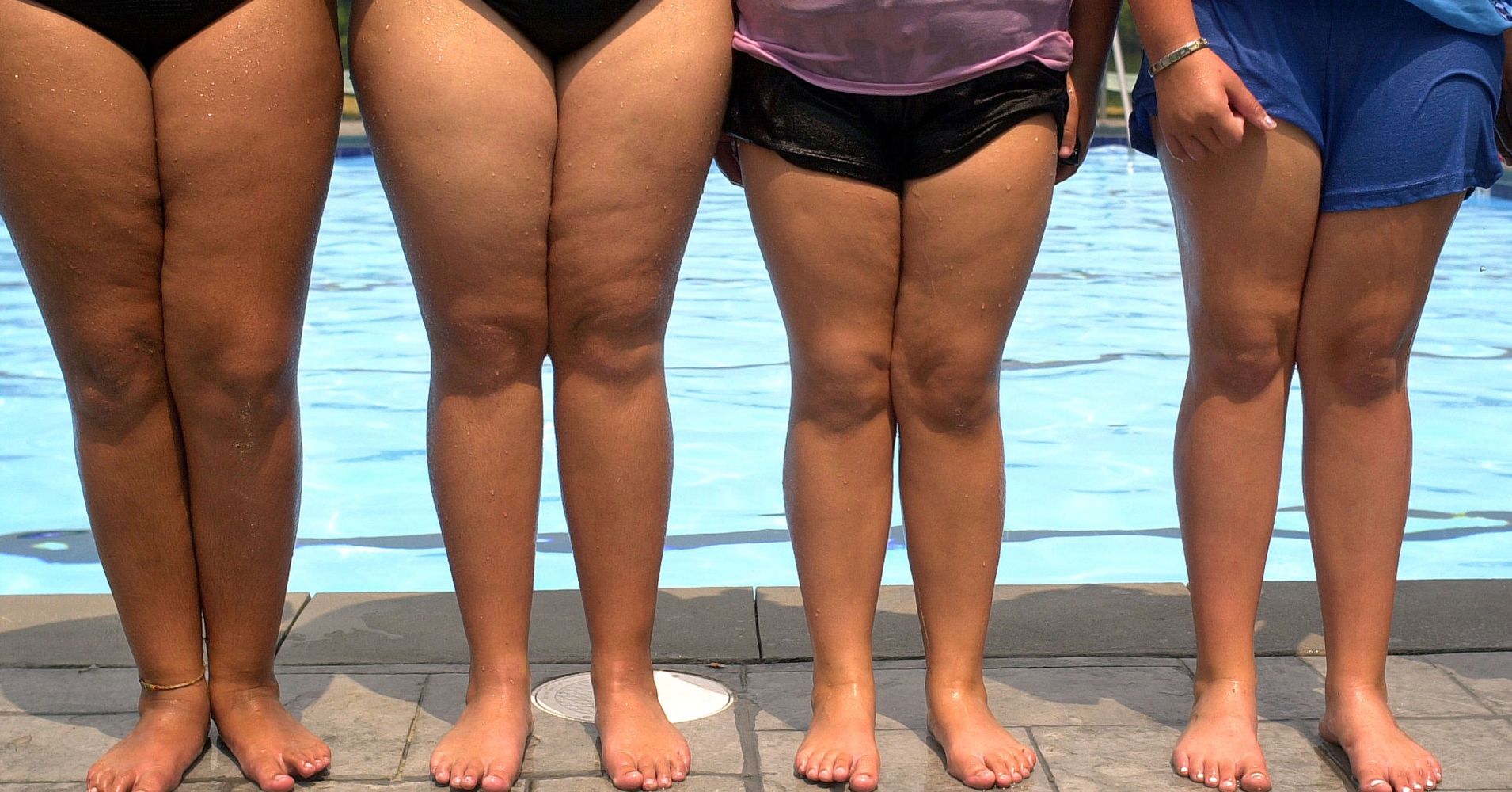 The average American is getting shorter and fatter, and on the verge of matching the medical definition for obesity, according to a report this week from the Centers for Disease Control. The six new drugs to treat obesity set to release in the U.S. by 2026 can’t come soon enough. These weight-loss drugs could improve drastically upon current medication and have the potential to spur a major leap forward in treating obesity as a disease.

In general, the way obesity medication works is either by affecting the brain or the gut. It can work on your brain to make you feel less hungry, on your intestines and gut to make you digest food more slowly, or some combination of the two. The effect is relatively simple: the drugs help people lose weight.

Potential breakthroughs include obesity drugs that shift from daily to weekly administration, a switch from injections to pills, and targeting more receptors in the body for greater effect. The main focus of obesity drugs in the pipeline currently are called GLP-1R receptor agonists, which work in the brain to regulate hunger. They mimic the GLP-1 hormone by binding to GLP-1 receptors and stimulating insulin release, which reduces blood sugar (important to diabetes treatment) and also act on the stomach, brain, pancreas, and liver to increase feelings of fullness. At different doses, GLP-1R receptor drugs can be used to treat diabetes or obesity.

Saxenda, made by the pharma company Novo Nordisk, is one of a handful of successes and the only drug in the GLP-1R category currently on the market. Newer medications in the pipeline from pharmaceutical giants including Novo Nordisk, AstraZeneca, and Sanofi would improve on the current drugs like Saxenda by making delivery more convenient, effective or potentially safe.

The most important potential breakthrough is the possibility of helping patients’ hearts. In recent years, medicine has made huge leaps in crafting drugs to treat metabolic diseases like high cholesterol or diabetes, Bays said. At first, some criticized drugs such as those for diabetes as only narrowly affecting blood sugar, but not actually improving people’s lives. Within the last few years, those diabetes and cholesterol drugs became not just more safe and well-tolerated, but they had the advance of dramatically improving cardiovascular health for people taking it. Those advancements led to optimism for the future of obesity medication based on drugs first developed for diabetes.

Read More:  The financial disadvantages of being a doctor in California

In recent rounds of research, doctors hoped to find that weight loss drugs could do their jobs without increasing the risk of heart disease in patients, he said, but obesity drugs based on a current biological agent in the GLP-1R class, called semaglutide, have been shown to actually dramatically decrease the risk of heart disease, Bays said. In other words, the drugs would go way beyond weight loss and help the overall health and lives of patients, not just their waistbands. Bays’ research site has received a research grant from Novo Nordisk in the last year, although neither he nor the center own stock or patents.

Other obesity experts agree that the improvement in heart health may be the most critical factor in the treatment of obesity with drugs. Caroline Apovine, an expert in obesity and diabetes at the Boston University School of Medicine, said the new Novo Nordisk semaglutide drug is “the one we are really waiting to get” and it offers weight loss potential almost double that of any drug on the market. Apovine has done consulting work for Novo Nordisk.

The Novo Nordisk drug is in phase 3 trials, with a projected approval in 2022, a company spokesman said. Results from a phase 2 study earlier this year revealed that adults with obesity treated with semaglutide 0.4 mg administered once-daily via injections lost up to 13.8 percent of their body weight after 52 weeks.

“The Novo Nordisk semaglutide is the game changer,” said Claudia Fox, an expert in pediatric obesity at the University of Minnesota. Fox said it has been difficult for obesity experts to gain acceptance for the idea that obesity is a disease and deserves to be treated as a disease on its own. “Maybe it is just too hard for the public and health care providers and insurers to come to grips with the fact that obesity is a disease, and scientists are thinking if we can’t go straight at the problem, how else can we improve these people’s health? Everyone is on board with heart health,” Fox said.

The United States has one of the highest obesity rates of any country in the world, and the Center for Disease Control estimates that its average annual medical cost is about $ 172 billion in today’s dollars. A recent report on the obesity drug market from GlobalData estimated that there are more than 97 million people with obesity in the U.S., and that number is set to increase by nearly 3 percent annually on average. Obesity can be devastating to a patient’s’ quality of life, and it can lead to diabetes or heart disease, the No. 1 killer in the world.

Saxenda and Nalpropion Pharmaceuticals’ Contrave, among the other obesity drugs in the handful on the market, work by activating hormones in your brain that regulate your appetite. Saxenda has a black box warning because there’s been thyroid tumors observed in rodent studies, and they have side effects ranging from pancreas inflammation, kidney disease or increased heart rate, but because the GLP-1R drugs are based on naturally occurring hormones made by the body and have been used in diabetes medications for years, doctors who specialize in obesity consider the drugs to have a reasonable safety profile.

Despite Saxenda’s success, multiple experts agreed that obesity medication is still vastly underused due to the cost and lack of insurance coverage, and misunderstood by doctors. The drugs could be helping far more people than they are, they said.

“My patients are paying for it,” Apovine said. She said more insurers are starting to offer coverage — as of January some Blue Cross Blue Shield plans and Harvard Pilgrim will add coverage — but not the government programs, which are the most important.

“I’ve been able to prescribe Saxenda to some of my wealthier patients with good insurance, but people who really need it are usually lower socioeconomic status. The only one in game is Novo because they have diabetes drugs that are covered so they can afford to get Saxenda out there. But who is going to pay $ 1,000 a month or even $ 200 a month for Contrave unless you are rich? And Contrave’s maker went bankrupt.”

Contrave was developed by Orexigen Therapeutics, which recently declared bankruptcy, and has been marketed in conjunction with Valeant Pharmaceuticals, which changed its name to Bausch Health earlier this year after a series of high-profile financial and regulatory stumbles.

“Both private and public insurers do not routinely cover most weight loss medications,” said Dr. Fatima Cody Stanford, an obesity specialist, expert and Harvard University instructor. They often cover weight loss surgery (gastric bypass), she said, but not medication or even nutritional therapy. Until obstacles like coverage, education and weight bias are dealt with, she said the full potential for positive public health impact by the upcoming obesity drugs will never be met.

A Novo Nordisk spokesman said “We recognize there are many people who do not have affordable access to obesity prescriptions, which is why we are actively working with U.S. employers to expand access and break down barriers to care.”

The company does offer discounts on Saxenda and co-pay reductions for patients eligible for coverage which can reach a maximum benefit of $ 200 per monthly prescription. He added that there are prescriptions every day for anti-obesity medications that go through all major insurance companies in the U.S., but it is the employer who decides whether to make these medications available to their employees, and even as surveys show two-thirds of employers recognizing obesity as a disease, that has not led to a significant increase in coverage for obesity treatments.

Novo Nordisk also collaborates with organizations such as the Obesity Care Advocacy Network (OCAN) to pass legislation such as the Passing the Treat and Reduce Obesity Act (TROA), which would provide Medicare beneficiaries and their health care providers with access to weight management counselling and allow for coverage of FDA-approved therapeutics.

Weight bias — blaming people who are obese for having the disease — also is a factor.

Primary care physicians often speak with patients who have obesity and tell them to eat less and exercise more, then that fails, said Dr. Fatima Cody Stanford, an obesity specialist, expert and Harvard University instructor. Then when the patient returns, the doctor just repeats the advice rather than treating it as a disease.

“People say ‘oh they’re just lazy or slothful'” about patients who have obesity, Stanford said, but no one would say that about patients with cancer or depression. For some reason, she said, people blame those with obesity for their disease, and many don’t support medication because they see it as an “easy way out.”

“We would never tell someone with diabetes who comes in with high blood sugar, ‘Well, eat less and exercise more!’ we’d treat their diabetes,” Stanford said. Lifestyle changes are important and she recommends them to her patients, she said, but it’s not enough by itself to treat people in many cases.

“Right now I see a barrier. These biases that are so strongly held continue to perpetuate so these patients don’t get the treatment they need and they deserve,” Stanford said.

Fox said it is not only doctors and insurers, but the patients and their families who have the bias and say, “I want to do it the natural way.”

“We need to be thinking of it as a chronic condition, one you will need to manage for your whole life,” Fox said, but she explained that when a doctor tells a patient and their family this, “you can see the gloom on the family’s face, or they just don’t believe you. … Five years later that person is 100 pounds heavier. It doesn’t go away.”

Even when doctors do prescribe obesity medication, Stanford said, it’s often with the goal of losing weight in the short term and then stopping to take the drug. This is wrong, she said, as those drugs are designed for people who will continue to take the medication indefinitely to lose the weight and keep it off.

Apovine said the idea that a weight-loss drug is for short-term use is science of the 1950s, but it persists.

“There are only a handful of us in this field, led by George Blackburn’s work, that in the past few decades recognized obesity is a disease that needs to be treated,” Apovine said. “We have finally starting to see some movement.”

There is now an obesity medication certification program that has over 6,000 doctors and hopefully will soon be recognized by the American Board of Medical Specialties, she said.

“Eventually, we have to get to a tipping point, just like with addiction and alcoholism and depression. We don’t consider those a moral failing now. We have to stop with the stigma of obesity,” Apovine said. “We still look at a person walking down the street and say ‘glutton’ — eat less and exercise more. Once the perception of obesity is disease, everything will fall into place.”

—By Edward McKinley, special to CNBC.com