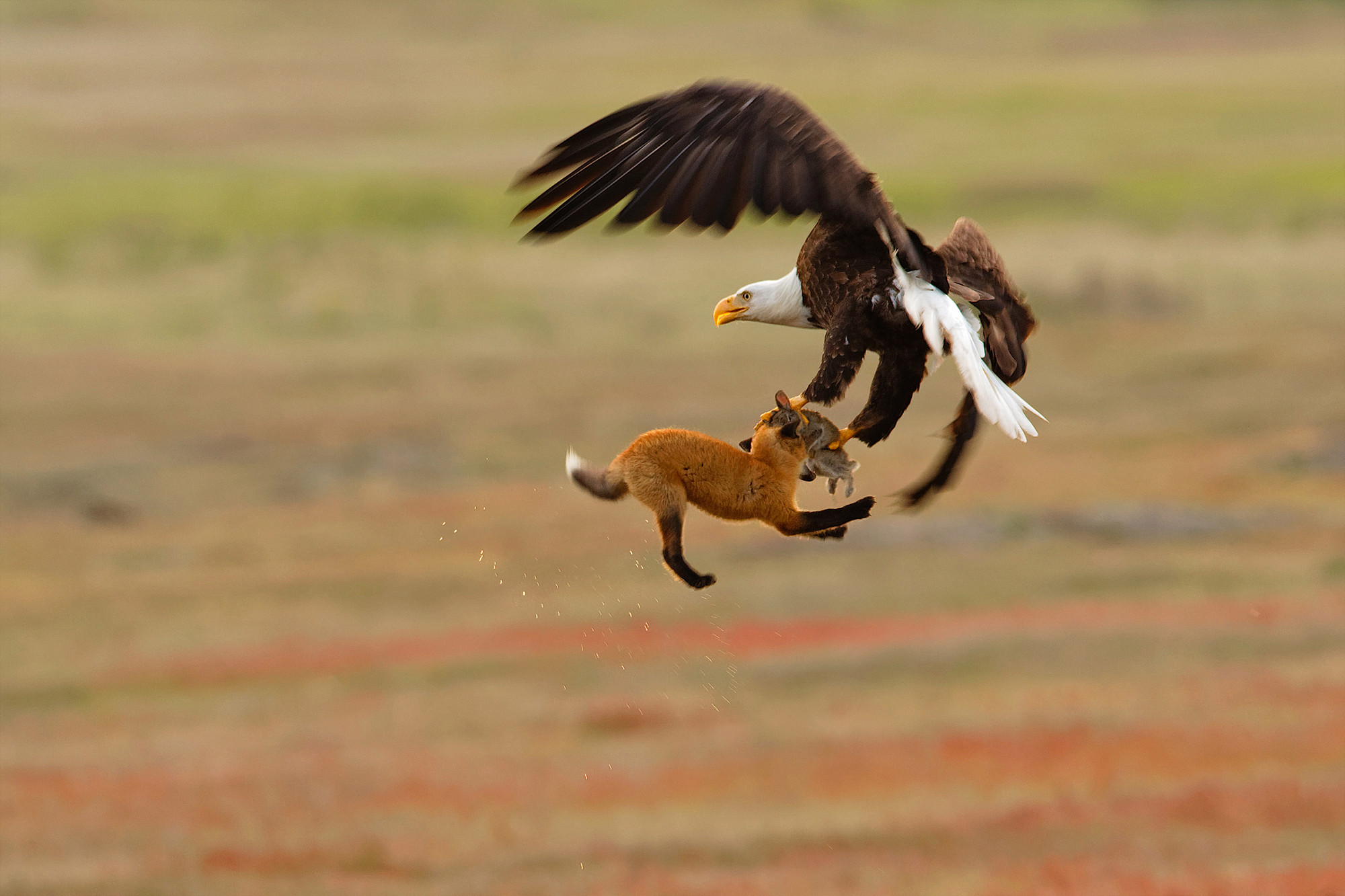 A photographer has captured a truly remarkable midair tussle between a bald eagle and a red fox fighting over a rabbit.

The photo, which was taken by Kevin Ebi, was awarded a “Professional Honorable Mention” in the 2019 Audubon Photography Awards.

“I had spent the day photographing foxes and was panning with this kit running with its prey when an unmistakable cry made me look up,” explained Ebi in a statement. “I just knew the eagle racing our way was after the fox’s rabbit.”

“I expected to have only a split second to capture the theft in one explosive frame; instead the eagle snagged the fox and rabbit, carrying both 20 feet off the ground,” he added. “After eight seconds it dropped the fox, seemingly unharmed, and flew away with its stolen dinner.”

Ebi used a Canon EOS-1D X Mark II camera with a Canon EF 600mm f/4 IS lens to record the incredible battle between the two animals. The photo was captured on ISO 1600 film.

The photo has been grabbing plenty of attention. The National Audubon Society’s national photography director, Sabine Meyer, told the BBC that Ebi’s shot is an image “where everything coalesces into this perfect picture.”

Bald eagles were removed from the federal list of endangered and threatened species in 2007. The iconic birds are now flourishing across America, according to the US Fish and Wildlife Service.