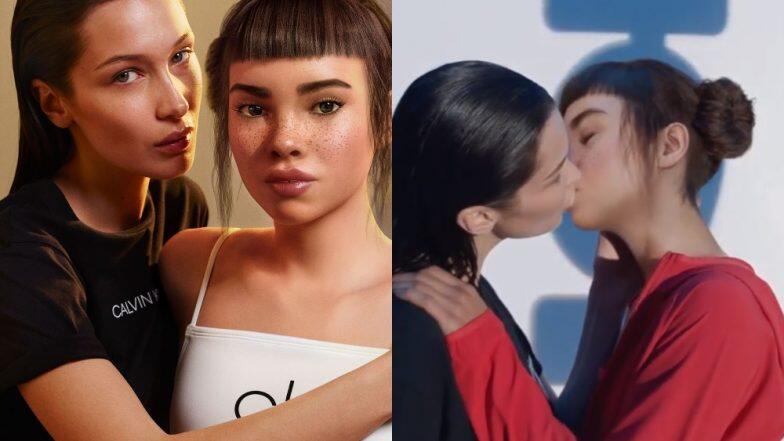 Bella Hadid took things a little raunchy in the new Calvin Klein ad. For a campaign that celebrates the idea of loving oneself for all their flaws, Bella teamed up with a virtual influencer, Lil Miquela. “19-year-old robot Lil Miquela blurs the lines of truth and fiction with Bella Hadid. Is this a dream or real?,” wrote the brand on their Instagram page as the staunch LGBTQ follower went up to Bella and planted a kiss on her lips.

In the video, Bella is seen stating, “Life is about opening doors, creating new dreams, that you never knew could exist.” The video is from Miquela’s point of view, or so it would seem. The video is quite interesting as it brings forth the idea to acknowledge, accept and respect one’s identity and b okay with how the world perceives them. You can check it out below.

With a view to embrace one’s vulnerability, the new Calvin Klein ad campaign has been nothing but plain amazing. Through a series of videos where musicians, actors and models such as Billi Eilish, Chika Oranika, Noah Centineo, Shawn Mendes, Kendall Jenner, to name a few have spoken their truths. On the same, Kendall also shared her story as she posed in various Calvin Klein ensembles. Basically, Kendall is seen stating how she is often referred to as the black sheep but she couldn’t care less. You can check out her video below.

The video also has Elle’s first transgender cover star, Indya Moore, A$ AP Rocky, and more, who are part of the campaign.

Read More:  Cell injection could train the body not to reject organ transplants