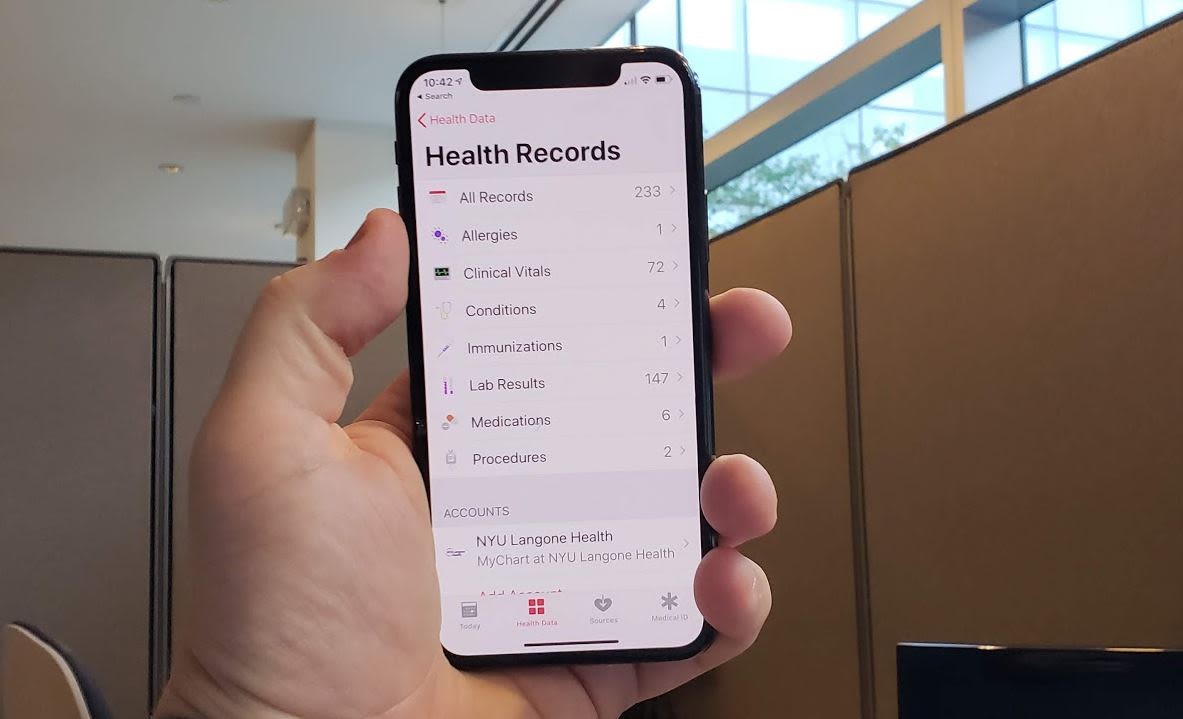 Representatives from Apple, Google, Amazon and Microsoft joined up in Washington D.C. on Tuesday, alongside some of the largest health insurers and hospitals, to announce plans to provide consumers with easier access to their medical information.

The group agreed to begin testing a set of technical specifications for sharing for a type of health data known as claims, which is essentially everything that gets billed to the patients’ health insurance company, including tests, doctor’s visits and procedures. The specs were developed by the CARIN Alliance, a coalition of health and tech companies that was set up to advance “consumer-directed exchange of health information.”

Claims data is important because it provides a broad overview of a patient’s health, irrespective of where they received their care. It’s less deep than clinical information, which might include things like the results of a lab test, but that information is notoriously hard to access because it’s held within the hospital or clinic where a patient received the care. Claims data, which is the stuff that gets billed, is more shallow but also more comprehensive.

In recent years, the government pushed for this claims information to be made available to Medicare beneficiaries, but it isn’t routinely shared with millions of Americans who receive their health insurance through an employer or commercial payer.

Apple, Google and Microsoft have all dabbled with bringing tools to market that make it easier for consumers to access their health information. Because the information hasn’t historically been easy to access, they’ve had mixed success on that front.

Apple, which is the furthest along at this stage, requires that each individual hospital or clinic integrate with its service, dubbed Health, so consumers can access their clinical data at those institutions. Once Apple is able to access claims, it can start to better fill in the gaps, particularly if an individual provider isn’t signed up to Apple’s health records service.

Some of those early applications involve helping patients with tracking their medical bills, choosing health plans, and tamping down on fraud, according to one attendee at the event, b.well’s Kristen Valdes.

“Once it goes live next year, consumers can make better enrollment plan decisions because they know how they’re historically utilized health care services over the last few years,” Ryan Howells from the CARIN Alliance told CNBC. “They will have their longitundal across providers, rather than having to download their information provider by provider.”

Howells said this is the first time that the industry agreed to standards associated with sharing claims data to third-party developers, such as Apple.

In a nutshell, Howells said, “I (patients) will have access to my claims information on any app of my choice, like Apple’s.”

Here’s the full list of attendees to the D.C. meeting on Tuesday:

WATCH: Apple to sell diabetes product in its stores