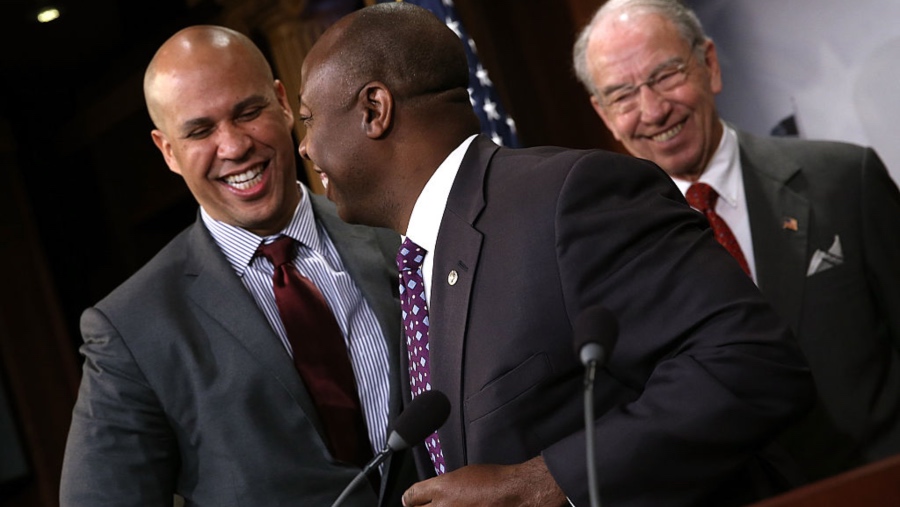 Sen. Cory Booker (D-NJ) and Sen. Tim Scott (R-SC ) led the passing of a bill this week to address sickle cell anemia, a disease which disproportionally impacts the Black community and yet, receives notably less funding for research.

The bipartisan bill passed on Tuesday and will be signed into law by President Donald Trump.

Ninety percent of those who are diagnosed with sickle cell are African-American. Sickle cell anemia is group of blood disorders which cause infections, pain and fatigue, making everyday life difficult, and can shorten patients’ life spans by 20 to 30 years.

“Even though sickle cell disease is the most common inherited blood disorder in our country, research and treatment lags behind that of other chronic illnesses,” said Sen. Cory Booker in a statement.

“It’s time we start treating sickle cell disease as a serious and debilitating illness and allocate adequate resources to monitoring, researching, and treating it.”

One of the most well-known champions of sickle cell is singer, T-Boz, who penned an exclusive op-ed for theGrio earlier this year about her journey with the illness.

“My symptoms popped up whether I was performing on stage or just trying to take care of everyday things like going to the store or taking my children to school,” writes T-Boz.

“When I was diagnosed, I was told I wouldn’t live past 30 years old and that I would never be able to have any children,” she continues. “My story is a testament to the millions of Americans who silently suffer from chronic illnesses and fight through their daily routines so that they can make ends meet and take care of their families.”

READ MORE: Michelle Obama opens up about her marriage and the shooting at the White House she can’t forget in Oprah interview

The new sickle cell bill will issue funding to health departments at national and local levels in order to collect more data for studies on the disease and “improve access to screening, treatment, and management” for those living with the disease and who continue to be at risk.

According to the CDC, sickle cell impacts an estimated 100,000 Americans and millions throughout the world, particularly with ancestry in sub-Saharan Africa, the Mediterranean, India and other parts of the world.

“For far too long has this inherited disease been overshadowed in the public sphere,” Sen. Tim Scott said in a statement this fall. “I am encouraged that, by the passage of it, our world-renowned medical communities will one day find a way to better treat and cure the 100,000 people across our nation who are affected.”

Read More:  Are supplements for brain health just a waste of money?