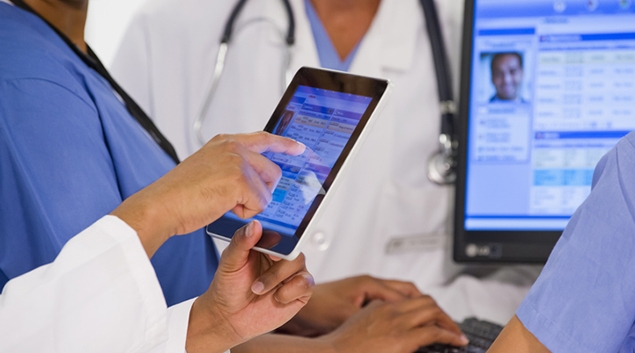 InstaMed has released a blockchain prototype that allows real-time posting of claim submissions, adjudications and payment, and patient billing and  payment.

One of the purposes of the working app prototype is to evaluate whether blockchain drives a better payment experience, the company said. It was built in the InstaMed Innovation Lab, unveiled at the InstaMed Healthcare Payments Summit last month in Philadelphia, and will potentially go to market after getting input from stakeholders.

Blockchain allows for the posting of healthcare information in real time to hubs that connect all stakeholders to the lifecycle of a patient encounter.
It creates a secure yet shared patient account ledger accessible by the provider, payer and consumer.

“We built a fully-connected ecosystem,” said Brian Bentow, director of Innovation for InstaMed.

Providers and payers are challenged to find a more efficient billing, claims and payment collection systems that allow organizations to no longer rely on mail, telephone calls or their fax machines to get the job done.

Also, patients get involved in a way they aren’t now.

Blockchains are now focusing on “smart contracts,” executable code inside the blockchain that enables automated financial transactions and business rules.

Blockchain software allows multiple parties to transact information on a decentralized network. Data is stored into discrete records called blocks. Each block contains a hash of its data and the hash of the last block. A hash is a cryptographic signature that is derived from the data, so if any data in the block is changed its hash will not match. Also, if any block is added or removed, the chain of blocks will not match. Taken together, this creates an immutable audit log.

Because of this self-auditing structure and the fact that the data has copies on many different computers, it is impossible to change the data without leaving a trace.

Blockchain has been eyed for potential uses in the revenue cycle for at least two years.
Startup Healthereum, which was founded by physicians and software engineers, created a blockchain-based mobile app that allows patients to view current diagnoses and medical billing. It also rewards patients with digital tokens for showing up to their appointments, according to news blog The Merkle.

Since InstaMed is in the business of healthcare payments, it made sense for the company to explore how blockchain could increase connectivity, said Chris Seib, cofounder and chief technology officer.

“Since Bill Marvin and I co-founded InstaMed in 2004, we have been passionate believers in bringing connectivity to healthcare payments. We have participated in creating industry standards for driving the electronic movement of healthcare data and money,” Seib said.

Focus on the Revenue Cycle

This special collection of feature stories, interviews, videos and deep dives into what you need to know about the evolution of the revenue cycle.