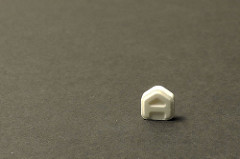 Social phobias and anxiety disorders which are more prevalent in the United States are believed to be caused by a trauma, death, illness, or other stressful event in addition to having others in the family with the disorder. When an attack happens, it comes on suddenly and may be triggered by a fear of certain things, such as crossing a busy street, elevators, or even parking car garages. When one strikes, it is important to know first aid such as breathing techniques, relaxation, and medications such as lorazepam.

Although not all doctors will prescribe a medication as a first aid for panic attacks, when they do, they usually are the medications in the SSRI group which works on the serotonin in the brain. These medications are Zoloft, Prozac, and Paxil. Others which work very well for more serious panic disorders are Effexor, Luvox, and Xanax.

Not everyone who has a panic attack has a social phobia or anxiety disorder. In fact, something as simple as having to cater a party, speak in public or have an essay due can bring one on. In this case, first aid for panic attacks does not indicate the use of medications for relief, but relaxation methods instead. The first thing a person must do if the attack happens at home is slow down the breathing.

Next, release the tension in the muscles of the body by concentrating on relaxing each muscle group, one by one. Beginning with the shoulders, tense and relax them with a shoulder roll, then move on to the legs, feet, and neck. Pull the shoulders up, then squeeze and release. Stress is centered in the neck and shoulder area, so relaxing these, brings almost instant relief. After relaxing the muscles of the body is complete, another first aid for panic attacks is to breathe in the opposite way than usual. An example is to breathe in deeply through the nose while pushing the stomach out and expanding the lungs, then exhale slowly and pull the stomach inward. Doing this exercise three or four times after or before an attack, will regulate the blood pressure and bring on a sense of calmness.

It is important to remember to make an appointment to see a doctor to cancel out any other disorders which may mimic a panic attack such as heart problems and to discuss any other treatments available.