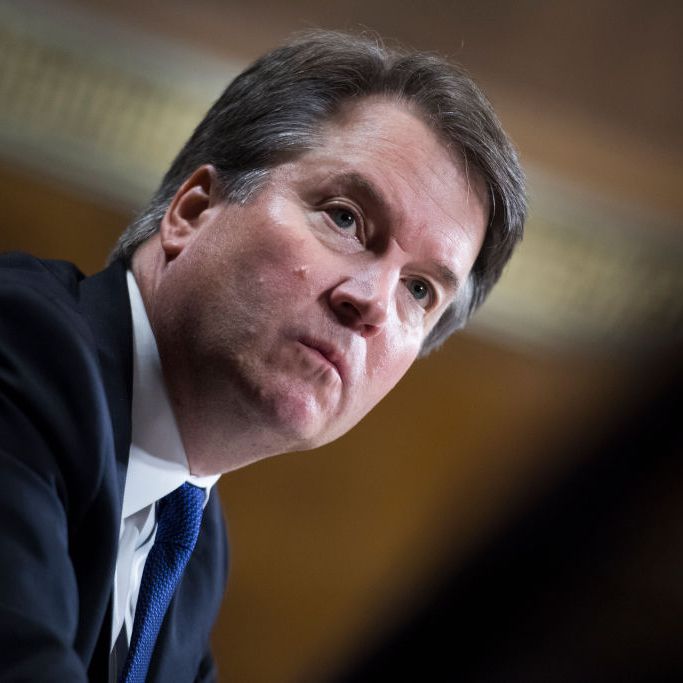 After a confirmation process that polarized the country, Kavanaugh was confirmed to the Senate on Saturday by a 50-48 vote. The news was expected after the Senate voted on Friday morning to move forward with the confirmation vote and Senator Susan Collins of Maine announced her support for Kavanaugh in a floor speech that afternoon. The vote was mostly along party lines, with Republican Lisa Murkowski voting “present,” Republican Steve Daines away attending his daughter’s wedding, and Democrat Joe Manchin voting yes.

Kavanaugh, a conservative who currently serves on the D.C. Circuit Court, has drawn protests since President Trump nominated him in July—that he might help overturn Roe v. Wade was among opponents’ biggest fears—but demonstrations intensified in recent weeks after he was accused of sexual misconduct by multiple women.

Dr. Christine Blasey Ford testified before the Senate Judiciary Committee last month in an emotional hearing that she was “100 percent” sure that Kavanaugh sexually assaulted her in high school. She admitted at the hearing that she was “terrified,” and had previously told the Washington Post that she had been reluctant to come forward: “Why suffer through the annihilation if it’s not going to matter?” she said. While her testimony was not enough to stop Kavanaugh from joining the Court, her courage—and that of other accusers, including Deborah Ramirez, who told the New Yorker Kavanaugh exposed himself to her in college—inspired women and men across the country, leading many to tell stories of their own assaults, often after years of silence.

Kavanaugh’s behavior at the hearing raised questions about his temperament and caused several of his former classmates to come forward saying he had lied under oath. (Kavanaugh wrote in an op-ed for the Wall Street Journal that he may have been “too emotional” at the hearing.) But even further investigation by the FBI wasn’t enough to convince Republicans, many of whom expressed skepticism about Ford’s story from the beginning, that Kavanaugh was not the right person for the job. Collins cited a “lack of corroborating evidence” in explaining her decision to vote yes; Democrats have slammed the investigation as incomplete.

Kavanaugh is expected to be sworn in today and begin serving this week.