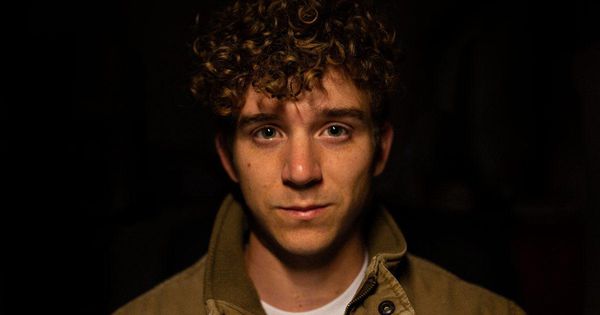 Are we ready for the impending recession in the emotional wellbeing of a nation’s youth?Photo by Austin Human on Unsplash

Today’s gloomy Brexit vote in the U.K. casts a shadow over the precarious future of Britain’s finances. And, with Trump’s wall-fuelled partial government shutdown and global trade wars pressurizing the U.S. economy, analysts are predicting a major recession could be just around the corner. It’s all too easy to become solely focused on the financial aspects of these predictions, but what’s hidden from view is a significant impending recession in the emotional wellbeing of a nation’s youth, in particular its students.

Multiple academic studies have been published on the negative impacts on mental health following the last recession of 2008.  These studies highlight that the youth are amongst the most vulnerable population segments, with students being especially affected by outcomes such as underemployment.

Continuing to invest more and more work hours into involuntary part-time work, and taking permanent jobs that don’t utilize the skills learned in higher education is a threat to self-confidence, self-esteem and wellbeing. O’Brien and Feather (1990) found that young workers whose education and skills were underutilized experienced lower life satisfaction than those in more ‘optimal’ employment. Friedland and Price (2003) found that underemployed workers reported more depression symptoms than those who were not under-employed.

Consider also the emotional health impact of an unsuccessful transition from education to workplace. This critical first step represents a formal move into adulthood, financial independence and securing the first step on a career path. A Spanish study found a clear link between recession and an increase in the risk of poor mental health among the student population, with pessimism about the future because of poor job prospects being cited as a likely cause. A further study covering 70% of Canadian students showed that those who graduated during the last great recession took up to 10 years to regain lost income. These papers point to the need for more careful monitoring of medium and long-term effects of recession as these may emerge only many years after the onset of the crisis.

With this evidence in hand, we should look to the increasingly popular fields of psychological science and early interventional healthcare to better support our students. Particularly important is the development of emotional resilience, often defined as positive adaptation despite adversity or the ability to adapt and bounce back from difficult times.

There’s been an increase of evidence-based research into Cognitive Behavioural Therapy (CBT) models that aim to build personal resilience. A good example is a paper outlining Padesky and Mooney’s four‐step Strengths‐Based CBT model designed to build and strengthen personal resilience. This paper, published in 2012, concludes that Strengths‐Based CBT offers a new frontier for research and the opportunity for many new discoveries in the decades ahead.

These new strategies need to be implemented at a national level as suggested in a study following the 2008 recession. It explored the relationship between people’s experiences of unemployment and two sets of resilience factors: coping strategies and practical and emotional support. The report concluded that more intervention was required to help equip people with better coping skills and that a better geographical spread of services and initiatives aimed at promoting mental health, well-being and resilience was needed.

Read More:  Trump says FDA hold on blood treatment therapy use for coronavirus patients 'could be a political decision'

There is no doubt that we need to do more to support and equip the students and graduates of the coming years to help them build resilience and the skills needed to cope better in times of economic uncertainty. We must learn from the evidence emerging from these fields of psychological science and use technology to ensure that effective services are accessible and available to all.

So, for a moment, pause and fill the shoes of a student graduating in the class of 2019, 2020 and beyond. Or, if you have children graduating over the next few years, consider that looming sense of uncertainty that they will feel. I think you will agree we have a duty to raise the agenda of proactive emotional health in our schools, universities and workplaces, to ensure the young people we will rely on to sustain the future economic growth of our nations are well prepared and resilient for the uncertain paths that lie ahead.