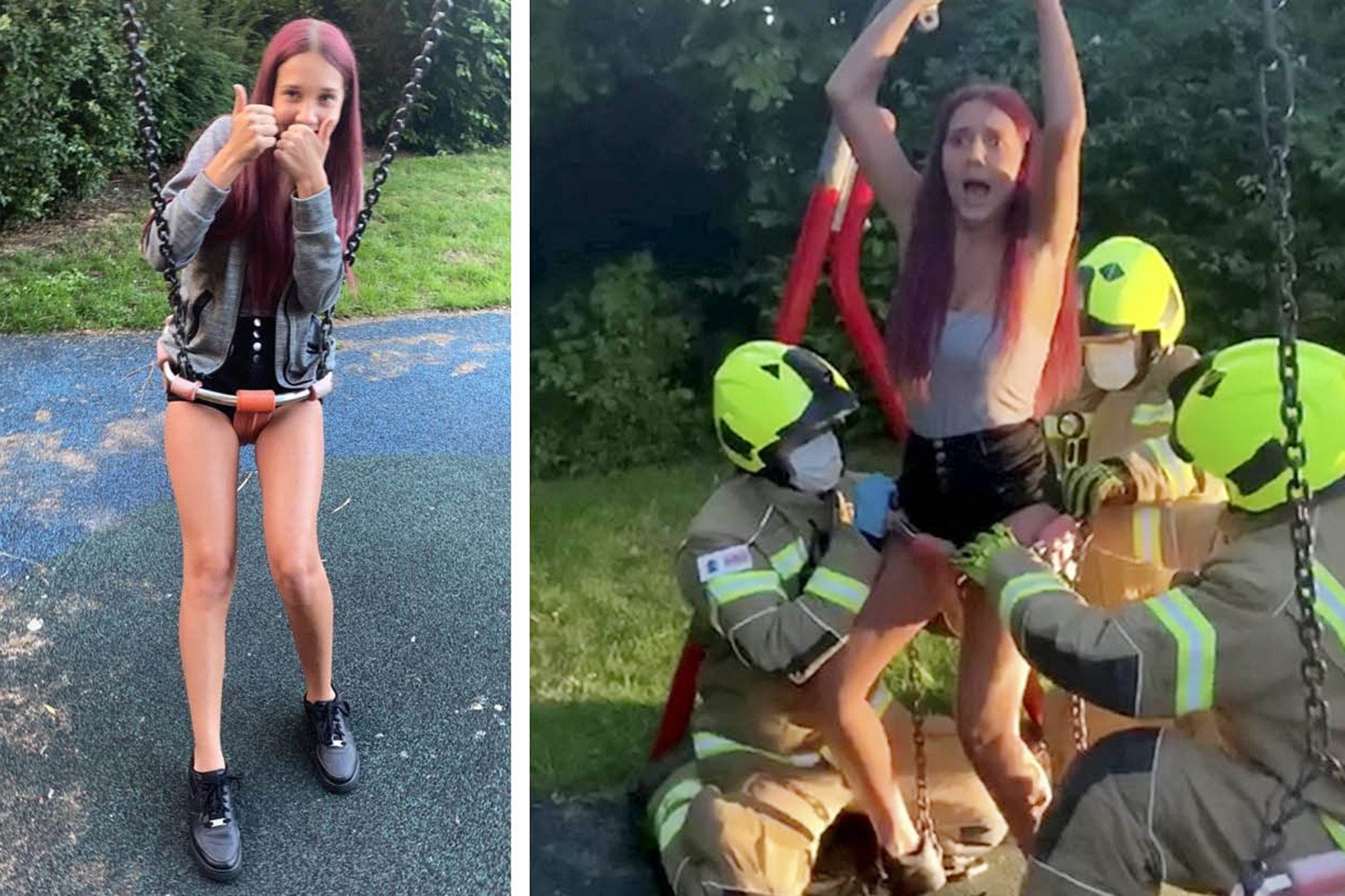 She was between a “Tok” and a hard place.

A UK teen’s TikTok shoot went south after she got trapped in a child’s swing for more than an hour before being freed by firefighters, as seen in a hilarious YouTube clip.

“It was a really bizarre situation to walk into,” said Oxfordshire’s Charlie Maclean, 40, the mother of the girl ensnared by the swing set.

Her daughter Layani Maclean, 14, was at the local park on July 12 filming a video that involved her and her friends taking turns sitting in the swing.

Suffice to say, the social media clout-seeker couldn’t swing the stunt. Layani became stuck in the playground equipment for about 90 minutes, before her mom was forced to call the fire department.

“When my neighbor called to tell me I just started laughing, but when I arrived it was clear it was a bit more serious than I initially thought,” said Charlie, who unsuccessfully attempted to free her mortified daughter using detergent.

Fortunately, despite Layani’s embarrassment over her ridiculous predicament, the firefighters “did a great job,” according to the mom of four. Especially since they were forced to unhinge the swing while supporting the girl’s body weight, and use cleaning liquid to eventually squeeze her out.

Although even the staunch professionals couldn’t resist “cracking all the possible swing jokes they could think of,” recalls Charlie.

Fortunately, the rescue team assured the family that this wasn’t the first time they’d been called to resolve such a silly situation and likely wouldn’t be their last.

“We’re in the middle of baking them a cake now to say thank you,” says Layani’s grateful mother.