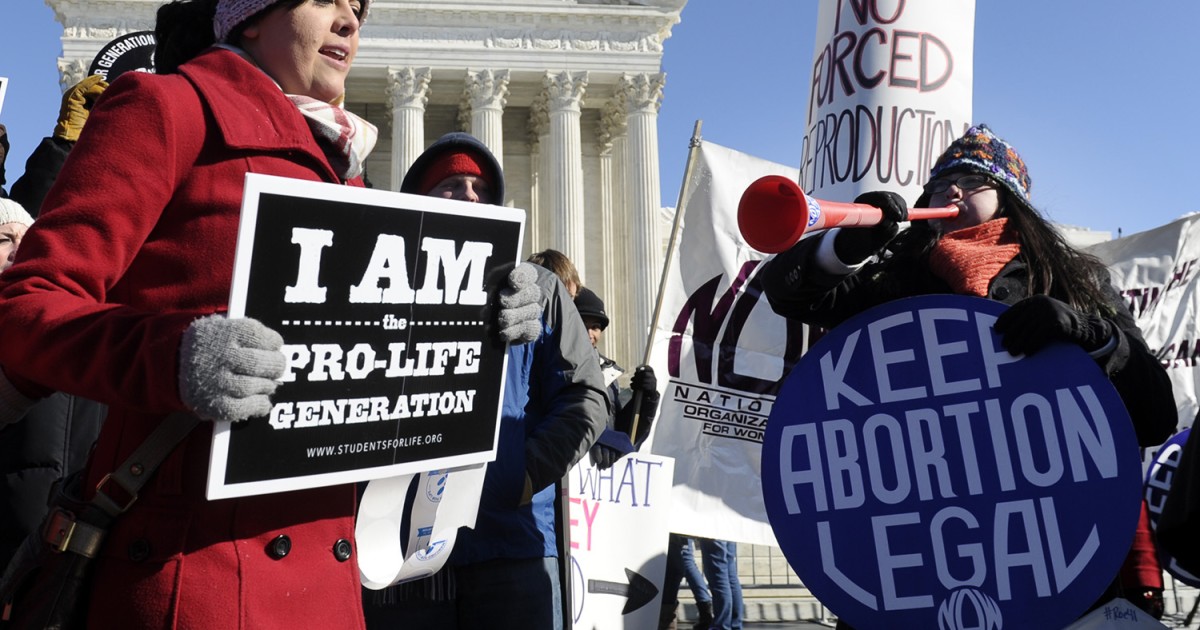 Abortions dropped 2%, to 623,471, in 2016 in most of the United States, according to a government report released as activists and politicians are moving to opposite edges of the abortion debate.

The data released Wednesday, which comes from the Centers for Disease Control and Prevention, is incomplete. It excludes California, Maryland, New Hampshire, and the District of Columbia, but helps reveal patterns in abortion practices and demographics.

The report, for example, showed that in 2016, a total of 91% of abortions happened in the first trimester, and 1.2% were during the third trimester. It found 59% of women who had abortions had given birth before, and nearly 43.1% had had an abortion before.

The data on deaths caused by abortions, which was from 2015 rather than 2016, found that two women died after complications from legal abortions. A possible third death may have been attributed to an abortion, though it’s not clear whether the patient had a miscarriage, according to the report.

The latest figures come as states move in opposite directions on abortion rights in anticipation the Supreme Court, which has two new additions under President Trump, may reconsider its 1973 Roe v. Wade decision that legalized abortion nationwide.

Read More:  We Are Getting Fatter Faster

Blue states have enshrined abortion rights and loosened restrictions on abortions later in pregnancy. Red states have passed six-week “heartbeat” bans on abortion that do not provide exemptions for rape or incest, which have been blocked and challenged in court.

Each side of the abortion debate has separate theories about what has driven the continued drop in abortions, 24% since 2007.

Abortion-rights groups contend that restrictions on abortions are driving more women to have abortions at home after getting the abortion pill online, noting those numbers wouldn’t be collected by the government. The Guttmacher Institute, a research group that supports abortion rights, had recent data showing that 18% of clinics reported they had seen patients who tried to end a pregnancy on their own, an increase from 12% in 2014.

The organization also has theorized that the drop in abortions reflects better access to more effective birth control, a theory the CDC also mentions. The group notes, for instance, that birth rates have fallen alongside abortion rates, saying that means fewer women are getting pregnant to begin with. About 18% of pregnancies in the U.S. end in abortion.

On the other side of the debate, anti-abortion organizations have credited the drop to restrictions on abortions and say the numbers indicate more women are choosing to carry a pregnancy to term.

“Pro-lifers are passing protective laws, changing hearts and minds, and helping women through pregnancy help centers,” said Michael New, an associate scholar at the Charlotte Lozier Institute and professor at the Catholic University of America. “These new numbers from the CDC provide additional evidence that pro-life efforts to build a culture of life are succeeding.”

Other data supports the CDC’s conclusion that abortions are falling overall. The Guttmacher Institute collects abortion data from all known 808 abortion facilities in the U.S. and found in its most recent report that 862,320 abortions were performed in 2017, down 7% from 926,190 in 2014.