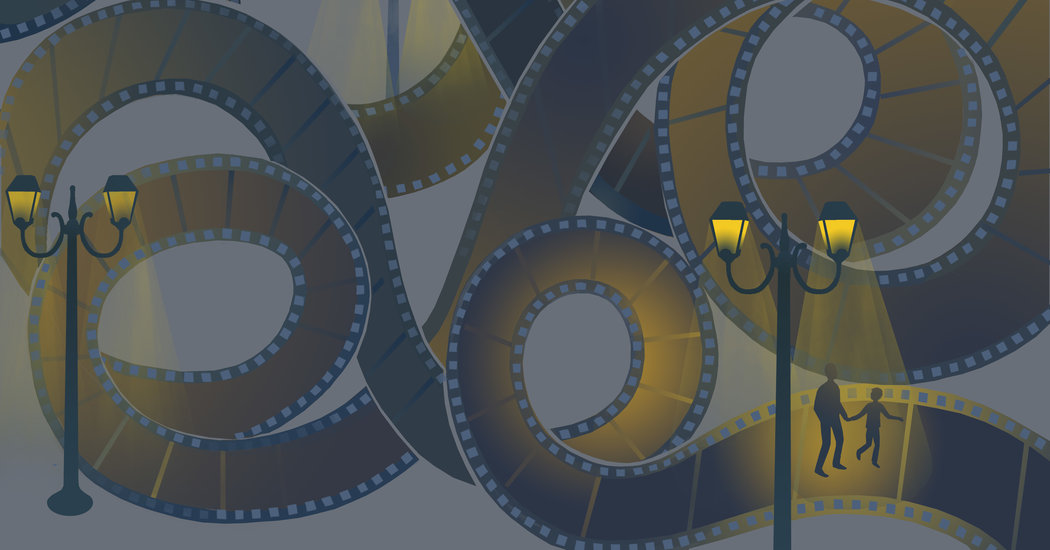 The pre-dawn phone call roused me from sleep.

“Your father’s gone!” my mother cried. “He ran out while I was sleeping. You need to get him back!”

It was the latest of many wake-up calls I’d received as my 82-year-old father’s lifelong erratic behavior became compounded by new woes. My mother regularly summoned me to talk him down from irrational rages or peel him off the floor following his latest tumble.

They lived on my Brooklyn block. I didn’t even have to cross the street to join the chaos.

I rushed to their apartment, where two kind cops were promising my mother they’d find him. It was winter and I headed out alone to look for footprints in the new-fallen snow.

My mind strayed to the scene in one of my father’s favorite comedies, “The In-Laws,” where Peter Falk exhorts Alan Arkin to take a “Serpentine! Serpentine!” route to avoid gunfire, even after making a straight dash to safety.

Another call brought me back: The officers had found my father in his building, tugging on the door to the roof, believing it was his apartment. He’d left his glasses at home.

My father had toiled for years as a special delivery postal worker, a job he didn’t like, save for one perk: When he’d drop off movie posters at theaters around Brooklyn, managers would toss him free passes. They were the modest counterpart of a Wall Streeter’s bonus for a man only at ease amid the flicker of a projector.

We saw countless films in movie houses that no longer exist, places with majestic names demanding a “The” before them: The Oriental, The Benson, The Walker.

We caught “Annie Hall” at The Kent (the scene where Annie’s anti-Semitic grandmother imagines Woody Allen’s Alvy Singer as a Hasidic Jew drew gasps from Orthodox folks in the Sunday crowd). There was “Hair” at The Midwood (which led to a lecture on the dangers of war and free love). “Rocky” at The Alpine (my father wept when Rocky reconciled with his grizzled trainer, Mickey).

My father, reared during the Great Depression, was too cheap to buy popcorn. But he’d sneak potato chips in Baggies. Perhaps he also felt as if he were smuggling himself into a refuge guarded by larger-than-life icons of his youth like Bogart, Cagney and Flynn.

He’d spent too many of his high school days playing hooky at the fabled Brooklyn Paramount, trying escape memories of a childhood dotted with Dickensian patches.

Life at home and at the movies proved my tale of two childhoods. At home, my father’s unpredictable fury, sometimes violent, could erupt over a missing TV Guide. He was a pathological gainsayer, picking arguments with a Larry David–like attention to the inane. A debate over the merits of generic gelatin vs. Jell-O (he favored the less expensive option) could escalate into a battle waged with vicious insults.

But at the movies, he became my star. When the lights went down, his other emotions poured out, from laughter to tears. His rare happy afterglow could last through most of the walk or bus ride home.

We could never agree on much. But in the winter of 1974, a 42-year-old man and his 7-year-old son left The Fortway equally convinced that the bean-fueled campfire scene from “Blazing Saddles” ranked as the funniest sequence in movie history.

In my teenage years, I began going to the movies with friends. I could now outargue my father on matters picayune and otherwise. I also began avoiding him to evade fighting, which only made him all the angrier.

As he grew older, my father’s ever-lurking wrath gave way to debilitating depression. During some periods, he’d sleep all day and watch old movies all night.

Part of my declaration of independence manifested in becoming a pop culture obsessive — on my own terms.

I’d flee to revival houses like Theater 80 St. Marks and The Thalia in “the city,” Manhattan. My first big story as a reporter came while interning for The Westsider, a Manhattan weekly, when I learned the classic films featured at The Regency were being scrapped for first-run fare.

My first date with the woman I later married brought us to The Film Forum for a Vincent Price horror laugher (“The Tingler”). We’d eventually take our daughter there for introductions to Keaton, Chaplin and the Marx Brothers.

Our shared fascinations extended to the Beatles, and the three of us bonded through trips to Liverpool. An unspoken part of my motivation, though, was to show my father I was the better dad.

In the movies, our story would have ended with the scene at my father’s bedside. But the show went on for another 14 months, with a “Groundhog Day”-like cycle of trips to the emergency room to the psych ward to rehab to home and all over again.

The phone rang again, late on a Saturday night, on another cold winter day. My father had been rushed to the hospital from rehab. My mother and I arrived as the doctors were trying to revive him. My mind roamed to the surreal musical-production-number hospital death scene from “All That Jazz.”

After some tough conversations with my younger brother and sister, we decided to end the extraordinary efforts and say our goodbyes.

It was my turn to write the script, though it was an act of improvisation: “You,” I whispered in his ear, “were the best father for me.”

I gave the eulogy at his funeral Mass, invoking another of his favorite comedies, the one with the greatest ending of them all. In “Some Like It Hot,” Jack Lemmon’s Daphne ticks off reasons to Joe E. Brown’s Osgood Fielding III on why he’d make a bad wife, before revealing he’s a man. “Nobody’s perfect,” Osgood shrugs.

Two months later, I sat with my daughter, then 18, at a Crosby, Stills and Nash concert. The intergenerational crowd got weepy as the band sang “Teach Your Children.”

The show took place in The Kings Theater in Brooklyn, an old Loew’s movie palace that recently had reopened after nearly 40 years and a $ 95 million renovation.

I looked around in wonder, just like Woody Allen’s childhood stand-in from “Radio Days,” when he steps into Radio City Music Hall in the 1940s.

“It was like entering heaven,” Allen says in the voice-over.

The scene underscores what my father taught me, in his own clumsy way: Perfection only exists in the movies, and just maybe in old movie theaters.

Jere Hester is the editor in chief of THE CITY and the author of “Raising a Beatle Baby: How John, Paul, George and Ringo Helped Us Come Together as a Family.”