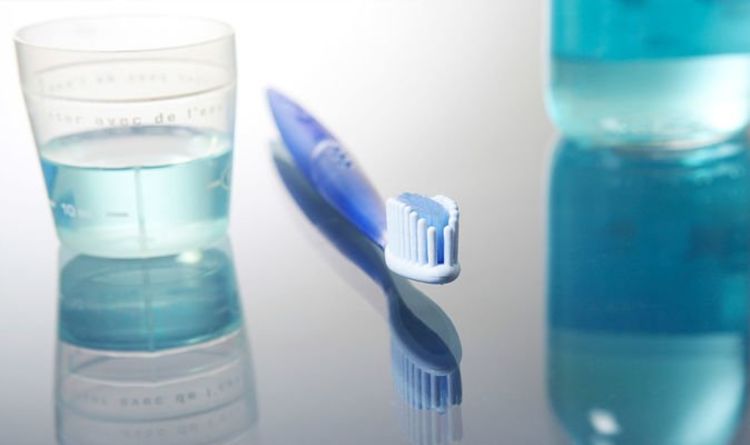 Dr Milad Shadrooh, also known as the Singing Dentist, claimed that colleagues had told him that alcohol-based mouthwash could hold a key in the quest to rid the mouth of the deadly virus. In the UK alone, at least 38,000 people have reportedly contracted the virus – with nearly 4,000 of those dying as a result. The Government has continued to push its message of staying indoors and only leaving the house in certain circumstances in order to stop the rise of the infection.

It is hoped that by following the strict guidelines, the number of cases will fall, helping reduce the stress on an already underprepared NHS.

And in this time of panic, many are looking to ways to help them stave off the threat of infection.

People are now routinely wearing items such as facemasks, believing this to stop the infection passing on to them, while others are dousing themselves in hand sanitisers and other similar products.

Now, Dr Shadrooh, who became a familiar face for TV watchers after his hilarious parody videos became internet sensations, has exposed some other measures that could be taken to ward off the virus.

Speaking exclusively to Express.co.uk, he revealed exactly how mouthwash could support some dentists’ theories, while launching a rallying cry for people across the country to keep their teeth clean.

He said: “While you’re at home now, there are no excuses.

“We have so much time to do this now.

Dr Shadrooh is most commonly known for his parody videos, which have amassed millions of viewers online after posting his first around four years ago.

He has poked fun at everyone from Michael Jackson to Ed Sheeran by changing the words of their songs into educational lyrics on dentistry.

In Dr Shadrooh’s latest video, he takes aim at the coronavirus – recording a parody of the Ice T classic ‘Ice, Ice, Baby’.

He removed the title words with “corona-virus baby,” while other lines include  “stop, self-isolate and listen, covid’s back it’s a brand new virus, it grabs a hold of you tightly, grips like a harpoon yeah it’s frightening”.