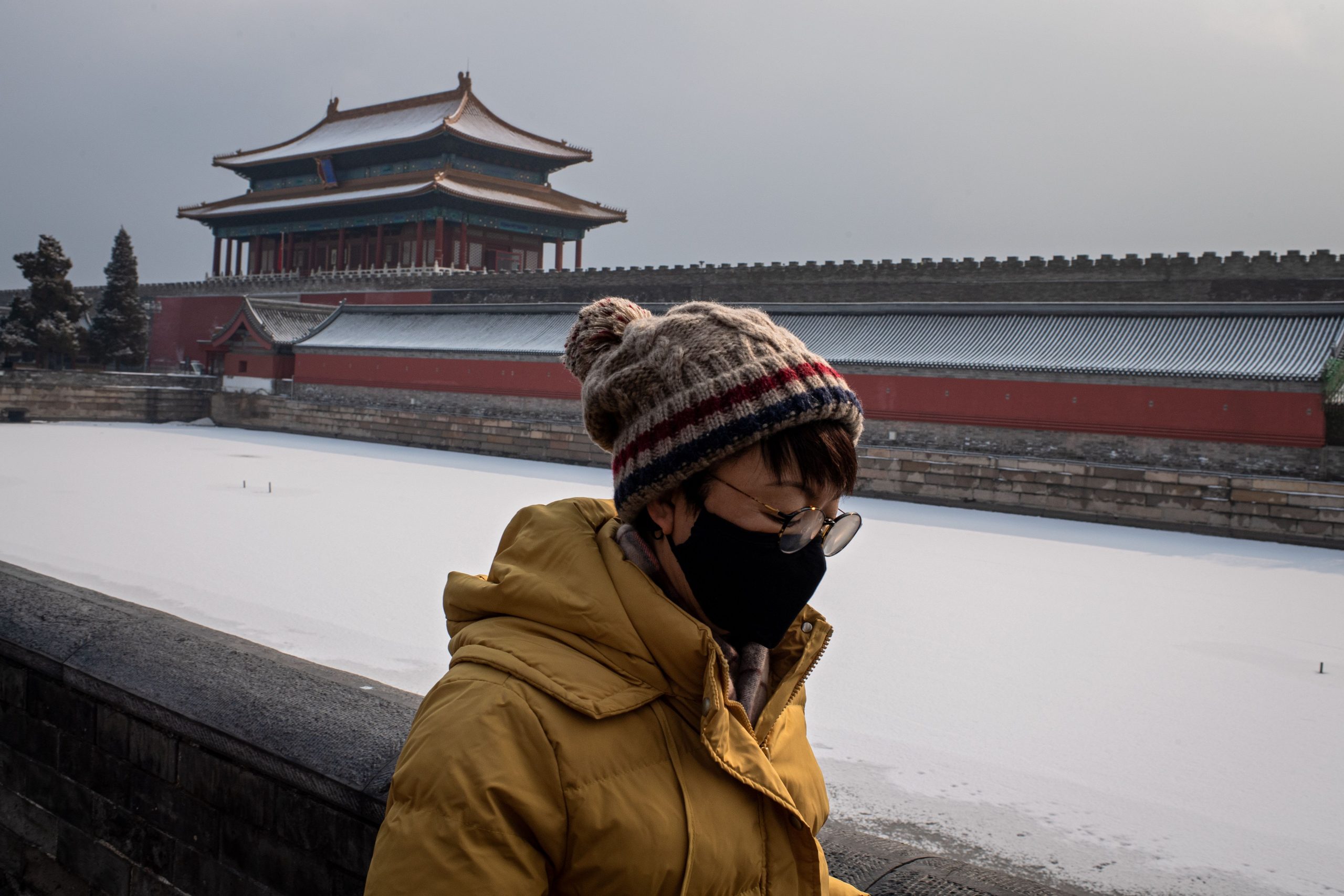 A woman wears a protective mask to prevent the spread of the SARS-like virus as she walks outside of the Forbidden city (back) after a snowfall in Beijing on February 2, 2020.

All times below in Beijing time.

As of Monday morning, at least 24 provinces, municipalities and other regions in have told businesses not to resume work before Feb. 10 at the earliest. That’s according to publicly available statements from the governments.

Last year, those parts of China accounted for more than 80% of national GDP, and 90% of exports, according to CNBC calculations of data accessed through Wind Information.

: encouraged companies to have employees work from home until Feb. 10.

Hubei: businesses are not to reopen until at least Feb. 14. However, officials said Friday that Hubei would further extend the holiday to an “appropriate extent,” according to state-owned newspaper People’s Daily.

Tianjin: Businesses and schools are not to reopen until further notice.

8:10 am: China markets set to reopen on Monday

Investors are bracing for the reopen of mainland Chinese markets at 9:30 a.m. after the extended holiday, with expectations they will take a battering amid the virus outbreak.

The People’s Bank of China, however, announced Sunday that it will inject 1.2 trillion yuan (approx. $ 173 billion) worth of liquidity into the markets via open market reverse repo operations.

Meanwhile, other Asia markets tumbled at Monday’s open, with Japan, Australia and South Korea all dropping more than 1%.

Wuhan, China is the capital city of Hubei province and the epicenter of the coronavirus outbreak.

All times below in U.S. eastern standard time.

The ninth U.S. case of coronavirus was confirmed in Santa Clara County on Sunday. It’s the second case in the San Francisco Bay area. The case is in a woman who was recently in Wuhan, China, and visited the U.S. to see family on Jan. 23, according to the County of Santa Clara Public Health Department.

Russian Railways said on Sunday that it would temporarily suspend passenger trains to China from midnight until further notice, including rail services along the Moscow-Beijing route.

The Chinese city of Wuhan has finished building an emergency hospital to treat patients infected with the virus. Huoshenshan Hospital will have 1,400 medical staff from the armed forces starting on Monday and a capacity of 1,000 beds, China’s state news agency Xinhua reported.

For more coverage on the coronavirus, read the overnight blog from CNBC’s U.S. team.