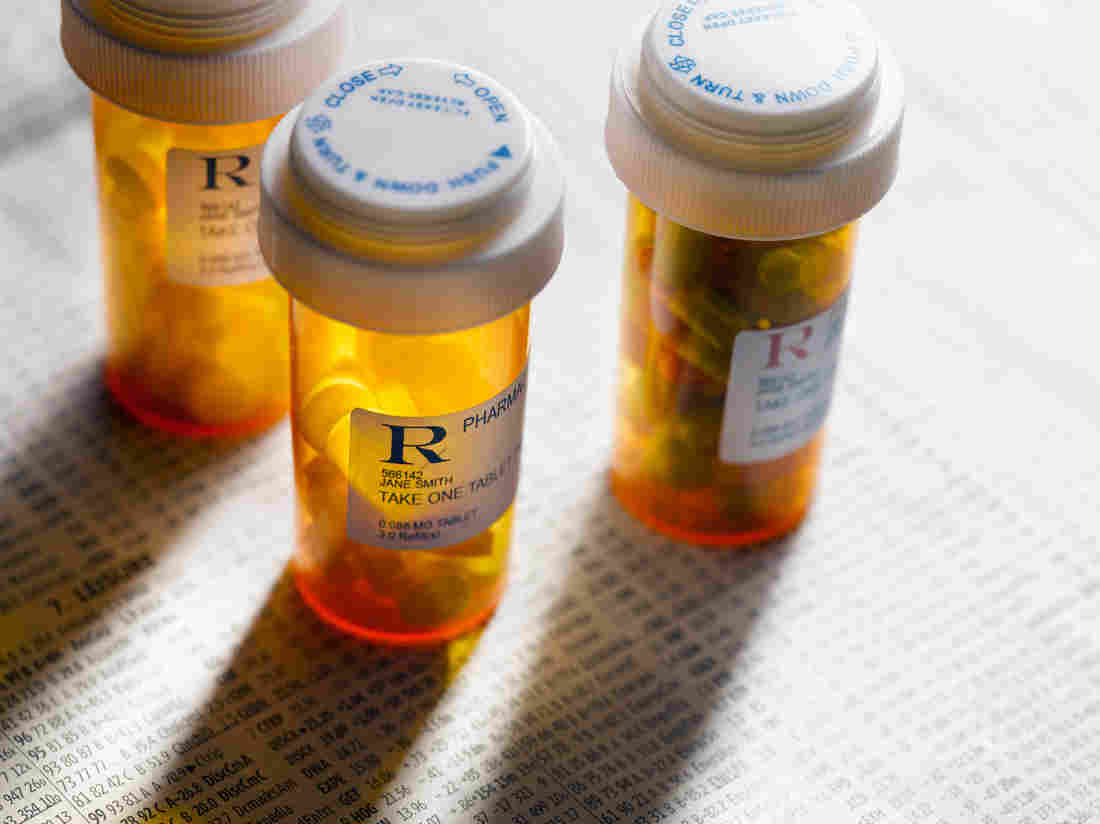 In light of the spread of COVID-19, some U.S. health insurers have begun to allow patients to order a larger emergency supply of their routine medicines for diabetes, heart disease and other chronic conditions. Jeffrey Hamilton/Getty Images hide caption

As COVID-19 begins to spread and sicken more people in the United States, federal health officials are recommending people acquire a several-week supply of the prescription drugs they routinely take for chronic conditions. You don’t want to be stuck without them if you get sick.

“I think it’s excellent advice, although I would suggest that people have a greater supply than a few weeks” says Dr. Peter Jacobson with the University of Michigan School of Public Health. “People should not be caught short of having enough heart medications, diabetic medications or any potentially lifesaving medication that they need on a routine — daily or weekly or monthly — basis.” He suggests aiming to have a three-month supply on hand.

But boosting your emergency supply of medicine is often challenging, even as insurers begin to ease their usually tight restrictions in light of COVID-19.

And Jacobson says working it out with insurance companies can be difficult. “Have you ever tried to deal with your insurer over the phone?” he says. “Can you even get through? How long do you have to wait online?” Callers are often told to phone later, or are sent to another department, in what can feel like a never-ending loop.

Here’s an alternative, Jacobson says: Reach out to your pharmacist to help intervene.

“They do it all the time,” Jacobson says. “They’re constantly talking to the primary care physician or any specialist on the nature of a prescription — the length of time,” he says. Your primary care provider may also be able to help intervene with the insurance company.

Most insurers will relax their refill policies in cases of natural disasters like hurricanes or earthquakes. And that’s just beginning to happen with the spread of the coronavirus.

For example, the health insurance plan provider Anthem is now recommending its members talk with their doctor about whether they need to increase their regular one-month supply of medication to three months. Regence BlueCross BlueShield of Oregon and Regence BlueShield of Washington say they are “easing access to regular prescription drugs.”

This past weekend, Blue Cross and Blue Shield companies announced they, too, will increase access to prescription medications, by waiving early medication refill limits on 30-day prescription maintenance medications, and/or by encouraging members to use their 90-day mail-order benefit.

But even with relaxed policies, stocking up on medicine could be difficult, especially for people who lack insurance or who can’t afford the co-pay of a larger than usual quantity of the medicines they need.

“If they’re not insured, the costs could be quite prohibitive,” says Frederick Isasi, of the consumer advocacy group Families USA. “So it will definitely impact the low-income and working families much more than other folks.”

And even for patients who are insured, Isasi says, the cumulative co-pays could end up being too high, especially for drugs that are already expensive.

“We know that folks are routinely getting hit with very expensive co-pays for insulin,” he says. “In those instances, even insured families who are low-income will really have a hard time being able to afford to pay for that stockpile of insulin.”

It’s not clear exactly how much extra medication people should have on hand. The Centers for Disease Control and Prevention calls for an “emergency supply.” The Department of Homeland Security says “a continuous supply.” But neither specifies whether that means one month or three months.