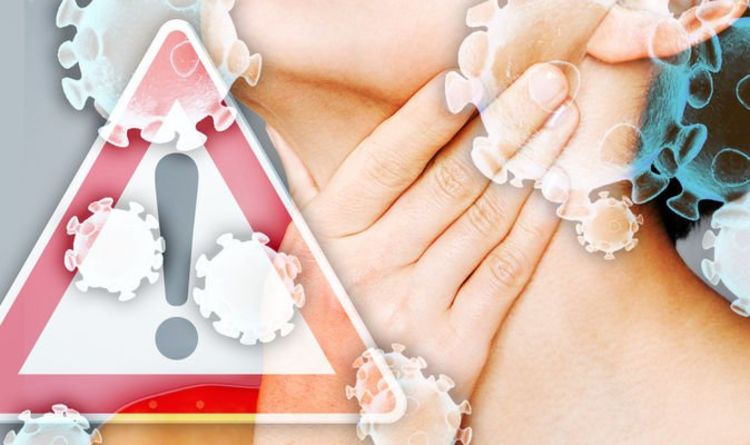 Coronavirus has now been declared a pandemic by the World Health Organisation and the virus will spread more rapidly in the coming weeks. With many people being told to prepare for major disruptions to daily life in order to prevent a further spread, knowing  the exactly what are the symptoms of the deadly disease is cruical. A woman has revealed her first sign of reveals what others should look out for. What is it?

Charlie Garratt from Falmouth, UK revealed her first symptom of the virus began and prompted her to get checked.

Writing on Facebook, Charlie said: “Hopefully a reassuring update for you on Covid-19, all of us who have had it so far have followed a similar pattern of symptoms and are almost recovered now since it began a week ago, apart from a draining tiredness.

“We all began with a sore throat and hoarseness, some had a ‘strange’ headache.

“Some of us also had an upset stomach, this then moved into slight breathlessness before a fever began which came and went.

“For my confirmed friend the breathlessness was so  she went to hospital on 111’s advice, where they tested her and that is how she was confirmed positive three days later.

“Some also had conjunctivitis. The breathlessness increases with a cough for some but not all.

“My children have had dry coughs with fevers, which have come in the evening but not bothered them.

“We cannot say 100 percent that we’ve all definitely had it without testing, but the odds are very high that this was

“Whenever I got up to do housework like changing a bed or hoovering, I became breathless and dizzy and had to sit down again.”

She advised anyone who might be panicking about potential signs and symptoms of the deadly virus to try and rest and not worry.

“If is or isn’t at the moment you are very likely to get it at some point and the more rest you have the better able to fight it you will be.

“The common feeling is that something is trying to make you poorly, through your lungs especially and your body is fighting back.”