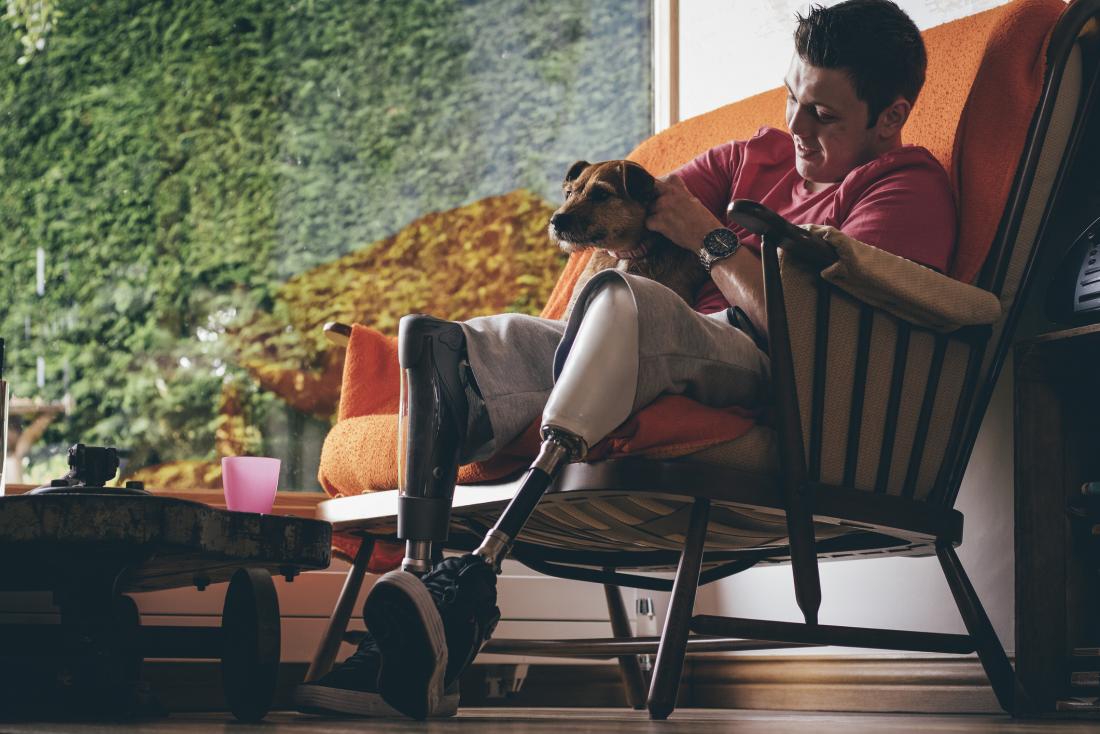 Most people who have an amputation will experience phantom limb sensations, and new research helps explain why.

Phantom limb is the sensation that the missing part remains attached. The vast majority of people with amputation report phantom sensations, often with pain.

Now, an imaging study from two research centers in Rio de Janeiro in Brazil has pinpointed certain changes in functional connectivity — or how brain areas communicate — that can follow limb amputation.

The changes occur in the sensorimotor areas, which are the parts of the brain that process touch and other sensory signals and control movement.

The researchers found two main changes in functional sensorimotor connectivity. One affected communication between the left and right sides of the brain, and the other affected only the side of the brain that lay on the opposite side of the body to the amputation.

The journal Scientific Reports has recently published a paper on the findings.

“The brain changes in response to amputation,” says first study author Ivanei E. Bramati, who is a medical physicist at the D’Or Institute for Research and Education in Rio, “have been investigated for years in those patients who report the phantom limb pain.”

“However, our findings show that there is a functional imbalance, even in the absence of pain, in patients reporting only phantom sensations,” he adds.

The researchers believe that their findings will help scientists to understand better brain plasticity, which is the brain’s ability to alter its structure and function in response to changing circumstances.

At one time, many scientists thought that the adult brain was fixed and not capable of much change. They assumed that while the brain underwent a lot of change during early development, it ceased once adulthood arrived.

Today, however, there is a different view. There is now a “general acceptance” that even the adult brain can change in response to stress, hormones, learning, drugs, stimulation, aging, and other factors.

These conditions can lead to changes in structure and networks in the brain, including the generation of new neurons and alterations to connectivity and biochemistry.

Investigating mechanisms of brain plasticity could lead to new treatments, for instance, for psychiatric conditions.

Around 65 percent of the 1.6 million people in the United States with amputation have undergone lower limb amputation.

The researchers suggest that as many as 90 percent of individuals with amputation report phantom sensations.

In their report, the authors refer to studies that have linked phantom limb to “maladaptive plasticity.”

However, they also note that more recent research has challenged this notion. For example, one study found that, following hand amputation, there was increased activity in the associated motor and sensory area of the brain.

Such conflicting findings suggest that phantom limb might not be due to straightforward causes and may perhaps even involve several factors.

The individuals with amputation were all experiencing phantom sensations in the missing limb part, but without pain.

Read More:  Belly Fat Can Lead to an Attack of Pancreatitis

A previous MRI study by the team revealed that touching the stump of a limb amputation caused the brain to overreact.

This investigation also showed that amputation appears to weaken the corpus callosum, which is a structure that connects the left and right hemispheres of the brain.

The sensorimotor area of a limb lies on the side of the brain that is opposite to that of the limb itself. Therefore, signals about sensations and movement between brain and limb have to cross the corpus callosum.

Network imbalance in the brain

The researchers found a “pronounced reduction” in functional connectivity between the two brain hemispheres in the individuals with amputation.

They also observed an increase in functional connectivity within the hemisphere of the brain that was on the opposite side to the amputation.

It seems, the team remarks, that limb amputation causes an imbalance in the organization of the brain’s functional network.

In addition, it appears that “pain is not critical” to the types of sensorimotor changes that occur after injury to limbs.