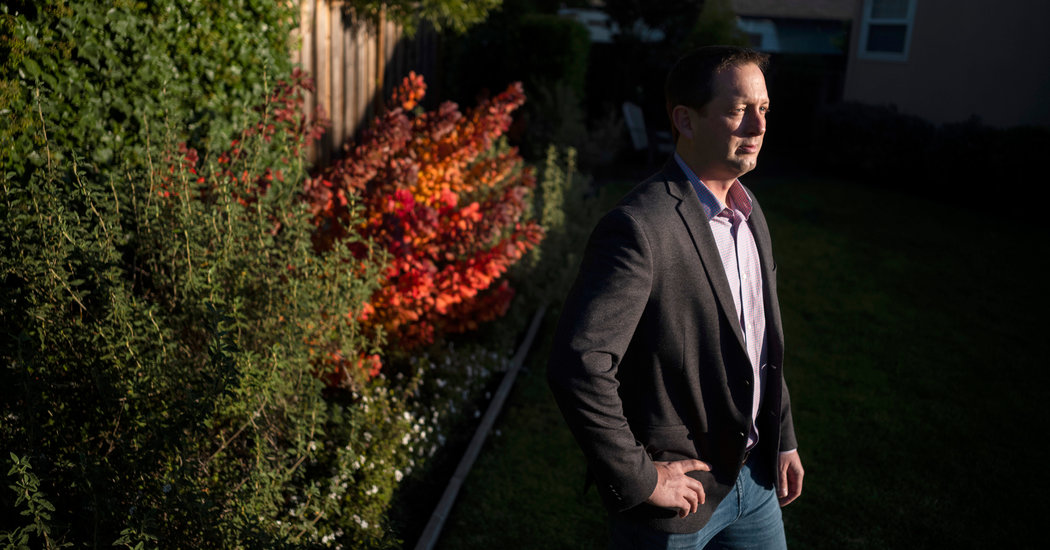 At a time when germs are growing more resistant to common antibiotics, many companies that are developing new versions of the drugs are hemorrhaging money and going out of business, gravely undermining efforts to contain the spread of deadly, drug-resistant bacteria.

Antibiotic start-ups like Achaogen and Aradigm have gone belly up in recent months, pharmaceutical behemoths like Novartis and Allergan have abandoned the sector and many of the remaining American antibiotic companies are teetering toward insolvency. One of the biggest developers of antibiotics, Melinta Therapeutics, recently warned regulators it was running out of cash.

Experts say the grim financial outlook for the few companies still committed to antibiotic research is driving away investors and threatening to strangle the development of new lifesaving drugs at a time when they are urgently needed.

“This is a crisis that should alarm everyone,” said Dr. Helen Boucher, an infectious disease specialist at Tufts Medical Center and a member of the Presidential Advisory Council on Combating Antibiotic-Resistant Bacteria.

The problem is straightforward: The companies that have invested billions to develop the drugs have not found a way to make money selling them. Most antibiotics are prescribed for just days or weeks — unlike medicines for chronic conditions like diabetes or rheumatoid arthritis that have been blockbusters — and many hospitals have been unwilling to pay high prices for the new therapies. Political gridlock in Congress has thwarted legislative efforts to address the problem.

The challenges facing antibiotic makers come at time when many of the drugs designed to vanquish infections are becoming ineffective against bacteria and fungi, as overuse of the decades-old drugs has spurred them to develop defenses against the medicines.

Drug-resistant infections now kill 35,000 people in the United States each year and sicken 2.8 million, according a report from the Centers for Disease Control and Prevention released last month. Without new therapies, the United Nations says the global death toll could soar to 10 million by 2050.

[Read our other stories in our series on drug resistance, Deadly Germs, Lost Cures.]

The newest antibiotics have proved effective at tackling some of the most stubborn and deadly germs, including anthrax, bacterial pneumonia, E. coli and multidrug-resistant skin infections.

The experience of the biotech company Achaogen, is a case in point. It spent 15 years and a billion dollars to win Food and Drug Administration approval for Zemdri, a drug for hard-to-treat urinary tract infections. In July, the World Health Organization added Zemdri to its list of essential new medicines.

By then, however, there was no one left at Achaogen to celebrate.

This past spring, with its stock price hovering near zero and executives unable to raise the hundreds of millions of dollars needed to market the drug and do additional clinical studies, the company sold off lab equipment and fired its remaining scientists. In April, the company declared bankruptcy.

Public health experts say the crisis calls for government intervention. Among the ideas that have wide backing are increased reimbursements for new antibiotics, federal funding to stockpile drugs effective against resistant germs and financial incentives that would offer much needed aid to start-ups and lure back the pharmaceutical giants. Despite bipartisan support, legislation aimed at addressing the problem has languished in Congress.

“If this doesn’t get fixed in the next six to 12 months, the last of the Mohicans will go broke and investors won’t return to the market for another decade or two,” said Chen Yu, a health care venture capitalist who has invested in the field.

The industry faces another challenge: After years of being bombarded with warnings against profligate use of antibiotics, doctors have become reluctant to prescribe the newest medications, limiting the ability of companies to recoup the investment spent to discover the compounds and win regulatory approval. And in their drive to save money, many hospital pharmacies will dispense cheaper generics even when a newer drug is far superior.

“You’d never tell a cancer patient ‘Why don’t you try a 1950s drug first and if doesn’t work, we’ll move on to one from the 1980s,” said Kevin Outterson, the executive director of CARB-X, a government-funded nonprofit that provides grants to companies working on antimicrobial resistance. “We do this with antibiotics and it’s really having an adverse effect on patients and the marketplace.”

Many of the new drugs are not cheap, at least when compared to older generics that can cost a few dollars a pill. A typical course of Xerava, a newly approved antibiotic that targets multi-drug resistant infections, can cost as much as $ 2,000.

Tetraphase, based in Watertown, Mass., has struggled to get hospitals to embrace Xerava, which took more than a decade to discover and bring to market, even though the drug can vanquish resistant germs like MRSA and CRE, a resistant bacteria that kills 13,000 people a year.

Tetraphase’s stock price has been hovering around $ 2, down from nearly $ 40 a year ago. To trim costs, Mr. Edwards recently shuttered the company’s labs, laid off some 40 scientists and scuttled plans to move forward on three other promising antibiotics.

For Melinta Therapeutics based in Morristown, N.J., the future is even grimmer. Last month, the company’s stock price dropped 45 percent after executives issued a warning about the company’s long-term prospects. Melinta makes four antibiotics, including Baxdela, which recently received F.D.A. approval to treat the kind of drug-resistant pneumonia that often kills hospitalized patients. Jennifer Sanfilippo, Melinta’s interim chief executive, said she was hoping a sale or merger would buy the company more time to raise awareness about the antibiotics’ value among hospital pharmacists and increase sales.

“These drugs are my babies, and they are so urgently needed,” she said.

Coming up with new compounds is no easy feat. Only two new classes of antibiotics have been introduced in the last 20 years — most new drugs are variations on existing ones — and the diminishing financial returns have driven most companies from the market. In the 1980s, there were 18 major pharmaceutical companies developing new antibiotics; today there are three.

“The science is hard, really hard,” said Dr. David Shlaes, a former vice president at Wyeth Pharmaceuticals and a board member of the Global Antibiotic Research and Development Partnership, a nonprofit advocacy organization. “And reducing the number of people who work on it by abandoning antibiotic R & D is not going to get us anywhere.”

A new antibiotic can cost $ 2.6 billion to develop, he said, and the biggest part of that cost are the failures along the way.

Some of the sector’s biggest players have coalesced around a raft of interventions and incentives that would treat antibiotics as a global good. They include extending the exclusivity for new antibiotics to give companies more time to earn back their investments and creating a program to buy and store critical antibiotics much the way the federal government stockpiles emergency medication for possible pandemics or bioterror threats like anthrax and smallpox.

The DISARM Act, a bill introduced in Congress earlier this year, would direct Medicare to reimburse hospitals for new and critically important antibiotics. The bill has bipartisan support but has yet to advance.

One of its sponsors, Senator Bob Casey, Democrat of Pennsylvania, said some of the reluctance to push it forward stemmed from the political sensitivity over soaring prescription drug prices. “There is some institutional resistance to any legislation that provides financial incentives to drug companies,” he said.

Washington has not entirely been sitting on its hands. Over the past decade, the Biomedical Advanced Research and Development Authority, or BARDA, a federal effort to counter chemical, nuclear and other public health threats, has invested a billion dollars in companies developing promising antimicrobial drugs and diagnostics that can help address antibiotic resistance.

“If we don’t have drugs to combat these multi-drug resistant organisms, then we’re not doing our job to keep Americans safe,” Rick A. Bright, the director of the agency, said.

Dr. Bright has had a firsthand experience with the problem. Two years ago, his thumb became infected after he nicked it while gardening in his backyard. The antibiotic he was prescribed had no effect, nor did six others he was given at the hospital. It turned out he had MRSA.

The infection spread, and doctors scheduled surgery to amputate the thumb. His doctor prescribed one last antibiotic but only after complaining about its cost and warning that Dr. Bright’s insurance might not cover it. Within hours, the infection began to improve and the amputation was canceled.

“If I had gotten the right drug on Day 1, I would have never had to go to the emergency room,” he said.

Achaogen and its 300 employees had held out hope for government intervention, especially given that the company had received $ 124 million from BARDA to develop Zemdri.

As recently as two years ago, the company had a market capitalization of more than $ 1 billion and Zemdri was so promising that it became the first antibiotic the F.D.A. designated as a breakthrough therapy, expediting the approval process.

Dr. Ryan Cirz, one of Achaogen’s founders and the vice president of research, recalled the days when venture capitalists took a shine to the company and investors snapped up its stock. “It wasn’t hype,” Dr. Cirz, a microbiologist, said. “This was about saving lives.”

In June, investors at the bankruptcy sale bought out the company’s lab equipment and the rights to Zemdri for a pittance: $ 16 million. (The buyer, generics drug maker Cipla USA, has continued to manufacture the drug.) Many of Achaogen’s scientists have since found research jobs in more lucrative fields like oncology.

Dr. Cirz lost his life savings, but he said he had bigger concerns. Without effective antibiotics, many common medical procedures could one day become life-threatening.

“This is a problem that can be solved, it’s not that complicated,” he said. “We can deal with the problem now, or we can just sit here and wait until greater numbers of people start dying. That would be a tragedy.”