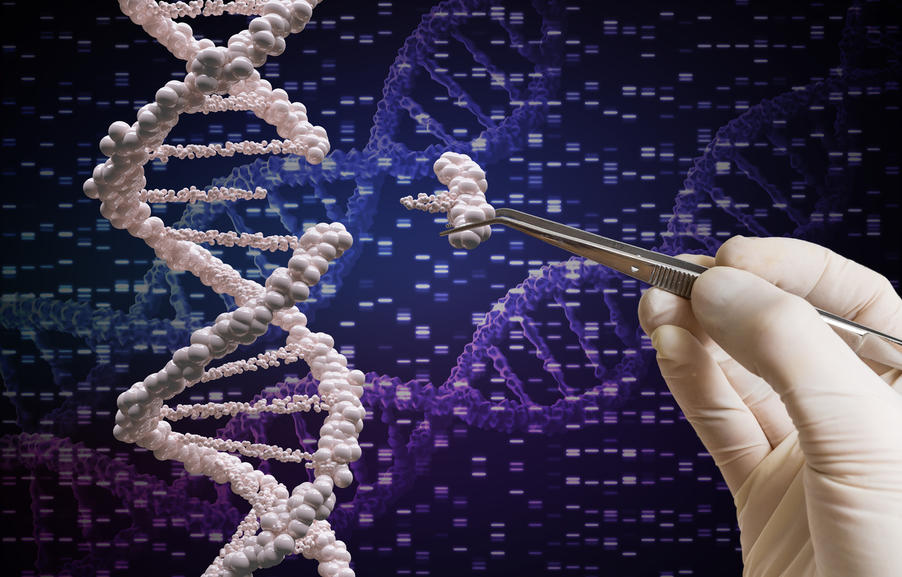 In modern medicine there is a precise cutting tool called CRISPER Cas9 that is capable of precisely altering the genetic sequences in cells. It is much faster, cheaper, easier to use and more accurate than earlier versions. It was discovered in 2013 at UC Berkeley and it galvanized the medical community. Now only five years later it is moving out of the test tubes in the laboratories into clinical trials for various diseases.

Using CRISPER is more complicated than you might think. There is not just one strategy that will work. For some diseases it is only necessary to cut out the defective gene. For other diseases it is necessary to  cut out the defective gene and replace it with a good gene. Techniques that work in the test tube often fail in the human body, but remember this is a brand new strategy for treating diseases that have been incurable and the techniques are in their infancy.

In the meantime it has gotten faster and less expensive to find bad genes. In 2003 it took $ 2.7 billion dollars and 13 years to piece together the sequence of the 3.1 billion units of the DNA of the human genome. Today it costs under $ 1,000 and can take less than a day.

Thanks to intensive research the promise of CRISPER is clear.The daunting challenge is is how to deliver this treatment to the mass market. There is a collaboration between UCSF, UC Berkeley, and possibly UC Davis and Stanford to build an assembly line operation that brings standardization and efficiency to the field. Hopefully within a few years you will be hearing about CRISPER techniques being used to cure disease that were thought to be incurable.