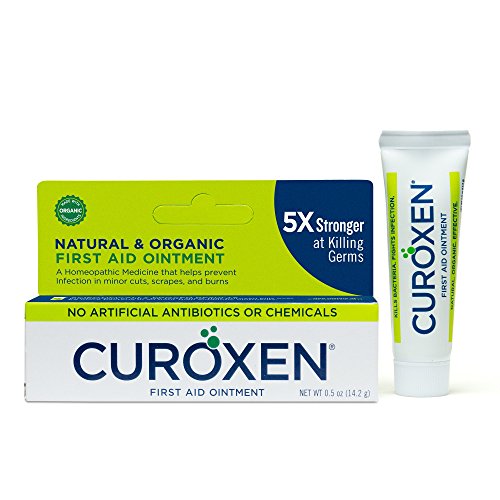 CUROXEN is the strongest germ-killing first aid ointment on the market. And it’s made from only all-natural, organic ingredients. That may sound too good to be true, but we have the scientific evidence that proves it. Nielsen Laboratories conducted bacteria log reduction tests on CUROXEN, Neosporin, Polysporin, Bacitraycin, Curad Silver, Vaseline, Calendula, and Terrasil, and showed that CUROXEN kills well over 5 times more bacteria than any of these other products.

How does it work? CUROXEN is made with the purest, organic olive oil that has been oxygenated by a proprietary process. The oxygen and the fatty acids in the olive oil bind, creating a powerful antimicrobial substrate. CUROXEN also contains calendula, a homeopathic substance derived from the marigold that is proven to aid in healing and has antimicrobial properties. Oxygen is necessary for cell repair and cell growth, and helps speed healing by delivering needed oxygen to the wound, even when bandaged.

Why shouldn’t I keep using Neosporin?