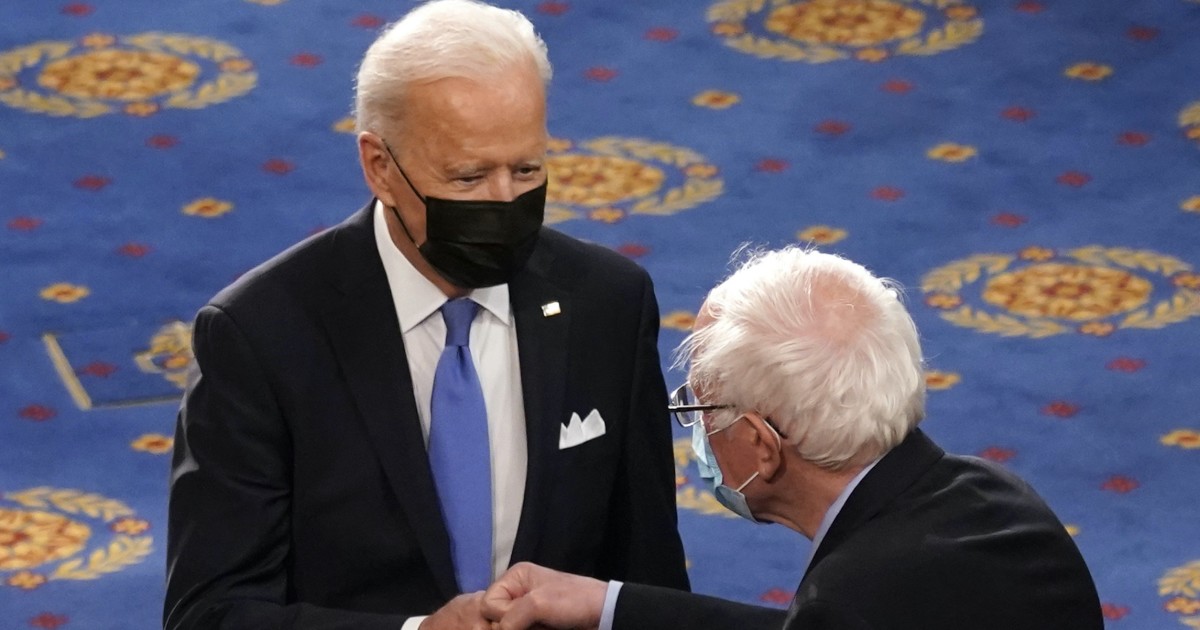 An effort by liberal Democrats to lower the Medicare eligibility age by five years could add billions more to the $ 3.5 trillion infrastructure and social welfare package the party is aiming to pass without GOP votes.

Vermont socialist Bernie Sanders is leading the push to make adults 60-64 years old eligible for the government health program, which could add about $ 200 billion in spending over the next 10 years to the party’s go-it-alone package, according to an estimate by the Committee for a Responsible Federal Budget. This means the yearly cost would add roughly 2.5% more to what the federal government spent overall on Medicare in 2020 — about $ 776 billion.

But that figure comes “with a huge range of uncertainty,” according to Maya MacGuineas, the president of the Committee for a Responsible Federal Budget.

The CRFB estimate was based on “the best information we have” from President Joe Biden’s 2020 campaign, MacGuineas said. An updated proposal from lawmakers in Congress outlining how the proposal will be paid for has not been released.

Meanwhile, Dr. Lanhee Chen, Tom Church, and Daniel Heil, policy experts at the conservative Hoover Institution, estimated that under this expansion, nearly 14 million 60- to 64-year-olds would be eligible to enroll in Medicare Part A, which covers inpatient care.

The report, supported by the Partnership for America’s Health Care Future, concluded the change to eligibility age would increase Medicare spending by about $ 83 billion in 2022, while the federal deficit would rise by $ 32.2 billion.

Eagan Kemp, a health policy expert at the left-leaning watchdog group Public Citizen, told the Washington Examiner the estimation should be taken with a grain of salt “given that this sort of study is funded by folks that just want to kill” the effort to lower Medicare eligibility.

Rather, he believed the CRFB’s estimate to be more accurate, adding, “Obviously there’s a number of factors at play depending on what else ends up being in the mix.”

Democrats have also pledged to add coverage for dental, vision, and hearing services for beneficiaries, which would keep many of them from spending more money on a Medicare Advantage plan, a type of insurance plan providing Medicare benefits through private health insurers. Those plans typically cover what traditional Medicare does not, including dental, vision, and hearing care.

“Depending on sort of how the overall Medicare improvement and expansion pieces pass, if we sort of hit the home run … adding, dental, vision, and hearing benefits, lowering the age and adding [a cap for out-of-pocket costs], both folks in the 60 to 65 range as well as folks 65 and older are going to really be experiencing that better version of Medicare where they feel less pressure to go into a Medicare Advantage plan,” Kemp said.

Democrats are still debating whether to include a provision to lower the eligibility age for Medicare in their recently released blueprint for a $ 3.5 trillion boost for the social safety net. But progressives have not given up hope that it could fit into the sweeping “soft” infrastructure package.

Liberals are more enthusiastic than centrists, who are less likely to support the politically fraught measure that would give the government more control over the healthcare system.

Liberals and centrists alike would also face a brutal fight against hospital systems eager to avoid caring for millions more Medicare beneficiaries whose plans would reimburse hospitals for much less than private plans. In fact, private insurance payment rates were between 1.6 and 2.5 times higher than Medicare rates, according to a 2020 analysis from the Kaiser Family Foundation.

The liberal arm of the party will run the risk of alienating more centrist Democrats by including this proposal, and the party needs every member to fall in line for it to pass by a simple majority.