In many homes, mornings can be a hectic rush to get out the door. With the chaos of trying to get the kids off to school and make it to work on time, breakfast may occasionally—or frequently—be overlooked. But if that’s the case in your household, you might want to rethink your morning schedule to ensure you’ll have some time to eat a little something. New research suggests that missing breakfast even once a week can elevate your risk for diabetes.

The study, which took place at Heinrich Heine University in Dusseldorf, Germany, found that the likelihood of developing type 2 diabetes increases in people who skip breakfast once a week and jumps considerably higher when breakfast is skipped multiple times a week. These results are based on an analysis of six different investigations that examined breakfast consumption and diabetes risk. The studies had a combined total of 96,175 participants, and 4,935 of those individuals had been diagnosed with diabetes.

The researchers found that forgoing a morning meal one time per week was linked to a six percent higher risk of developing diabetes—which may not sound like a lot. But the risk rose with each additional day of missed breakfast, topping out at a whopping 55 percent greater diabetes risk in those who skipped that meal four to five times a week. After that point, missing the sixth and seventh day resulted in no greater risk. It would seem that diabetes only works a five-day week.

Why would breakfast make such an impact on diabetes risk? After many hours without eating overnight, the food you consume in the morning revs up your metabolism for the next few hours. Through the night, with no food intake, your blood glucose levels drop. In the morning when you eat, however, your body goes to work converting the incoming foods into sugar to use for energy. The pancreas boosts the amount of insulin it produces and regulates blood sugar levels accordingly. But if you skip breakfast, it can delay those vital steps in the process and fail to properly balance blood sugar until much later in the day, thus raising your risk. 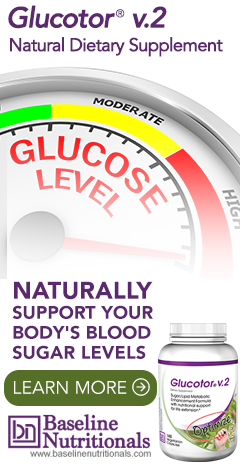 The findings of the current investigation are in line with those of earlier research that also connects missing breakfast with diabetes. For example, a 2013 study at the University of Colorado in Boulder showed that not eating breakfast may increase the risk of developing diabetes in overweight women.

Interestingly, though, the present research diverges “somewhat” from previous findings that obesity on its own is a risk factor for type 2 diabetes. In the current study, an association was found, but it was only part of the picture. While having a higher body mass index did increase the chance of developing diabetes, it was not as significant an indicator of the condition in those who skipped breakfast regularly as has been shown in other investigations. In any case, while obesity can certainly affect diabetes risk, these studies suggest that even people with normal BMIs can be at increased risk of diabetes when they skip one or more breakfasts a week.

Ultimately, this is a good reminder that breakfast is an important meal and we need to set aside a little morning time to have something to eat. But remember, what we choose to consume is just as significant as whether we are having breakfast. Indulging in a doughnut on the way to work or a quick bowl of high-sugar, low-fiber cereal is not going to benefit your body at all. Instead, plan ahead just a little and you can have a morning meal that’s quick, easy, and nutritious. Blend up a quick protein smoothie; eat a bowl of oatmeal made from oat groats or steel-cut oats with fresh berries; or whip up an omelet with vegetables. Just commit to eating a healthy breakfast every day so you get a good healthy energy boost and lower your diabetes risk to boot.