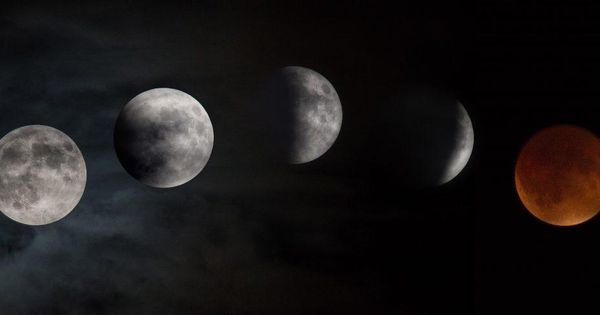 As a meteorologist and climate scientist, I am used to people asking me if groundhogs can predict the onset of spring or why I chose to study meteors (smile). These are common misperception. Over the years, people (including on the day that I am writing this) have asked me if there is any truth to moon phases affecting child birth. Most science-based studies unequivocally say “no” or are inconclusive at best.

While I certainly understand the influence of our lunar neighbor on Earth’s tidal activity Dunning-Kruger A 2013 article by Duke Health notes:

Dr. (Phillips) Heine, a maternal-fetal medicine specialist, is quick to dispute any connection between the phases of the moon and the onset of labor. “People have thought a full moon is responsible for many things — bad or good — through time. So when babies were born in a full moon, it naturally became the reason, rather than just the normal time,” says Dr. Heine. (Amy) MacDonald, director of Duke Midwifery Services, agrees, adding that the reason this myth has persisted for so long is likely because of strong cultural ties. “There are lots of belief systems and cultures around the world linking the cycle of the moon and women’s fertility,” she says.

I see this type of cultural inertia in my field too with things like the accuracy and efficacy of almanacs or rodents for weather prediction. I have written in Forbes on common myths within the field of meteorology.

According to the American Meteorological Society (AMS) Glossary,  2007 study published in the journal Archives of Gynecology and Obstetrics states in the abstract Some have even suggested that hurricanes and associated pressure chances can induce labor.

However, more recent medical literature finds this claim to be inconclusive. In 2017, Dr. Robyn Horsager-Boehrer wrote this on the UT Southwestern Medical Center blog, Your Pregnancy Matters:

Among health care professionals and labor and delivery nurses, there is a strong belief that falling barometric pressure results in an increase of spontaneous rupture of membranes and increased rates of spontaneous labor. In one survey, three-quarters of L&D nurses believed there was an effect from the weather. Most professionals come to this conclusion after spending hours working on a labor and delivery unit. It just seems that L&D gets a little busier when the weather gets bad. And it seems plausible, especially given the other effects barometric pressure seems to have on our bodies.

A 2017 study in the American Journal of Epidemiology found

overall the results are inconclusive. Even if it is true, the magnitude of importance is probably low, given everything else that occurs in the body during pregnancy. There’s also nothing we can do to affect changes in barometric pressure, so it’s probably not worth worrying about too much.