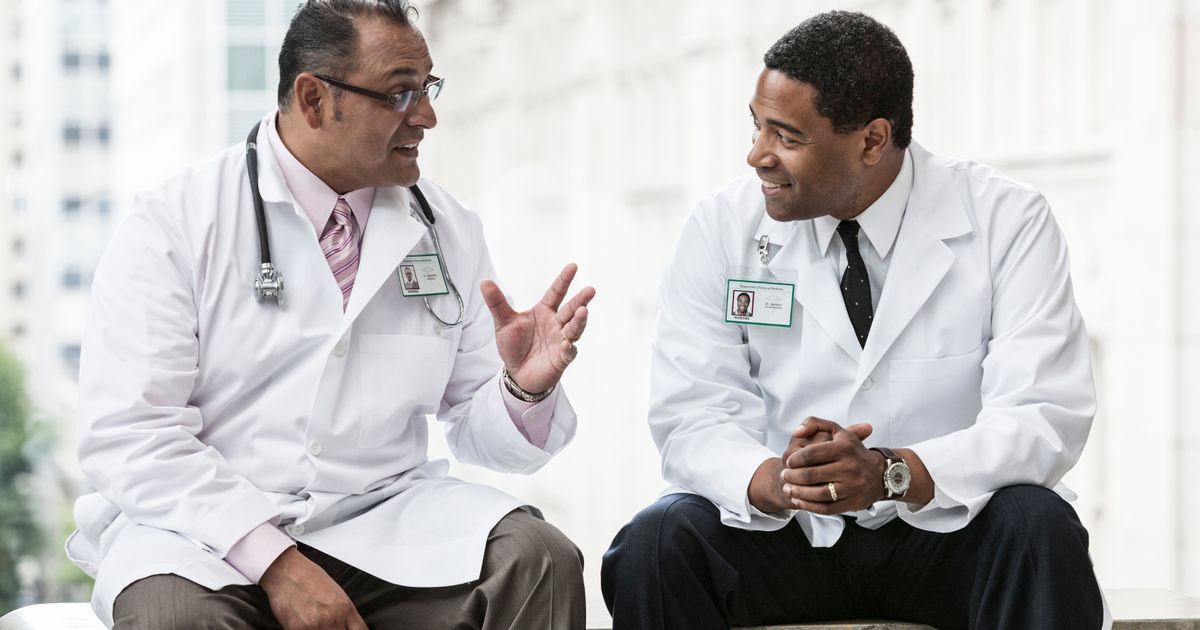 Nudge theory says if you’re told your peers are doing better than you are, you’ll up your game to keep up.

Seems it works with doctors too.

A study suggests 2,500 extra cancers could be spotted earlier each year if GPs with low referral rates were sent letters telling them their colleagues are referring more patients.

This way of giving doctors a nudge to do better and refer more patients for testing could save lives, experts say.

Cancer survival is being held back in the UK in comparison to other Western nations because we aren’t fast enough at diagnosing the disease.

If there’s a healthy rivalry between doctors, however, it could spur them on to boost the number of patients they refer for cancer tests.

Research from the Government’s Behavioural Insights Team, who tested the theory by sending letters to GPs in Manchester, revealed that cancer referral could jump by a fifth.

The team focused on 244 surgeries with a record of below-average cancer test referral rates.

The letters informed the practices that their referrals were below average and other neighbouring clinics were sending more patients for tests.

As a result of this nudge, those sending the fewest patients increased referrals by up to 20%, compared with practices which were not sent a letter.

So it appears with doctors, peer pressure does work. Referral rates rose by 10% on average among the ­practices with the lowest number of patients being sent for tests.

And so health chiefs are considering rolling out the letter-sending policy across the NHS.

However, the Royal College of ­General Practitioners, which ­represents NHS and private doctors in the UK, warned against piling ­pressure on doctors to send people to hospital.

“When some cancers are in the early stages they display similar symptoms to many much more common illnesses that must first be ruled out,” said Royal College of GPs chairwoman Helen Stokes-Lampard.

OK, but before cancer referral, why can’t we do some basic diagnostic tests in the community to exclude other common illnesses?