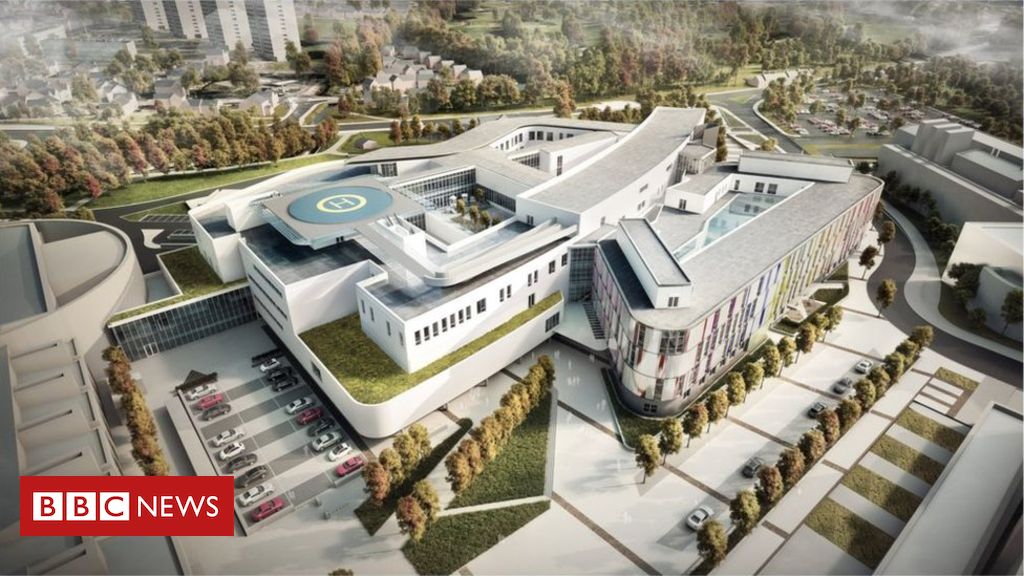 The project to build a new children’s hospital in Edinburgh will cost a further £90m.

A new Audit Scotland report shows that £80m has been spent on “enabling and equipment works” at the site – beyond the deal with consortium IHSL.

A further £11.6m was given to IHSL to end a contract dispute over construction standards at the hospital.

The extra costs mean the lifetime price tag of the new hospital could be more than £520m.

NHS Lothian pulled the plug on the opening of the hospital in July and fears have been raised over its future.

The annual audit report for NHS Lothian – finished before the hospital’s opening was indefinitely delayed – also reveals that the health board is facing a “financial gap” of £25.9m this year with a shortfall in excess of £80m projected by 2021/22, according to figures supplied by NHS Lothian.

Health secretary Jeane Freeman has said work to establish the extent of problems with ventilation and drainage at the unused hospital is “on track” and has ordered a number of inquiries into the situation.

But Scottish Labour health spokeswoman Monica Lennon said: “The government has clearly known for some time about the serious issues around governance and problems with the progress of the contract for the new Sick Kids hospital Edinburgh.

“With the publication of today’s report, it begs the questions of why the health secretary hasn’t previously mentioned it and how the situation has been allowed to progress to this stage.

“Concerns raised by trade union officials that the new Edinburgh Sick Kids could be ripped down before it even opens are unthinkable, and a public inquiry must get under way.”

Miles Briggs, the Scottish Conservatives health spokesman, said it was a “jaw-dropping report which reinforces the SNP government’s responsibility for the shambolic mess that has become the new Sick Kids hospital”.

He added: “Both the SNP and Lothian Health Board signed off the contract that led to the failed dispute resolution and another £11.6m cost to the taxpayer.

“Beyond the financial mismanagement, the health board must reassure the public that its significant concerns about public, patient and staff safety have been resolved.

“The fact is that the SNP has made a series of astonishingly-expensive mistakes and children are still being treated in a facility that is well past its sell by date.”

The new children’s hospital cost about £150m to build, but its full price tag over the next 25 years, including maintenance and facilities management fees, will be £432m.

In 2017, a dispute between NHS Lothian and IHSL began over standards of construction in relation to drainage, heater batteries, and void fire detectors.

The Audit Scotland report states that the health board felt “the issues experienced were materially non-compliant with the original specifications” but a planned legal challenge against the construction consortium was dropped in favour of paying IHSL £11.6m to settle the outstanding issues – a move approved by the Scottish government.

NHS Lothian then took possession of the site from IHSL in February after it was signed off by an independent certifier and the monthly repayments – which would average about £1.4m a month – began in February under the Non-Profit Distributing (NPD) system, the Scottish government’s version of controversial private financing models such as PFI.

Read More:  In the Running World and Beyond, Being #BraveLikeGabe

Last month, a full safety review into the delayed Sick Children’s Hospital was ordered by the Scottish government. It also announced private consultants KPMG had been hired to establish the factors that led to the last-minute delay.

Caroline Gardner, Auditor General for Scotland, said: “We have continued to monitor events since the annual audit report was issued and will be taking a close interest in the NHS safety review’s findings and KPMG’s report on the governance of the project.”

NHS Lothian’s 2019/20 operational plan, drawn up before the latest delay to the new children’s hospital, outlines a financial gap of £25.9m but projections for subsequent years predict a shortfall of more than three times as much.

Audit Scotland points out that the gap is “largely in line” with the three previous years where the board has reached a break-even position, but it points out this was “thanks to an increasing reliance on one-off savings”.

The report concludes that “at this stage, there are no clear plans to close the financial gap on a recurring basis”.

Susan Goldsmith, finance director at NHS Lothian, said the board welcomed the report.

“It [the report] reviewed the settlement agreement between NHSL and IHSL and considered the project governance and value for money,” she said.

“The report highlights that NHS Lothian provided evidence of detailed evaluation of the qualitative and quantitative options available to it before proceeding with the settlement.

“It also shows that the board sought technical advice and expertise throughout the project to ensure the safety of patients, staff and visitors remained the priority throughout.”