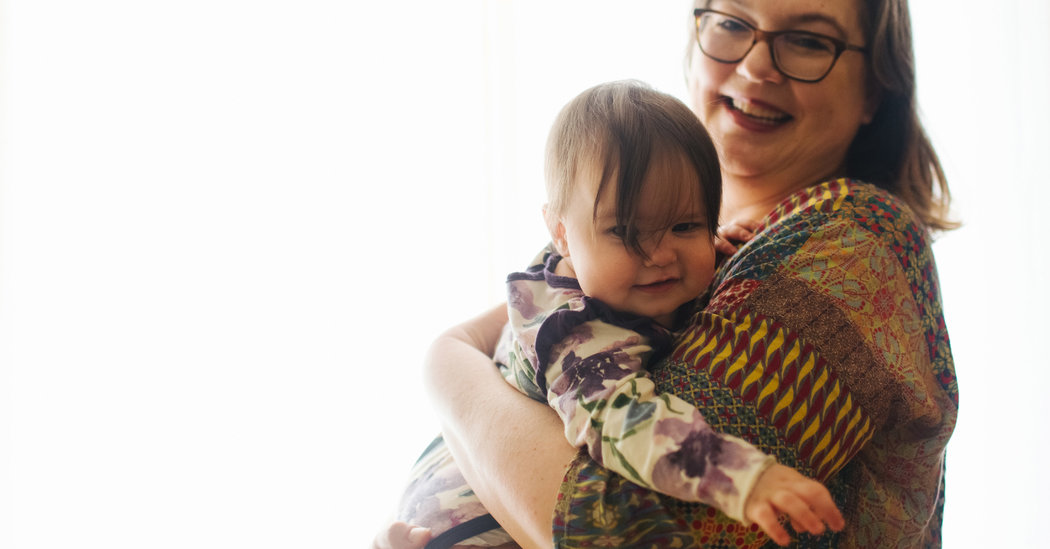 As evangelical Christians, Paul and Susan Lim believe that life begins at conception. So when they decided to have a third child, in vitro fertilization was out of the question, since the process often yields extra embryos.

But “adopting” the frozen embryos of another couple who had gone through I.V.F. was not.

Dr. Lim called it a “rescue operation.” To him, transferring donated embryos to his wife’s uterus was akin to saving a life. “These children are being abandoned in a frozen state,” he said. “If they don’t get adopted, they’re dead.”

As I.V.F. becomes more widespread and the number of spare embryos rises, giving birth with donated embryos is becoming more popular, especially among couples who oppose abortion and are struggling with infertility. But many of the agencies that offer donated embryos, including a vast majority of those supported by federal grants, are affiliated with anti-abortion rights or Christian organizations, leading some people to question whether single people, gay couples and others who might be interested could be missing out.

Even the term “embryo adoption” is caught up in the rhetoric of debate over abortion.

“The issue in the medical community is that by calling it ‘adoption,’ we give too much personhood to the embryo,” said Kimberly Tyson, the marketing and program director at Snowflake Embryo Adoption in Loveland, Colo.

“As Christians, of course we believe they’re persons,” said Ms. Tyson, whose organization attracts mostly evangelical Christian clients. “But for the reproductive medical community, if you bestow humanity to the nascent human embryo, you’re interfering with other services that they like very much.”

According to the Centers for Disease Control and Prevention, there were more than 260,000 attempts at I.V.F. in 2016, the most recent year for which data is available. Of those attempts, about 150,000 resulted in transfers of embryos. There is no reliable data on the number of frozen embryos in the United States, but experts estimate the total between 600,000 and one million.

Read More:  Three Reasons to Switch to Bamboo Bedding in the Summer

The progeny of these procedures are sometimes referred to as “snowflake babies” because the embryos were frozen.

Transferring donated embryos is less expensive than almost any alternative to natural pregnancy. Adoption can cost tens of thousands of dollars. A single round of I.V.F. — which many insurance carriers do not cover — can run between $ 12,000 and $ 17,000. Embryo donation costs an average of $ 8,000.

The Department of Health and Human Services has run a grant program, called the Embryo Awareness Adoption Program, since 2002. (Funding was temporarily halted in 2003, before resuming in 2004.) The program is relatively small, averaging about $ 1 million in funding every year since 2013, an amount that has stayed steady in President Trump’s budget proposals, even as his administration has proposed deep funding cuts for some health programs, such as teenage pregnancy prevention and H.I.V./AIDS research.

To date, all the grant recipients in the H.H.S. grant program except two — Boston I.V.F., which received a one-year grant in 2011, and Resolve, which received funding from 2007 to 2009 — are affiliated with anti-abortion or Christian organizations.

This includes the three 2017 grant recipients: the National Center for Donor Conception (N.C.D.C.), the National Registry for Adoption, and Nightlight Christian Adoptions — an umbrella organization for Snowflake Embryo Adoption. Two of the recipients, N.C.D.C. and Nightlight, were renewed for 2018. They were the only ones given grants through the program this year.

“The embryo adoption program is a competitive grant program and awards are made to the eligible applicants who have the best applications that meet the criteria,” Robert Scholle, the project lead of the frozen embryo adoption public awareness campaign run by H.H.S., said in an email.

Ms. Tyson of Snowflake Embryo Adoption said her clients skewed heavily Christian, and weren’t always as open to single parents, gay couples or atheists. “It’s usually within those realms that I’m going to have a limited ability to match,” Ms. Tyson said.

Similar to the traditional adoption model, those donating embryos are often involved in selecting who receives them. So when Ms. Tyson does get a client who identifies as atheist or L.G.B.T., she usually suggests other embryo transfer programs that aren’t religiously affiliated.

Dr. Craig Sweet runs one such program, Embryo Donation International. In addition to his clinic, he and Ms. Tyson usually work together to match nontraditional families with embryos.

Embryo Donation International has applied for the federal grant many times, but has yet to receive one, Dr. Sweet said.

“Most of the I.V.F. facilities are really not thrilled with faith-based organizations,” Dr. Sweet said. He’d like the government to look a little more closely at the program, and potentially change the selection criteria for the grants.

All of the 2017 grant recipients said in interviews that they did not discriminate against non-Christian and nontraditional family applicants.

But the same cannot be said for some of the past recipients.

National Embryo Donation Center, based in Knoxville, Tenn., is the largest embryo donation clinic in the country. It also requires potential families to be heterosexual couples who have been “married for a minimum of three years.”

Read More:  4 Growing Fitness Trends to Help You Live Fit and Have Fun!

From 2008 to 2013, the center received almost $ 2 million in grants from the federal embryo adoption program. But a patient like Monika Broecker would not qualify for its services.

Ms. Broecker was 44 when she realized she wanted a child. When she tried to conceive naturally, she miscarried. Her doctors told her that, at her age, her egg quality wasn’t likely to be high enough for a successful I.V.F. cycle. Embryo donation seemed like a reasonable next step. But first, she had to find a clinic that would accept her.

Though Ms. Broecker makes a comfortable six figures as a psychotherapist with her own private practice, she was nervous that she’d never match with a donating family.

“I wasn’t the best candidate,” she said. “I’m single, I’m self-employed. I don’t have a big house or anything.”

So she looked for donated embryos overseas at first, and then in California, finally finding a donated embryo through a clinic in Sacramento. She gave birth to a daughter, Emilia, who celebrates her first birthday this month.