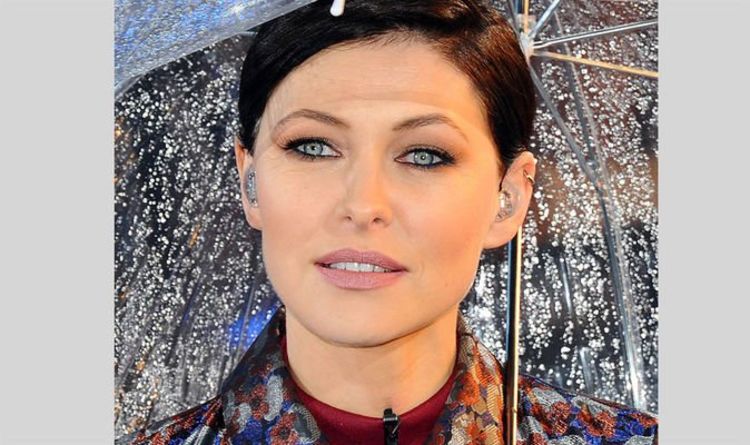 Emma Willis is a well recognised face on British television, appearing on Loose Women, This Morning and Big Brother. Her natural charm, ability to make guests feel comfortable and infectious smile have made her the nation’s sweetheart. Recently she revealed a sudden and unexplained bout of illness which left her stressed, puffy and bloated. Speaking to Women’s Health, Willis explained: “Normally, I’m a very positive, happy person and suddenly I wasn’t, and that really affected me.  “I went to see a nutritionist, who did some tests, and it turned out to be lots of different things that were all over the place.

“Stress, inflammation in my body, as well as being puffy and bloated, and I was just knackered.”

Bloating happens when the GI tract becomes filled with air or gas and can be caused by something as simple as the food you eat. Inflammation is a defence mechanism in the body.

If a person is experiencing inflammation it means there is something harmful in the body and the body’s response is try and remove it. Stress and fatigue is a common problem for many and how and what we eat can either make it worse or better.

“You don’t realise that those things affect your body in the way that they do, until you’re not in a good place. I had to reassess everything,” Willis added.

Expert Nutritional Therapist, Shivani Rajdev said: “The public are becoming more aware of healthy eating which is encouraging however basic healthy grocery items such as fruit and vegetables are becoming increasingly more expensive, leaving individuals no alternative but to make unhealthier choices.

Read More:  Losing Your Hair Can Be Another Consequence of the Pandemic

“These foods not only have higher levels of saturated fats, sugar, and salt, and lower or at times no nutritional value which have a knock-on effect on a persons nutrient status, weight and health risks.

“Unhealthy eating can have dire effects on health resulting in the risk of a variety of health conditions and diseases.”

Twelve ways to feel less bloated and reduce inflammation in the body:

The NHS suggested: “The best way to eat to keep up your energy levels and get rid of bloating and inflammation is to follow a healthy, balanced diet including five portions of fruit and vegetables, choose unsaturated oils and spreads, drink six to eight glasses of water and watch your sugar intake.”

Willis was able to improve her illness by following a healthy diet, doing pilates and adopting some self-care habits.

“I’m more aware as I get older of being healthy, and taking care of my body from the inside, rather than thinking about how it looks form the outside.

“I want it to last as long as possible.”