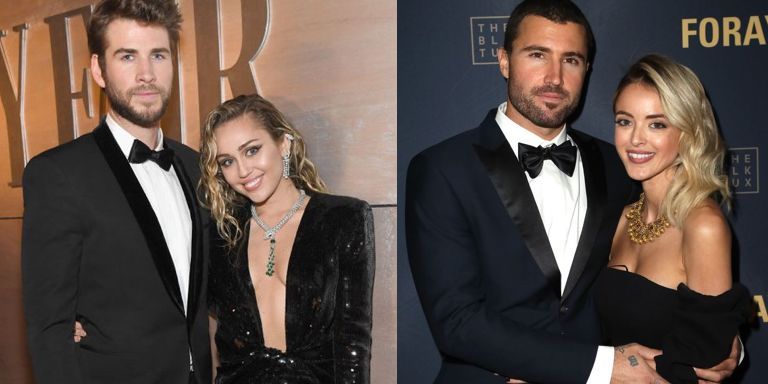 While we’re all busy trying to accept the fact that Miley Cyrus and Liam Hemsworth have split, more information about their breakup—and Miley’s relationship with Kaitlynn Carter—is coming out.

For instance, even though it might seem totally random that Miley is now hooking up with Brody Jenner’s ex-wife, it looks like the two were actually friends long before they were spotted kissing in Italy last weekend.

While speaking with Access Hollywood, Kaitlynn and Brody’s The Hills: New Beginnings co-star Ashley Wahler shared that the couple was close to Miley and Liam, saying, “I have had a lot of conversations with Kaitlynn during the season and her and Miley and Liam and Brody would always hang out together. So I know they’ve been friends for a long time.”

However, it looks like the friendship between Miley, Liam, Kaitlynn, and Brody might be over—besides the whole Miley/Kaitlynn romance, Miley dragged Brody on Instagram earlier this week.

Additionally, when Ashley was asked if she saw Kaitlynn and Brody’s split coming, her answer was a resounding ‘yes.’ She said, “Definitely, I hate to say definitely, because I respect everybody’s relationship, but I will say, there are a lot of things that people did not get to see, that happened on camera, that they didn’t necessarily show. I think everybody in the cast kind of knew that it was not going to work out.” Oof.

And it looks like Miley and Liam aren’t doing much better at the moment—they reportedly haven’t spoken since they announced their breakup. ?