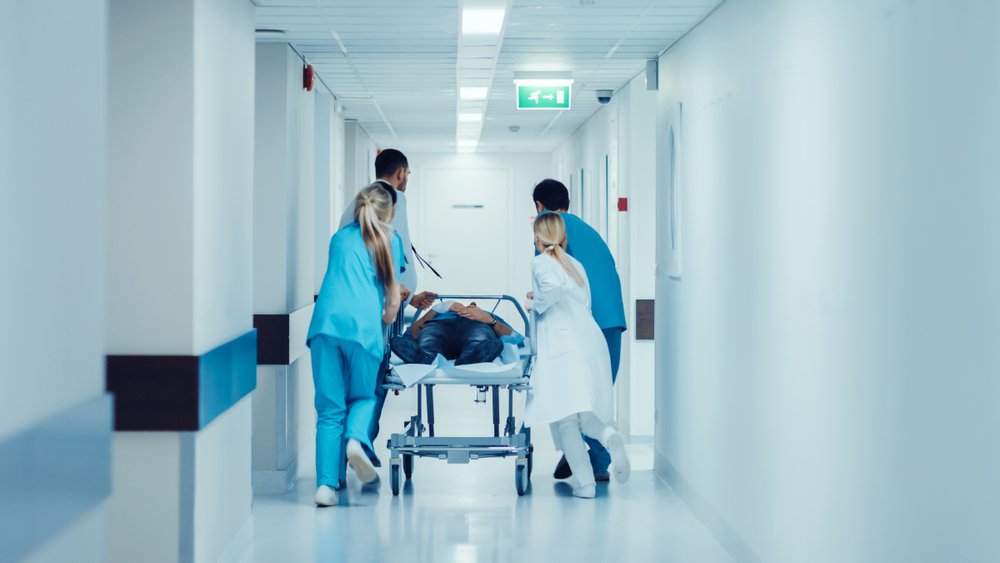 However, in the process of being the under-funded safety net for American health care, it has also become a place of remarkable danger where medical and nursing staff, support personnel and even patients face the threat of violence every single day. The two South Carolina shootings in April, in Laurens and Orangeburg, are bloody testaments to this fact.

And why wouldn’t it be dangerous? Emergency department staff members are tasked with treating the victims of violence, all the while trying to keep them safe from the possibility that their assailants will come to finish the murderous work they started.

Emergency departments constantly deal with the addicted, some of whom are willing to commit acts of violence in pursuit of narcotics. And anyone who has tried to restrain, evaluate, and treat a patient on cocaine, methamphetamine or another stimulant can attest that the struggle is real and terrifying.

Alcohol intoxication is seen every day in our nation’s emergency departments and produces very angry, very difficult individuals. The intoxicated are then the responsibility of over-worked medical professionals (often in under-staffed facilities) who have to keep their impaired patients calm and safe until the clarity of morning or the unpleasant application of handcuffs by police.

All day, and all night, the dedicated staff members of America’s emergency departments face the specter of domestic violence, child abuse, and elder abuse. And not uncommonly have to find subtle ways to protect patients while notifying authorities to investigate their patients’ abusers, who also pose a danger to staff.

Read More:  How to Create a Safe and Effective Strength Training Program for Pregnant Clients

Furthermore, we’re only just beginning to grasp the enormity of human trafficking; and the emergency department is often the last, best hope for those who are bought and sold to try to escape from the clearly dangerous monsters who hold them and abuse them. This is can be a perilous interaction as well.

Mental health is a crisis of enormous proportions in America today; and yet neither the public nor policy-makers typically experience the problem first hand. The suicidally depressed are dangers to themselves; the homicidally psychotic? Dangerous to many others. They are extraordinarily hard to handle since they typically have no mental health care, or are so non-compliant that they weekly, or daily, visit emergency departments where they may have to be held for days or weeks, then briefly admitted to similarly overwhelmed psychiatric facilities. Subsequently, they are released to return, once more, to the already dangerous emergency department.

Society, government, business, and the health care system have come to the conclusion that the answer to so many questions is simply “go to the emergency department.” This is even more true when the person in question may be dangerous, but has not yet committed a crime necessitating arrest. And indeed, even when they have they are often required to be medically “cleared” in the emergency department to ensure that they are “safe” to go to jail.

And yet, outside of major medical centers which may have their own armed security, most emergency departments are pitifully vulnerable. There are places where security may be provided by unarmed contract security, by retirees in no way fit enough to protect the staff, by other (typically male) hospital staff members called to help in times of danger or by local police who (unless paid to work in their free-time) have to patrol and cannot be constantly present.

Read More:  Astronauts may have vision problems because of liquid in their brains

Nationwide, assaults, and murders of emergency department staff have been rising for years. Many hospital staff members can tell tales of being attacked, and then being advised by their employers not to press charges, not to ‘make a big deal.’ But also being advised not to do anything in defense that might harm their assailants.

Nevertheless, even as hospitals expend enormous amounts of money to grow profits, reward investors and satisfy executives, they typically spend a pittance on the safety and security of the precious, valuable and dedicated staff members who daily expose themselves not only to disease but also to violence.

It’s long past time for national, or simply state-wide, initiatives to protect our emergency department staff members as critical assets. They are available to treat illness, injury, and disaster, and they do it with skill and breathtaking compassion.

They least they deserve is a safe place to do their jobs.

Edwin Leap is an emergency physician who blogs at edwinleap.com and is the author of the Practice Test and Life in Emergistan. This article originally appeared in the Greenville News.