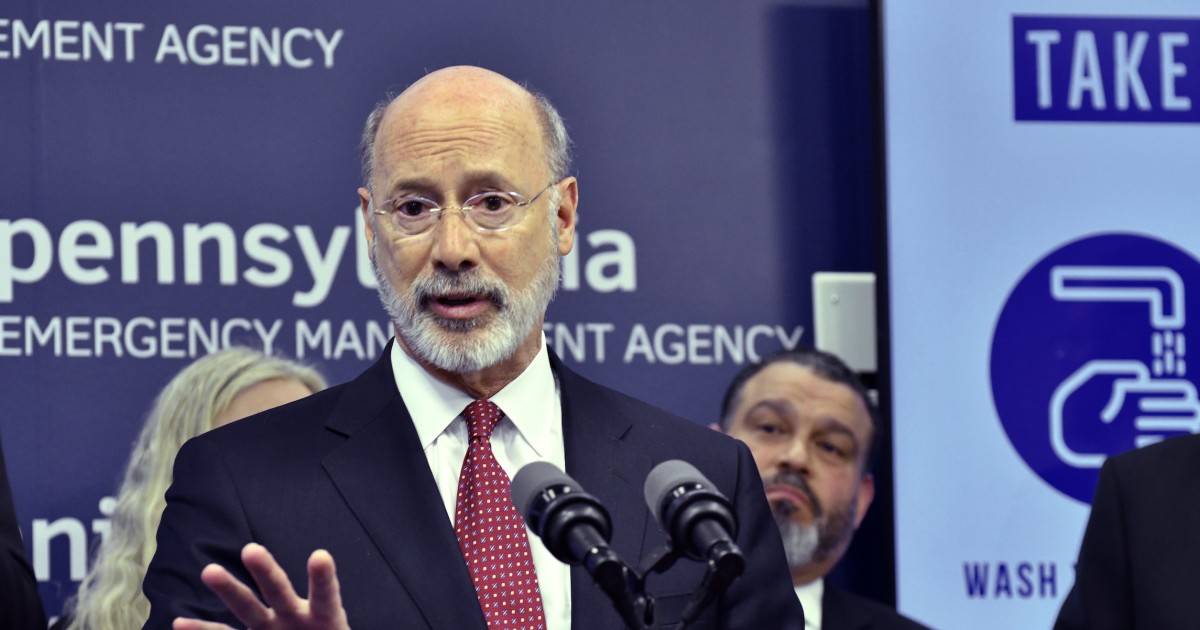 “Even in an emergency, the authority of government is not unfettered,” District Court Judge William Stickman wrote in a decision Monday. “The liberties protected by the Constitution are not fair-weather — freedoms in place when times are good but able to be cast aside in times of trouble.”

Stickman, a Trump appointee in the Western District of Pennsylvania, sided with the individual counties that brought the suit, ruling that parts of Wolf’s coronavirus restrictions violated both the First and Fourteenth Amendments to the Constitution.

Pennsylvania argued the restrictions, which included an indoor social gathering limit of 25 people, were a legitimate exercise of the state’s police powers during a public health emergency. However, Stickman concluded the language of the July 15 order describing the duration of restrictions, which reads “until further notice,” was too broad and that the congregate limits “violate the right of assembly enshrined in the First Amendment.”

Stickman also took aim at the components of the state’s order that closed the operations of businesses, determining they violated both the Fourteenth Amendment’s due process clause, which prevents the government from depriving life, liberty, or property without due process, and the equal protection clause, which requires states to govern with impartial judgment.

Under Wolf’s three-phase reopening plan, only “life-sustaining” businesses were permitted to reopen, such as grocery stores, while schools were ordered closed. Stickman sided with plaintiffs who said that the decision to differentiate between “life-sustaining” and “non-life-sustaining” was an “arbitrary, ad hoc process.”

Small businesses ordered to shut down, the plaintiffs argued, often sell the same products or services as big-box retailers. Stickman said it is “paradoxical” that an order meant to keep people apart allowed the largest retailers with the highest occupancy limits, such as Home Depot and Walmart, to remain open.

“The Court recognizes that Defendants were facing a pressing situation to formulate a plan to address the nascent COVID-19 pandemic… But in making that choice, they were not merely coming up with a draft of some theoretical white paper, but rather, determining who could work and who could not,” Stickman said.

Stickman added that the “solution to a national crisis can never be permitted to supersede the commitment to individual liberty.”

The case was filed by Butler, Greene, Washington, and Fayette counties as well as individual businesses and Republican lawmakers. Mike Kelly, a Republican congressman, was also a plaintiff in the case.

Wolf has lifted the statewide stay-at-home order and allowed some businesses in certain counties with low transmission rates to reopen but has kept other orders in place. Last week, Wolf announced that restaurants will be permitted to reopen on Sept. 21 at 50% capacity as long as staff and guests follow social distancing procedures and mask-wearing.

In reaction to Stickman’s ruling, Thomas King, the attorney for those challenging the restrictions, called the decision a “complete and total victory” for counties, businesses, and others affected by the order.

“You can’t order the entire population of Pennsylvania to stay at home,” King said.

Pennsylvania Speaker of the House Bryan Cutler and House Majority Leader Kerry Benninghoff, both Republicans, also praised the ruling, saying that the opinion “offers some form of hope that a return to normalcy might be on the horizon,” according to the Morning Call.