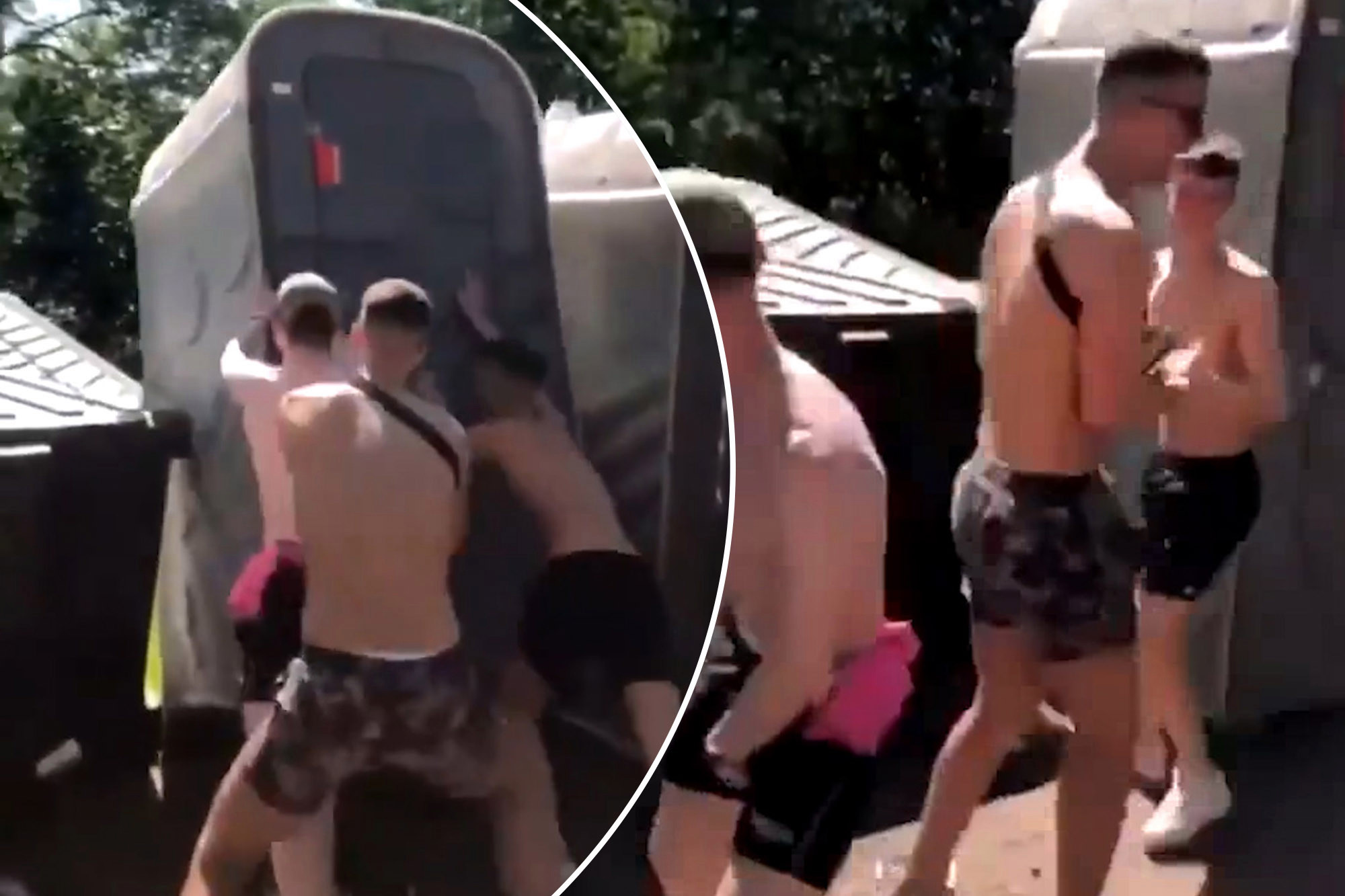 This is the stomach-churning moment festival pranksters pushed over a portable toilet with a “queue jumper” inside.

The group of topless men at the TRNSMT festival in Glasgow knocked the toilet over to punish the reveler who didn’t want to wait in line.

Taylor Lamont shared the video on Twitter, which he said was filmed last weekend.

He followed up the footage saying the poor soul came out covered in feces.

Now, more than 43,000 social media users have viewed the video with the caption: “This is why u dont [sic] skip the cue [sic] for the toilets.”

Dozens retweeted the video and tagged their friends, with some saying “could have been you”.

Others praised the boys, with one tweeter commenting: “Too right”.

Read More:  How to tell the difference between kidney pain and back pain