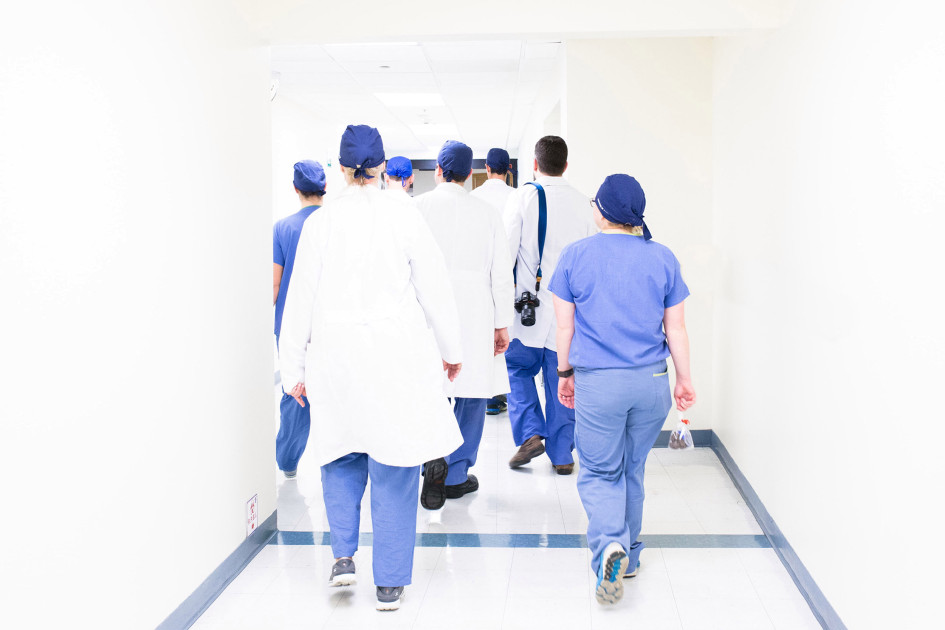 This is part of our Coronavirus Update series in which Harvard specialists in epidemiology, infectious disease, economics, politics, and other disciplines offer insights into what the latest developments in the COVID-19 outbreak may bring.

As the coronoavirus pandemic spreads and hunkered-down Americans wonder when and how they’ll get back on the job, a Harvard epidemiologist said a second type of test being developed could clear for work the small but rising numbers of those previously infected, and thus immune to the virus.

Marc Lipsitch, director of the Center for Communicable Disease Dynamics at the Harvard T.H. Chan School of Public Health, said development and use of serological testing — which is already done routinely to check exposure to other pathogens — could help identify those who may be immune.

Lipsitch, speaking in a media conference call on Friday, said there’s no reason the second wave of testing should have to wait for completion of the first round  involving people suspected of having COVID-19. Serological testing, which may be even possible to do at home, could identify those who had been infected but had mild or no symptoms. Similar tests reportedly have been performed in China and other countries, and U.S. researchers such as Florian Krammer at Mount Sinai’s Icahn School of Medicine have developed a serological test for coronavirus, though it still needs to be scaled up for mass use.

“There’s no reason why we have to wait for one [test] to do the other,” Lipsitch said. “The value would be potentially tremendous if we had a workforce that was growing as the epidemic progressed that could safely go back into various jobs — including health care workers.”

Lipsitch said he and other scientists spoke with government officials on Wednesday about potential scenarios for easing the social-distancing requirements that have shuttered businesses and forced life in America and elsewhere to turn inward in recent days. The problem, he said, is that, absent a vaccine, it’s difficult to envision a scenario in which returning to work wouldn’t spark a resurgence of illness.

In China, where the government has locked down sections of the country, new cases have fallen to nearly zero. Under that scenario, Lipsitch said, it’s possible that a return to normal life, coupled with a robust testing scheme, would allow health authorities to zero in and handle cases individually, giving immediate treatment to infected patients and tracing their contacts to prevent future spread.

But in a democracy such as the U.S., maintaining that level of control for any length of time is unlikely. Lipsitch said another option may be a stop-start process that eases social distancing and permits returns to work, school, and other activities, but tightens restrictions again if the illness reemerges, as is likely. That process, enacted over months, would gradually expose people to the virus until either a vaccine is developed or enough of the population becomes immune that spread is curtailed naturally. That scenario would have the advantage of keeping cases of COVID-19 at a level low enough to be handled by the health care system.

Lipsitch said the other options include lifting restrictions and letting the likely rapid rise in serious cases overwhelm the health care system, or allocating additional resources to support intensive-care providers so social distancing restrictions could be eased with more confidence that the stricken would survive.

“All of these are really bad options,” he said, adding that without dramatic increases in testing and production of equipment for health care workers, “even the bad solutions will be impossible.”

Lipsitch made his comments as U.S. COVID-19 cases topped 15,000, Massachusetts recorded its first death from the ailment, and a day after California Gov. Gavin Newsom ordered the state’s 40 million residents to stay home, amid estimates that 56 percent of California’s population could become infected in the next two months.

Lipsitch also warned that a spate of flulike illness involving fevers in Florida, where testing has been sparse, may be coronavirus, and he cautioned that regions of the country watching the outbreak blossom in New York, Washington, and California should not feel spared. Instead, he said, they should use the breathing space to get ready.

“It’s completely expected that it might happen [there], just at a later date,” he said.

Sign up for daily emails to get the latest Harvard news.