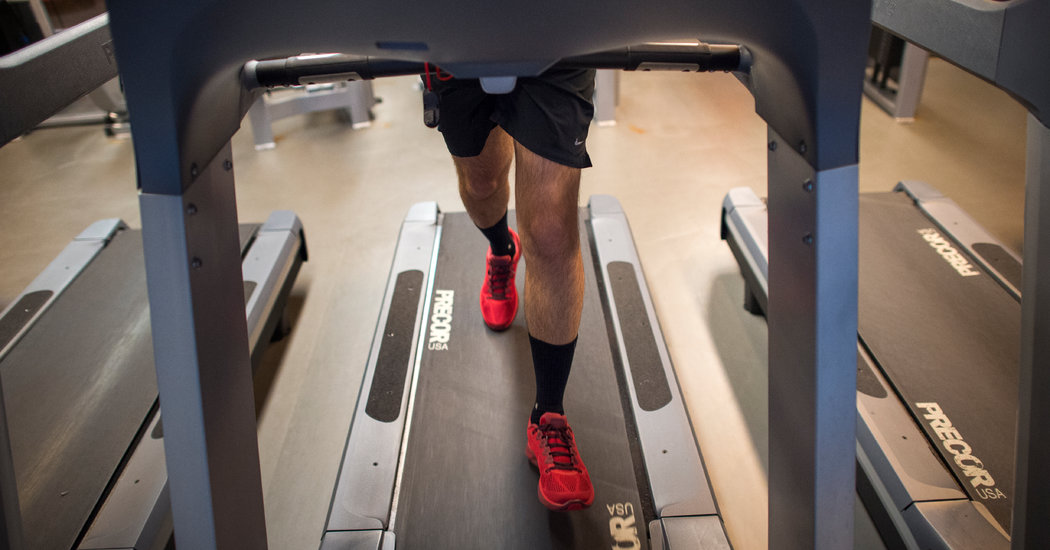 While I like running in the cold, even I have limits. I’m less likely to get in a workout if it’s icy out, not just because of the risk of falling (I have Yaktrax ice cleats) but because of drivers who are way too confident in their ability to handle the perils of driving in a blizzard.

So what do you do? A lot of other things:

Yes, yes, I know, I hate it too, but if you’re training for something important (hello all you Boston Marathon runners) and need to get in your miles, this is going to be your best option in bad weather. Over at Trail Runner, David Roche (who is — full disclosure — my coach) wrote a detailed guide to getting the most out of the treadmill. It’s worth a read.

You don’t need to become a bodybuilder or even lift the heaviest of weights to get benefits out of pumping some iron — or doing planks or using tension bands. We’ve got a whole guide on how to create a program that works for you, whether you’re going to weight train at the gym or at home.

While yoga isn’t my jam, it is for a lot of people, and what do you know: We’ve got a new guide for that, too.

I was in tiptop shape, about to run my 10th marathon, when a snowstorm smacked into New Jersey, where I live. It was my first snow event in my new house, which has a much longer sidewalk than my old one, and let me tell you: Yes of course shoveling snow can be a workout, and sometimes, when you move your body in unexpected ways lifting heavy piles of the fluffy stuff, that’s going to be enough of a workout for the day. Just be careful of overdoing it, and, for men, there is a higher risk of heart attack associated with shoveling snow.

Read More:  Say NO to Violence Against Women

A few years ago, a local TV station showed snow plows trying to clear out a train station during a blizzard, and a runner dressed all in black zipped by. I get being dedicated to your training schedule, but let’s not be stupid. Sometimes it’s not worth it. You may have all the right gear to run in the worst weather, but if a car skids on ice the loser in that equation is always going to be you.

What do you do on rotten weather days? Let me know. I’m on Twitter at @byjenamiller.

Two quick follow ups to last week’s newsletter. First, in the photo of our running streaker Scott Partenheimer, I identified his dad as Walt. He’s Wayne. Sorry about that.

Second, I shared a piece about the ultrarunner Courtney Dauwalter, who outright wins races — which means she outruns both men and women. The Times just ran a piece about how that story was photographed, which I found fascinating. And also, two women outright won their races last weekend: Sabrina Little in the Dallas 50K and Camille Herron in the Desert Solstice Invitational, where she set new world records for both 24-hour and 100-miles run on a track.

How’d she do it? With a bit of help from Taco Bell, and beer.

More health and fitness news from The Times

How to Get Strong

How to Relax With Yoga

Is Aerobic Exercise the Key to Successful Aging?

Runners Extend U.N.’s Reach, One Sweaty Huff After Another

Women With Heart Emergencies Less Likely to Get Proper Care

What We Know About Diet and Weight Loss