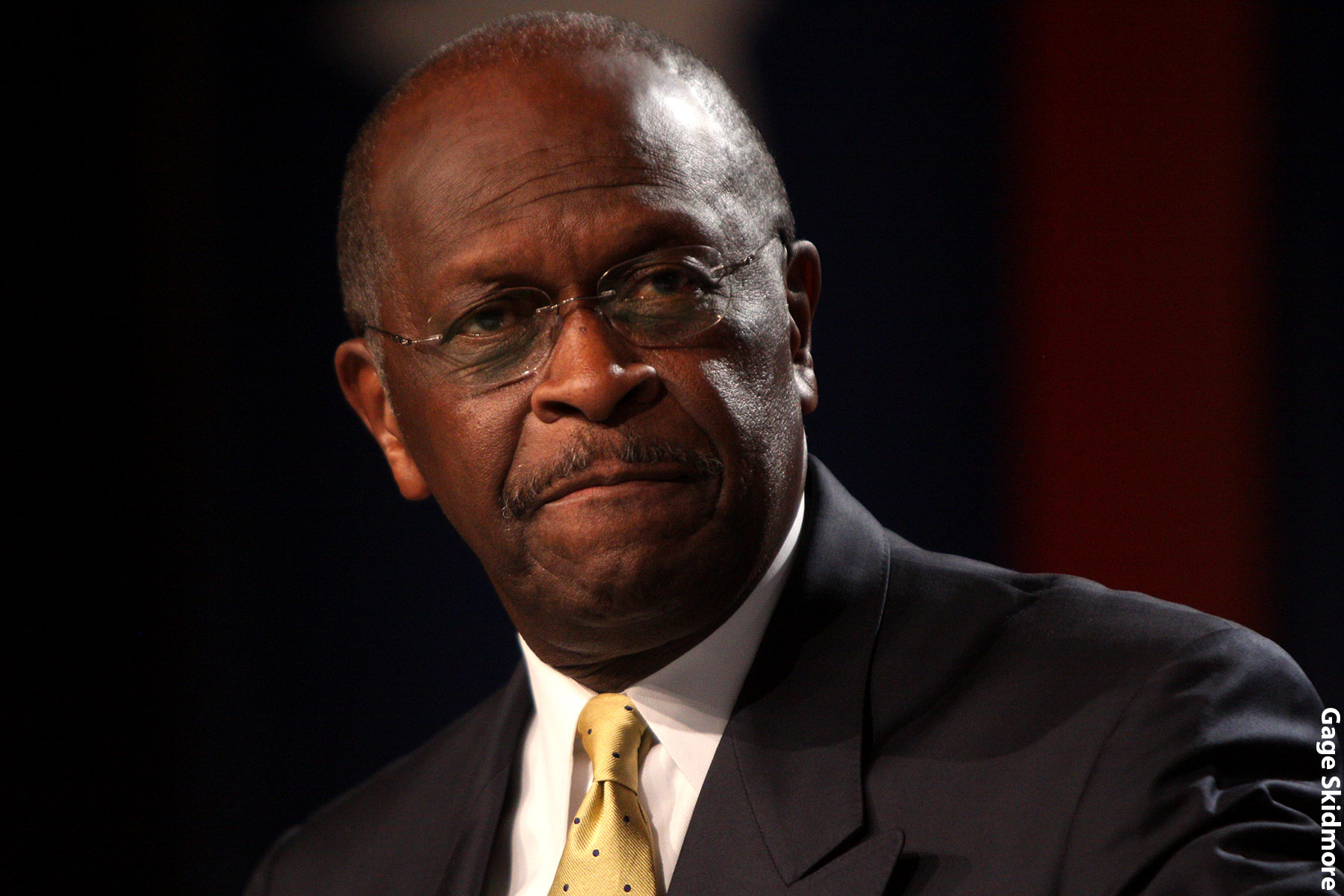 Cain died 4 weeks after being hospitalized with COVID-19.

“We knew when he was first hospitalized with COVID-19 that this was going to be a rough fight,” wrote Dan Calabrese, the editor for website HermanCain.com. “He had trouble breathing and was taken to the hospital by ambulance. We all prayed that the initial meds they gave him would get his breathing back to normal, but it became clear pretty quickly that he was in for a battle.”

Cain, Cabrese wrote, “was basically pretty healthy in recent years, [but] he was still in a high-risk group” because of his history with cancer, as well as his age. “We all prayed so hard every day. We knew the time would come when the Lord would call him home, but we really liked having him here with us, and we held out hope he’d have a full recovery.”

On June 20, Cain had attended an indoor rally in Tulsa, OK, for President Donald Trump. Six Trump campaign staff members and two members of the Secret Service tested positive for the virus after screenings the day of the rally.

In a July 2 post Calabrese wrote, “I realize people will speculate about the Tulsa rally, but Herman did a lot of traveling the past week. I don’t think there’s any way to trace this to the one specific contact that caused him to be infected.”

He joined the Pillsbury Co. in 1977 and was credited with improving the fortunes of its subsidiary, Burger King, in Pennsylvania. This led to Cain’s appointment as president and CEO of Godfather’s Pizza, where he worked from 1986 to 1996. He also served on the board of the Federal Reserve Bank in Kansas City from 1992-1996, including a stint as chairman.

Cain made his first major appearance on the national political stage in 1994 when he challenged President Bill Clinton over costs of the Democrat’s proposed health care plan at a town hall meeting in Kansas City. Cain served as a senior advisor to then-Sen. Bob Dole’s presidential campaign in 1996.

Cain briefly ran for president in 2000 and failed to win the Republican nomination for Georgia Senate in 2004.

In 2006, Cain received a diagnosis of stage IV colon cancer. In his book This is Herman Cain! My Journey to the White House, he described how the malignancy had spread from his colon and how doctors found a tumor on his liver.

In 2011, he announced another run for president as a Republican and won several straw polls against such rivals as former Massachusetts Gov. Mitt Romney and Texas Gov. Rick Perry.

He got attention for his so-called “9-9-9” tax plan, which called for a 9% flat federal individual income tax rate, a 9% corporate tax rate, and a national sales tax of 9%. The plan and Cain’s charisma propelled him to the lead in the race for the nomination.

In December 2011, he suspended his campaign following accusations of sexual harassment, which he persistently denied.

In 2019, he was reportedly under consideration to fill a vacant seat on the Federal Reserve Board, but he withdrew his name from contention.

Known as a lively orator and nicknamed “The Hermanator,” Cain found popularity as a conservative media commentator through syndicated op-ed columns, a talk radio show, appearances on Fox News. and his own website.

He is survived by his wife of more than 50 years, Gloria Cain, and their two children.