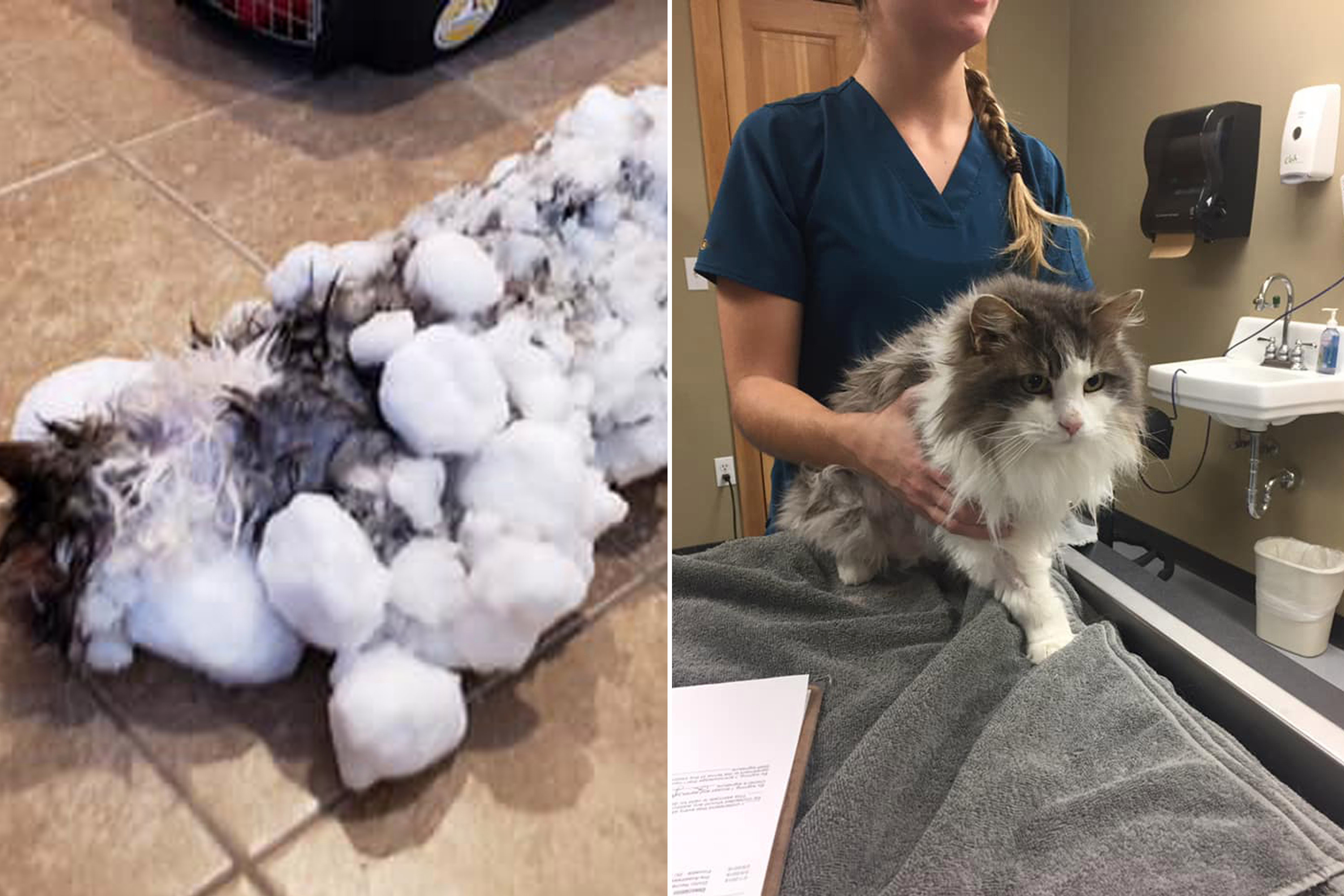 This feline may have just wasted one of her nine lives.

A Montana cat named Fluffy was found frozen and buried in snow by her owners this week — and brought back to life by a team of veterinarians.

“Amazing success and survival story from this week,” wrote Montana’s Animal Clinic of Kalispell on Facebook.

“Some clients found their injured cat buried in snow. They brought her to us essentially frozen and unresponsive.

“Her temperature was very low but after many hours she recovered and is now completely normal. Fluffy is amazing!”

Shocking photos show the tabby frozen in place and covered in snowballs.

Staff at the clinic used towels, cage warmers and intravenous to warm up the 3-year-old cat — whose body temperature didn’t even register on a thermometer.

“These crabby cats are survivors,” said Dr. Jevon Clark, who owns the clinic.

The furball has always lived outdoors — so the doctor suspects something happened to her to curl up in the position she was frozen in.

“I suspect that something traumatic happened,” Clark said.

“Either something fell on her or she fell or something chased her and she got injured. … She couldn’t get back to her normal little hiding spots that she goes to.”

She’s now back home, recovering with her family.