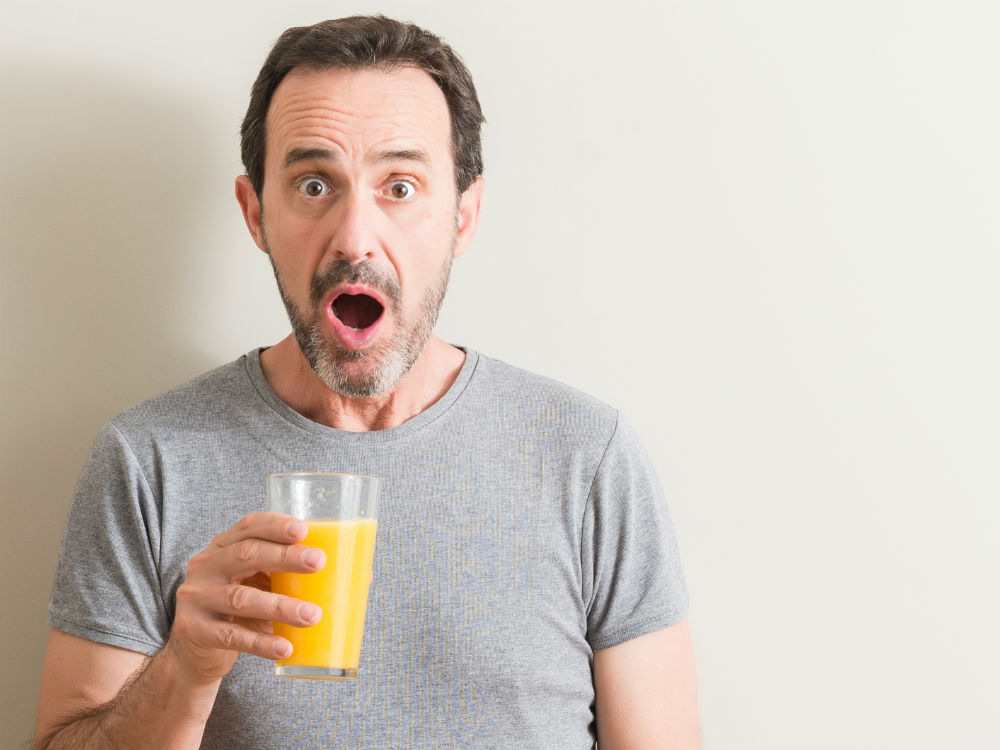 Drinking soda doesn’t just threaten to make us fat, it could be linked to a higher risk of cancer, judging from a new study. But here’s the more surprising part: so could fruit juices.

Increased daily consumption of about 3.4 ounces of soda — roughly a third of a can of — was associated with an 18 per cent greater risk of some cancers in a study published in the British Medical Journal. The likelihood of breast tumours alone rose even more, by 22 per cent. When people drank the same amount of unsweetened fruit juice, they were also more likely to develop cancer, the researchers found.

The research, part of a broader effort carried out in France to investigate links between nutrition and health, is one of the first to find a connection between sweet drinks and cancer. The findings may also taint the image of fruit juices, which are often perceived — and promoted — as healthy.

“All beverages — either with sugar or without — are safe to consume as part of a balanced diet,” the American Beverage Institute said in a statement. Beverage companies are working to provide more choices with reduced or no sugar, smaller package sizes and clear calorie information, the industry group said.

The researchers tracked 97 beverages and 12 artificially sweetened ones, including carbonated ones, sports drinks, syrups and pure fruit juices. The correlations they found don’t necessarily mean the beverages alone lead to cancer. The study didn’t seek to understand the reason for the link, though the researchers speculated that sugar’s effect on visceral fat, blood-sugar levels and inflammation may play a role. Additives found in sodas and pesticides in fruit could also have an impact, they wrote.

The study found no increased cancer risk from sugar-free drinks, although so few of the people studied consumed them that the results may not be significant, the researchers said. Water, unsweetened tea and coffee also showed no heightened risk.

The research is part of France’s NutriNet-Sante, a web-based study following about 100,000 volunteers since 2009.

Browse a magazine or website dedicated to health and you’ll often hear that familiar commandment: take your supplements! And with good reason: minerals and vitamins play an important role in …
Canada has one of the highest prevalence rates of multiple sclerosis (MS) in the world. Each person experiences disease onset and progression in a different way.
It is one of the great successes of modern medicine that certain diseases, such as multiple sclerosis (MS), that once had no viable treatments now have a variety of therapies …
Multiple sclerosis (MS) is an unpredictable disease that can have a profound impact on a person’s ability to earn a living.
‘It’s like going to the dentist for a root canal, but while the dentist is doing it, you’re running down the street’
One of the fired employees said she began claiming for physiotherapy she did not receive because she was paying more each month into a benefits plan than she was actually …
Daniel David (DD) Palmer invented the field of chiropractic care. He said the idea for chiropractic care came to him from the ‘other world’ during a séance
Some Alzheimer’s researchers are proposing the creation of human-monkey chimeras — part-human beings with entire portions of the brain entirely human derived

Read More:  Why does hair fall out normally