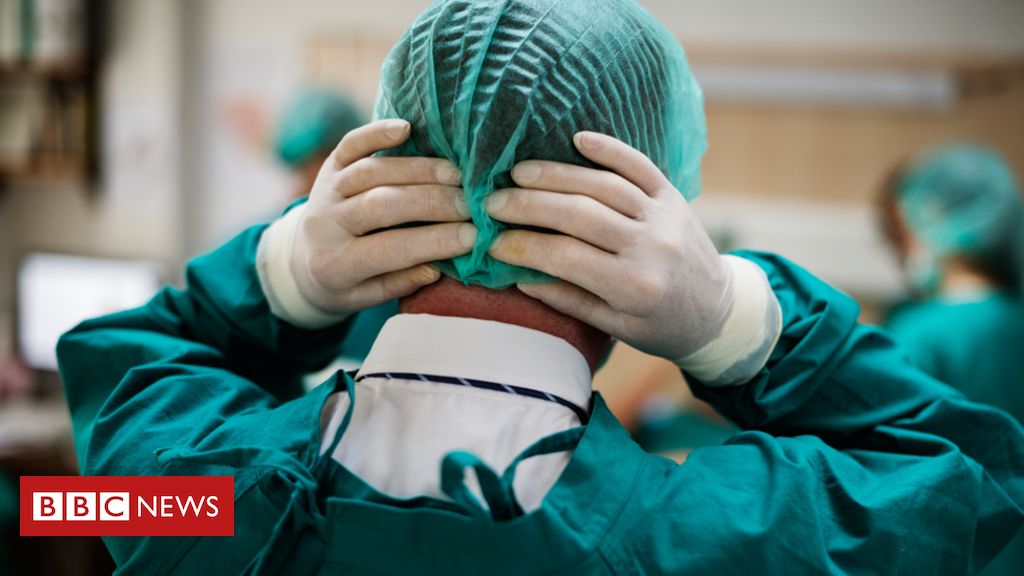 Labour is promising to spend more on the NHS in England than the Tories if it wins the general election.

The NHS budget would rise to £155bn by 2023-24 – £6bn more than the government promised the front-line budget would reach by that stage when it set out its five-year plan last year.

But the Tories said Labour’s plan for a shorter working week would eat into the funding due to the need for more staff.

But Labour said a 32-hour working-week would be phased in over 10 years so would not have the impact on NHS budgets claimed by the Tories, and it would also be offset by gains in productivity.

Announcing his party’s flagship election policy at the Royal Society of Medicine, shadow health secretary Jonathan Ashworth will say a “decade of Tory underfunding had driven our NHS into year-round crisis”.

“Only Labour has a plan to rescue the NHS,” he will add.

Shadow Chancellor John McDonnell will say Labour’s policy of taxing the “richest in society” and reversing cuts to corporation tax will release money to spend on healthcare.

“They are ignoring the fact that Brexit is the biggest threat to the NHS – if Labour allow Brexit to happen, they cannot rescue our NHS.”

Niall Dickson, chief executive of the NHS Confederation, which represents managers, said the pledge represented a “significant extra investment” on top of what has been set by the government.

“If used wisely, it would help to transform services and retain front-line staff.”

During the summer of 2018, the Theresa May government announced a five-year funding settlement for the front line of the NHS in England.

It also meant more money for other parts of the UK, although it is up to Scotland, Wales and Northern Ireland to decide where that is spent.

But this front-line budget – £121bn this year – does not cover the entirety of health spending.

Another £18bn is being spent on other areas, including training staff, building projects and public health schemes like stop-smoking services.

Labour has promised to increase these too. The most significant rise will be in the capital budget – for buildings, equipment and infrastructure. This year £7bn is being spent in this area after Boris Johnson increased the budget by £1bn shortly after he became prime minister.

Labour says by 2023-24 the budget will top £10bn a year – a sum health academics have argued is needed to deal with the backlog in repairs and bring spending in line with other wealthy nations.

The Tories have yet to set the budgets for these areas all the way through to 2023-24, although they have said investing in buildings and infrastructure is a priority.

What would Labour’s extra money pay for?

In terms of the front-line budget, Labour says the extra £26bn in real terms by 2023-4 they will be investing will help reduce waiting times in A&E and for routine operations such as knee and hip replacements – both targets for how long patients should wait have been missed for the last few years.

The wider increases in the overall health budget will help fund the return of the bursary for nurses and midwives to fund their time spent studying at university – the government scrapped these in 2017 – while they will also benefit from the Labour policy of scrapping tuition fees.

Labour believes this will help address the shortage of nurses in the NHS.

Free prescriptions and hospital car parking will also be introduced.

How do Labour’s funding plans differ from the Conservatives?

What is quite remarkable is just how similar the Tories and Labour are in terms of many of the areas they are focusing on.

Setting aside free prescriptions and car parking, which are not Tory policies, both parties are prioritising to train extra staff and invest in new buildings and equipment

Last week the Tories too pledged extra training places for GPs, saying they wanted to recruit an extra 6,000 GPs.

The prime minister has also promised there will be 40 major hospital building projects in the next decade – although only six have been given a guarantee of funding so far.

The Liberal Democrats are yet to give much detail about their policies – although they have promised a penny on income tax will be introduced, which will raise extra money for mental health, public health and social care.