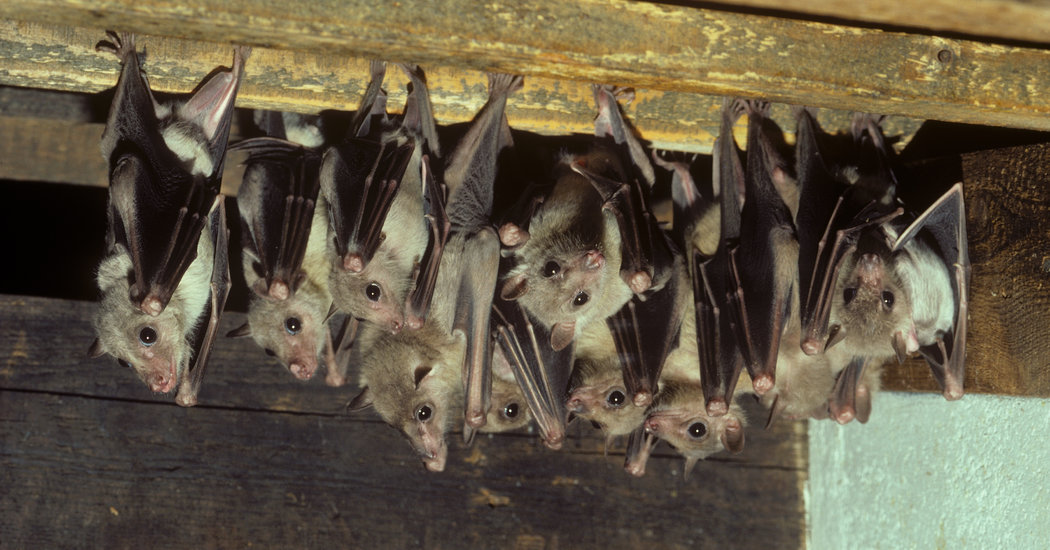 The Marburg virus, a deadly cousin of Ebola, has been isolated in fruit bats in Sierra Leone, marking the first time it has been found in West Africa.

Egyptian rousette fruit bats are known to harbor the virus elsewhere in Africa, “so it’s not surprising that we’d find the virus in bats there” in West Africa, said Jonathan S. Towner, an ecological diseases specialist who led the C.D.C. team.

The testing was done as part of a relatively new American-led effort to spot dangerous pathogens lurking in animals and take steps to prevent them from crossing over into humans and triggering lethal outbreaks.

Known as Predict, it is paid for by the United States Agency for International Development.

Discoveries like the one in Sierra Leone are “exactly what Predict’s ‘one health’ approach to disease surveillance and capacity building are designed to do,” said Dr. Brian Bird, leader of the U.C. Davis team.

A “one health” approach means uniting the work of medical doctors and veterinarians — and occasionally plant biologists — to search for threats to humans that lurk in other species.

Predict projects also train local scientists to carry on the work after its teams move on.

Egyptian fruit bats — also called “flying foxes,” because of their dog-like faces — are found as far south as South Africa and as far east as Pakistan and northern India. They are not migratory, but it is not known how far individuals or groups normally range.

Genetic testing found multiple strains of the virus in each bat, suggesting it had circulated in West African colonies for many years.

There have been no known human Marburg outbreaks in West Africa, but the potential for one exists.

From 2013 to 2016, West Africa endured the biggest Ebola outbreak in history, which killed more than 11,000 people. The first patient was thought to have been a child who often played in a bat-infested tree.

The virus was named for the German city where it was first detected in 1967, nine years before the discovery of Ebola. A mysterious disease that included hemorrhagic fevers struck workers at a vaccine factory who had handled a shipment of green monkeys from Uganda. The virus also infected people in Frankfurt and Belgrade; 31 people fell ill, and seven died.

The bats are about six inches long with wings two feet wide; they roost in caves or in the deep forest, and come out at night to eat fruit — a habit that leads fruit farmers to poison large numbers of them.

The bats shed the virus in their feces, urine and saliva. Scientists believe animals, including monkeys, may pick up Marburg virus by eating fruit that bats have gnawed.

Humans may get it from being bitten when they capture bats to eat, from cuts during food preparation or from infectious bat guano. Most human outbreaks have begun in people who visited bat-infested caves or mines.

The largest known outbreak of Marburg virus, which began in Angola in 2004, sickened over 250 people and had a 90 percent fatality rate. Two of the strains found in Sierra Leone bats were similar to the Angolan ones.