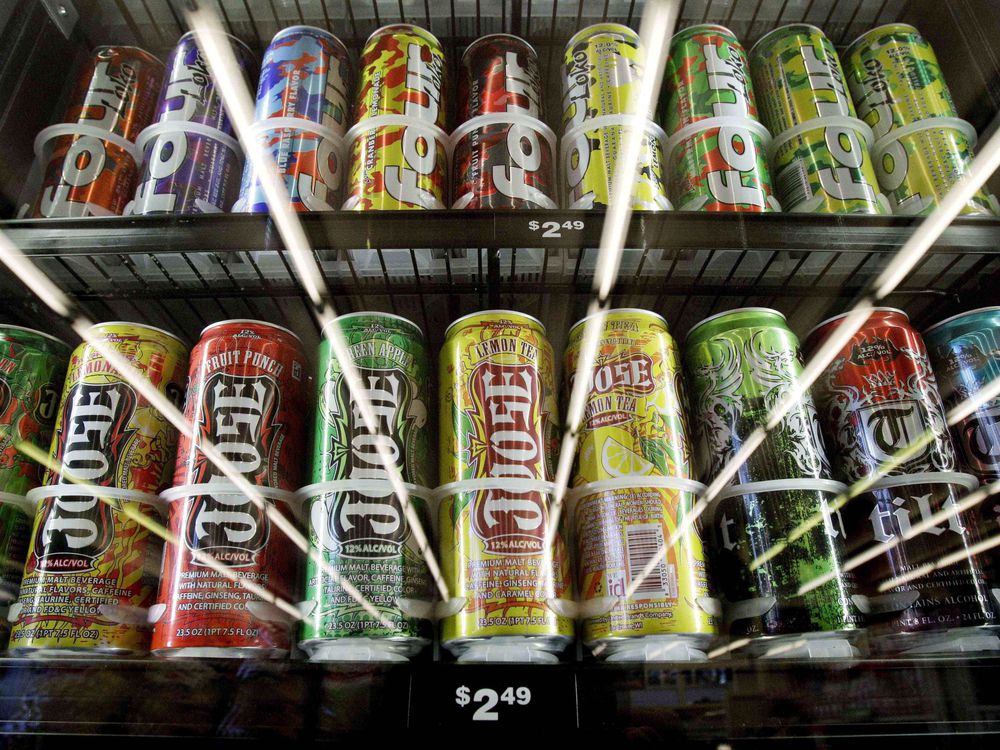 MONTREAL — Health Canada is moving to restrict sugary high-alcohol drinks like the one reportedly consumed by a Quebec teen who died last winter.

The federal agency said the single-serve products are creating a public health risk, especially for youth. It is proposing the beverages no longer contain the equivalent of four servings of alcohol per can, as was previously the case. The new limit will be 1.5 servings per can.

“These products appear to be a single serving of alcohol, yet contain up to four standard alcohol drinks,” Supriya Sharma, Health Canada’s chief medical adviser, told reporters Tuesday. Drinking one such can “would put most adults at 180 pounds or less over the legal blood alcohol limit for driving and present even greater risks to youth,” she said

The move comes following the death of Athena Gervais last March. The 14-year-old Quebec girl was discovered in a stream behind her school in Laval, Que., north of Montreal, days after being reported missing.

She had allegedly consumed one or more cans of a drink called FCKD UP with an 11.9 per cent alcohol content, which at the time was sold in convenience stores in 568-ml cans for less than $ 4. The company that manufactured the drink later ceased its production.

Under proposed rules creating a new class of “flavoured purified alcohol beverage,” that 568-ml drink would be capped at 4.5 per cent alcohol. A 355-ml can could contain up to 7.2 per cent alcohol while a 473-ml container could have up to 5.4 per cent.

Health Canada said an exemption would be made for beverages packaged in glass containers with a 750-ml volume or higher, since those drinks are typically intended for multiple servings.

Sharma said the packaging and marketing of the products are designed to appeal to younger consumers, with clear health impacts. “Research also suggests that these products are playing a role in hospitalizations related to alcohol among youth,” she said.

Hubert Sacy of Educ’Alcool, a Quebec non-profit that promotes responsible drinking, said the new regulations are an improvement over the existing vacuum, but he is disappointed the government did not take a stronger stance.

“After 9-1/2 months of consultations, we could have expected a better draft bylaw,” Sacy said Wednesday. He said a simpler solution would have been to limit the content of alcohol in every can to one standard drink. Authorities also should have addressed the problem that the sweet drinks mask the taste of alcohol, he said.

The proposed amendments to the Food and Drug Regulations will be published in the Canada Gazette on Saturday and will be subject to 45 days of consultations, until Feb. 5. The rules could be in effect by the spring of 2019.

Comments
Share your thoughts
Browse a magazine or website dedicated to health and you’ll often hear that familiar commandment: take your supplements! And with good reason: minerals and vitamins play an important role in …
Canada has one of the highest prevalence rates of multiple sclerosis (MS) in the world. Each person experiences disease onset and progression in a different way.
It is one of the great successes of modern medicine that certain diseases, such as multiple sclerosis (MS), that once had no viable treatments now have a variety of therapies …
Multiple sclerosis (MS) is an unpredictable disease that can have a profound impact on a person’s ability to earn a living.
EXCLUSIVE: Surgeons removed a two-year-old’s massive skull and put it back together like a puzzle, giving her a smaller head — and hope at a normal life. (Warning: graphic images)
Everyone knows a bad reno story. This is not that story. It’s a story about newlyweds. Construction began next door — and then, they say, the nightmare began
Tristin Hopper: In the hands of a food bank purchaser, your $ 1 is going to help many more people than a can of discarded string beans
Icelanders believe in fairies, Spaniards set charging bulls loose in their streets and North Americans tip

Read More:  How to Fall Asleep