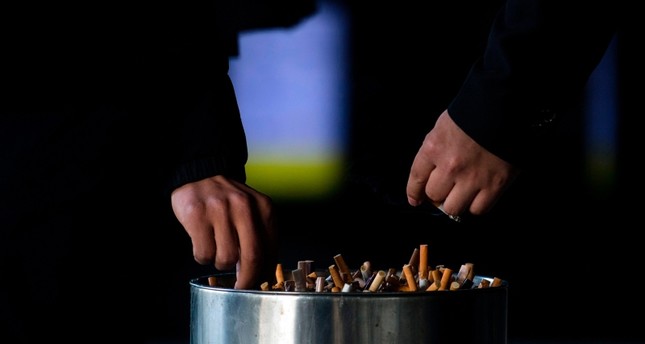 The packages of tobacco products will no longer bear the logos, symbols or signs belonging to the brands and the surface area of warning signs on the packaging will be increased, according to a new regulation published in the country’s Official Gazette Friday.

The new regulation introduced by Turkey’s Agriculture and Forestry Ministry aims to make products that are a clear threat to human health less attractive and will begin to be implemented as of July 5. All old products will be taken down from shelves by Jan. 5, 2020.

Accordingly, the combined health warnings on cigarettes and tobacco products will be covering at least 50 percent of the surface of the packages, while the warning text will cover some 30 percent and the information about quitting will cover at least 10 percent.

When the regulation comes into full effect, the total percentage of the warning text and cautionary labelling will cover about 85 percent of the packaging, up from the current 65 percent.

The new rules will be applied to products produced in Turkey and those imported from abroad. Warnings will also have to be written in the Helvetica font in one size, and the boxes will be plain, unattractive and uniform, and no coating or foil stamping will be allowed.

Vitamins, additives and other products of the same nature that give the impression that tobacco products are healthy or less harmful, as well as tobacco products that contain ingredients such as caffeine, taurine or coloring materials, carcinogenic, mutagenic and reprotoxic (CMR) substances, or supplements that claim to give energy and vitality will no longer be supplied to markets.

Cigarettes containing menthol derivatives will also be no longer available after July 5, 2019.

The regulation, which was announced last year, is the latest effort by Turkey to curb smoking under the leadership of President Recep Tayyip Erdoğan, a staunch teetotaler who introduced a comprehensive indoor smoking ban in 2009 for venues like restaurants, bars, and so forth. In a multistage action plan, Turkey later extended the ban on smoking in various other areas such as stadiums, mosque courtyards and hospitals. Apart from the ban, the country has imposed higher taxes on cigarettes and provided free medicine and treatment for smokers. No official figures are available but experts say smoking kills more than 100,000 people every year in Turkey due to diseases linked to smoking. The smoking rate was 31.6 percent in 2016, the latest available data, a decline from 32.5 percent in 2014.