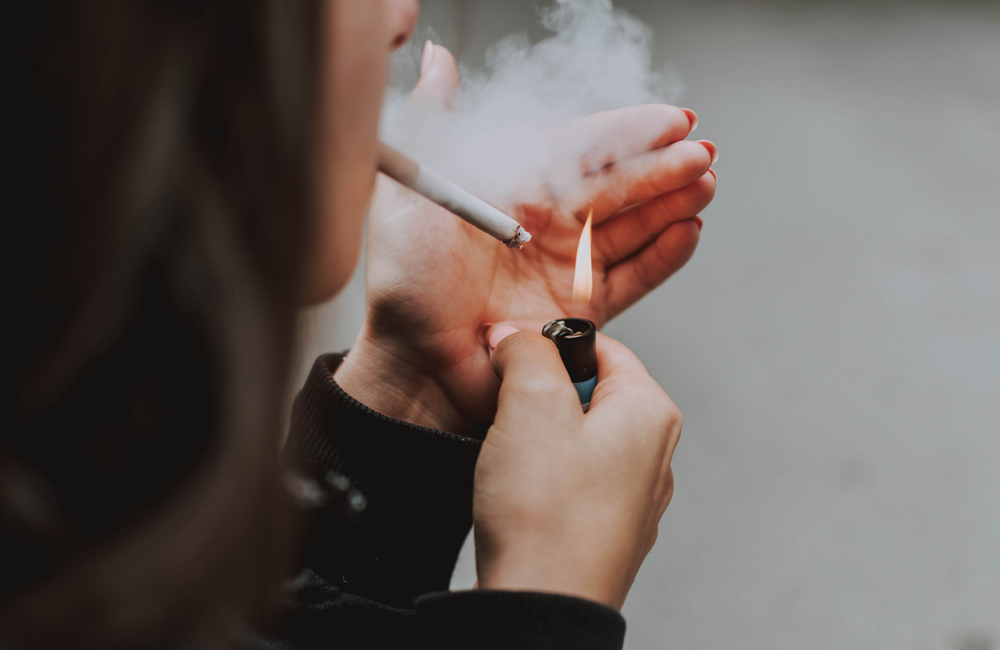 New research provides compelling evidence that infection with HIV is an independent risk factor for developing smoking-related cancers. Published in AIDS, the study’s findings are especially important because they compared cancer-risk between closely-matched individuals with and without HIV who were enrolled in long-standing cohort studies. Women with HIV appeared to have an especially high risk of developing a smoking-related cancer.

“There is a substantial burden of smoking-related cancers among people living with HIV and unless the high prevalence of smoking is reduced, this will likely increase over time due to the longevity among people living with HIV on ART,” comment the authors. “In addition to smoking related cancers, preventing the initiation of smoking and smoking cessation lessens the burden for all smoking-related diseases. For people living with HIV this is especially important given the elevated risk for several other diseases that can be exacerbated by smoking, including cardiovascular disease, pulmonary infections, chronic obstructive pulmonary disease and pneumonia.”

The research was undertaken by a team of investigators led by Professor Nancy Hessol of the University of California, San Francisco.

In a study “100 person years of follow-up” could mean that information was collected on 100 people for one year, or on 50 people for two years each, or on ten people over ten years. In practice, each person’s duration of follow-up is likely to be different.

The last part of the large intestine just above the anus.

In a case-control study, a process to make the cases and the controls comparable with respect to extraneous factors. For example, each case is matched individually with a control subject on variables such as age, sex and HIV status.

Cancer is an increasingly important cause of death among people living with HIV. It’s been estimated that in the US, people with HIV are about twice as likely to smoke compared to individuals in the general population and elevated rates of many smoking-related cancers have been observed among people with HIV. But Dr Hessol and her co-researchers were concerned that previous studies may not give an accurate picture people with HIV were not being compared with individuals with very closely matched risk profiles.

They realised a way of overcoming this limitation was to look at cancer incidence among people with and without HIV recruited to the Women’s Interagency HIV Study (WIHS) and the Multicenter AIDS Cohort Study (MACS). HIV-positive and HIV-negative participants in these long-running studies have very similar demographic and lifestyle profiles, including risk factors for smoking-related cancers. As well as smoking, these risk factors include alcohol consumption, illicit drug use, body mass index and co-infection with human papillomavirus or hepatitis C virus.

The investigators set themselves three aims: to see if incidence of smoking-related cancer differed according to HIV status; to determine if cancer rates differed by sex; and to see what proportion of cancers could be directly attributed to smoking.

Approximately three-quarters of WIHS participants and 44% of those enrolled in MACS were HIV-positive. Smoking was highly prevalent, documented for 65% of WIHS and 60% of MACS participants.

Incident rates were higher in women than in men, and higher in those living with HIV:

“This is one of the largest cohort studies to examine the contribution of smoking to cancer burden among people living with HIV relative to highly similar people without HIV.”

Approximately a third (31%) of smoking-related cancers observed in people with HIV were directly attributed to smoking. The proportion was higher for women than men (39% vs. 28%, p = 0.05).

The investigators were unclear about the causes of the higher cancer incidence seen in women. Female participants tended to have smoked less than male participants, but prior studies have shown women to be more susceptible to lung cancer than men.

“These data lend strong support for integrating smoking cessation interventions into ongoing HIV programs and educating people living with HIV, especially women, about the harm of smoking and the benefits of quitting,” recommend the authors.